These healthy no bake vanilla cinnamon roll cookies are the perfect guilt-free cookie, perfect for Christmas, holidays, parties and even cookie exchanges- They are also packed with protein so could totally be a pre or post workout snack! Made with no butter, oil, flour or granulated sugar, these no bake cinnamon roll cookies are naturally gluten free, vegan, dairy free, paleo, grain free and dairy free!

I told you I wasn’t kidding when I said I would NOT be doing the traditional cookie route. I mean, eggnog, gingerbread, peppermint and sugar cookie are nice, but it’s a little oversaturated.

Case in point? I went to the grocery store on the weekend and the eggnog cartons and peppermint flavored candies were already discounted. Not only that but the Christmas puddings were half off. No surprises there, Christmas puddings on a dessert table are like cilantro… 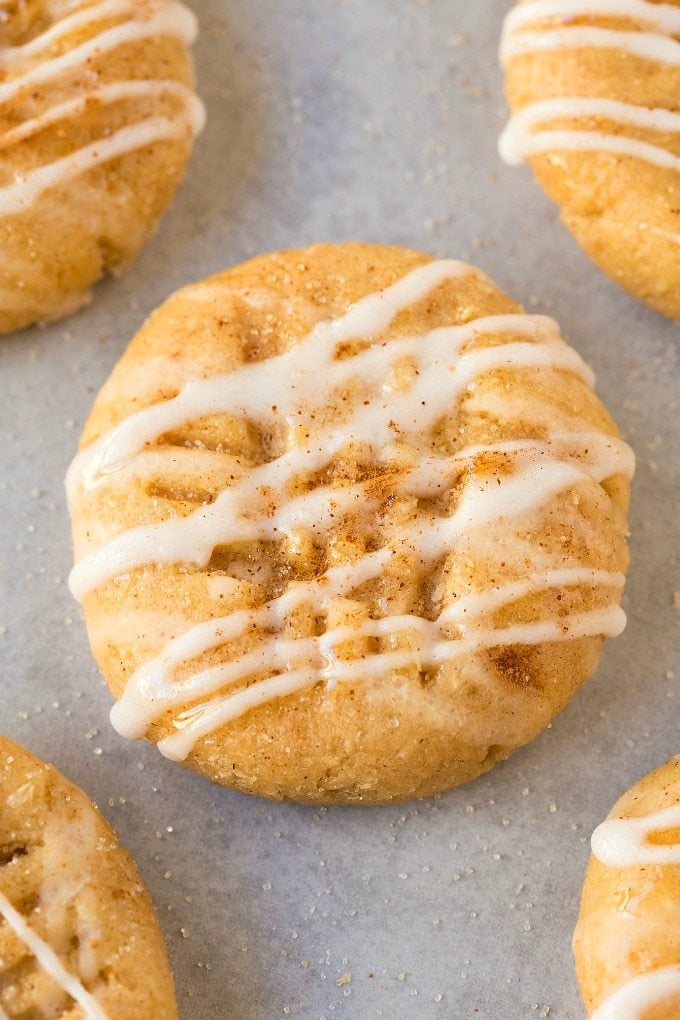 It’s also Wednesday, so let’s see what made my plate!

Today’s eats were from Saturday, where I (once again), ate most of my meals out with friends. Ironically, the place I was most keen on to have brunch at, I was put off by their silly, silly name. Case in point?

Okay, it was just avocado on toast but YOU GET THE POINT.

I was so put off, I only had a coffee and picked up a Subway sandwich afterward. 🙂 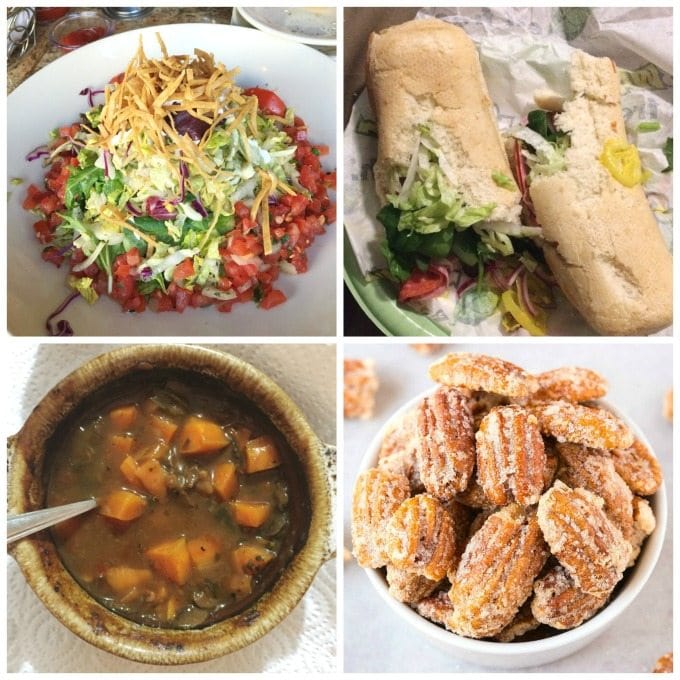 Breakfast- I am ‘operation clean out the freezer’ and found a lentil, butternut and pumpkin soup I made 8 months ago. It wasn’t too bad, but I’m glad for the freezer space. Lunch- A footlong veggie sub with the works. It was cheaper than it’s 6-inch counterpart for some reason…. Snack- The remaining clusters of these candied pecans…which ended up being clusters of sugar. Dinner- The sun was out and I enjoyed al-Fresco dining with some friends- I got the salad special, which was the ‘guacamole’ fiesta- Sour cream, avocado and something else (I forgot) mixed together, over salad veggies and topped with tortilla chips. It was ridiculously deceptive and left me with a stomachache. 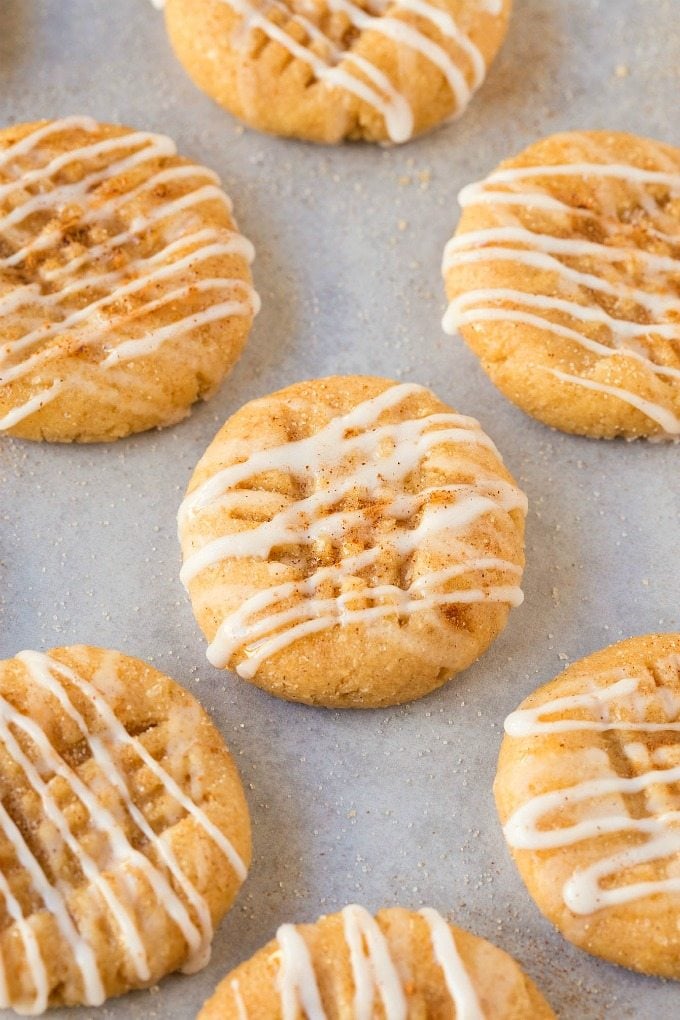 Before we get into today’s recipe, can we take a moment to discuss what ‘makes’ a cinnamon roll a ‘cinnamon roll’?

I ask this because on the weekend, I caught up with some OG high school friends, and one of them showed me a picture of what I thought was a loaf of Irish soda bread. When she said Cinnamon roll, I thought she was joking around.

To me, a sticky cinnamon glaze or frosting is KEY to a cinnamon roll. Unlike a frosted cupcake (where people tend to be either team frosting or team cake), cinnamon rolls are just one team- The glaze. If you don’t like the glaze, then go eat Irish soda bread.

Let’s jump into the recipe, hey?! 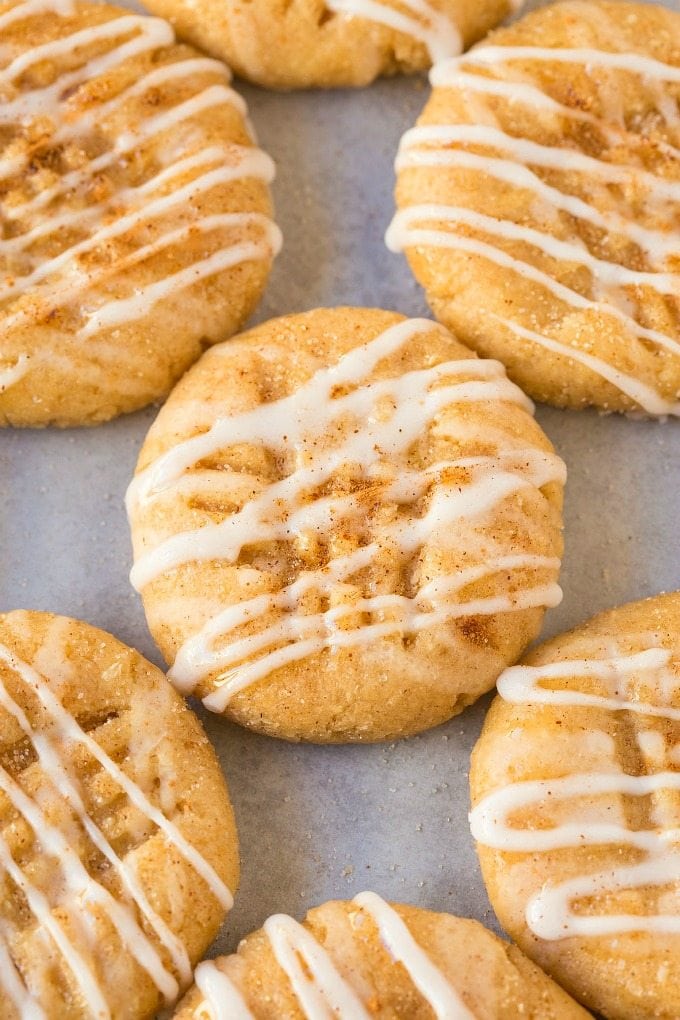 These healthy no bake cinnamon roll cookies are a taste and texture lovers dream! These are an easy, one bowl, fuss-free cookie recipe which requires no baking which are perfect for many occasions- Snacking, dessert, Christmas, holidays, parties, and events- It’s THAT versatile! It’s based off a soft, chewy and fudgy cinnamon cookie base, and frosted not once, but twice!

For such a decadent tasting cookie, you’d think that it would be chock full of butter, oil, flour, grains and sugar, but really, it doesn’t contain any of those! The base is packed with grain free flours, like coconut flour and almond flour. You can also add an optional boost of protein, using either this vegan brown rice protein powder, this casein protein powder, and this paleo friendly protein powder. Instead of butter or oil to hold up, we’ll be using a combination of drippy cashew butter and brown rice syrup or pure maple syrup. It’s then topped with a delicious DOUBLE glaze and voila- Healthy cinnamon roll cookies. Also, because of the ingredients used, these healthy no bake cinnamon roll cookies are naturally gluten free, vegan, paleo, dairy free, refined sugar free and grain free!

HACK! Frosting wise, I did a double glaze, similar to this recipe here. I wanted both a protein glaze AND a coconut butter glaze. Because the protein glaze doesn’t really set, I drizzled that over the cookies first and once covered, I added melted coconut butter mixed with cinnamon and waited for it to firm up! Alternatively, you can omit one or the other, but DON’T OMIT ALTOGETHER. 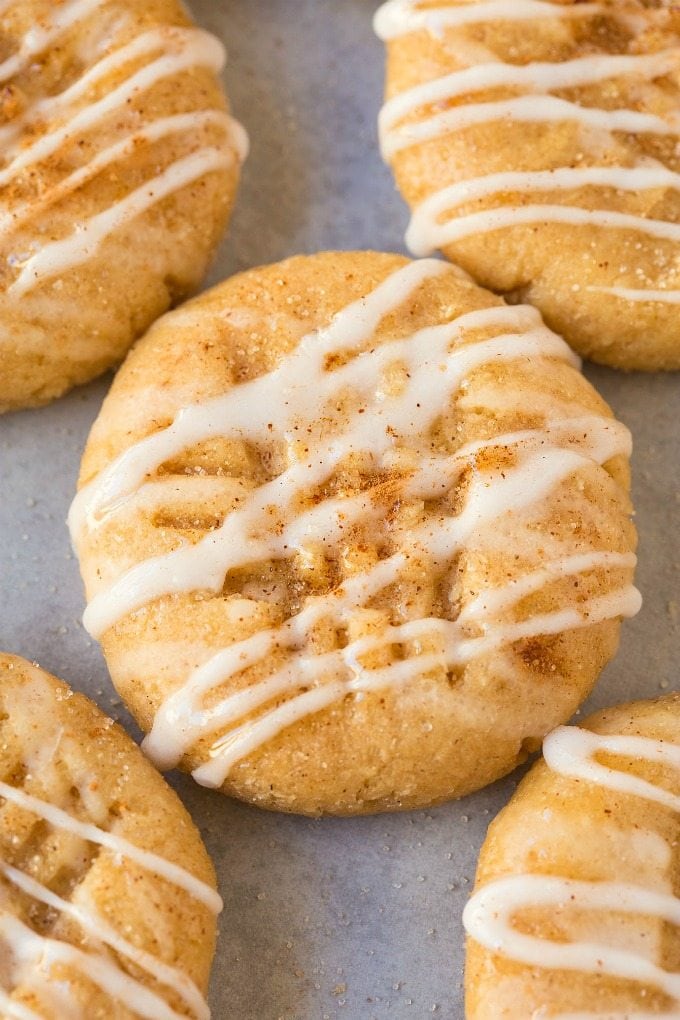 Make these healthy No Bake Cinnamon Roll Cookies and if all else fails, just make the frosting. 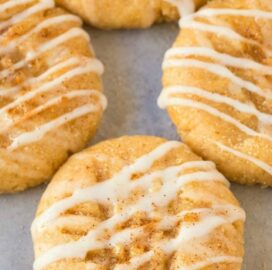 These healthy no bake vanilla cinnamon roll cookies are the perfect guilt-free cookie, perfect for Christmas, holidays, parties and even cookie exchanges- They are also packed with protein so could totally be a pre or post workout snack! Made with no butter, oil, flour or granulated sugar, these no bake cinnamon roll cookies are naturally gluten free, vegan, dairy free, paleo, grain free and dairy free!
5 from 3 votes
Print Rate
Servings: 10
Author: Arman

* Depending on the flour/protein powder you use, you'll most likely need more.
You can omit one of the frostings- If you do, I'd recommend keeping the coconut butter one.
Cookies need to be kept refrigerated, but can also be frozen. Ensure they are thawed slightly before consuming.
Tried this recipe?Give us a shout at @thebigmansworld or tag #thebigmansworld!

Your turn! Link up a full day of eats and let’s get salivating!

What is the lamest name of a cafe/restaurant dish you’ve ever seen? Foxy fiesta bowl… in LA.

The Big Man’s World  is a participant in the Amazon Services LLC Associates Program, an affiliate advertising program. This means that if you click and make a purchase, TBMW receives a small commission, at no cost to you. Cheers, hugs, and handshakes for supporting TBMW!