These keto blondies will be your new favorite keto dessert recipe- so soft, gooey, and slightly chewy! Made in just one bowl, they are low carb and sugar free, but you’d never tell! 3 grams net carbs. 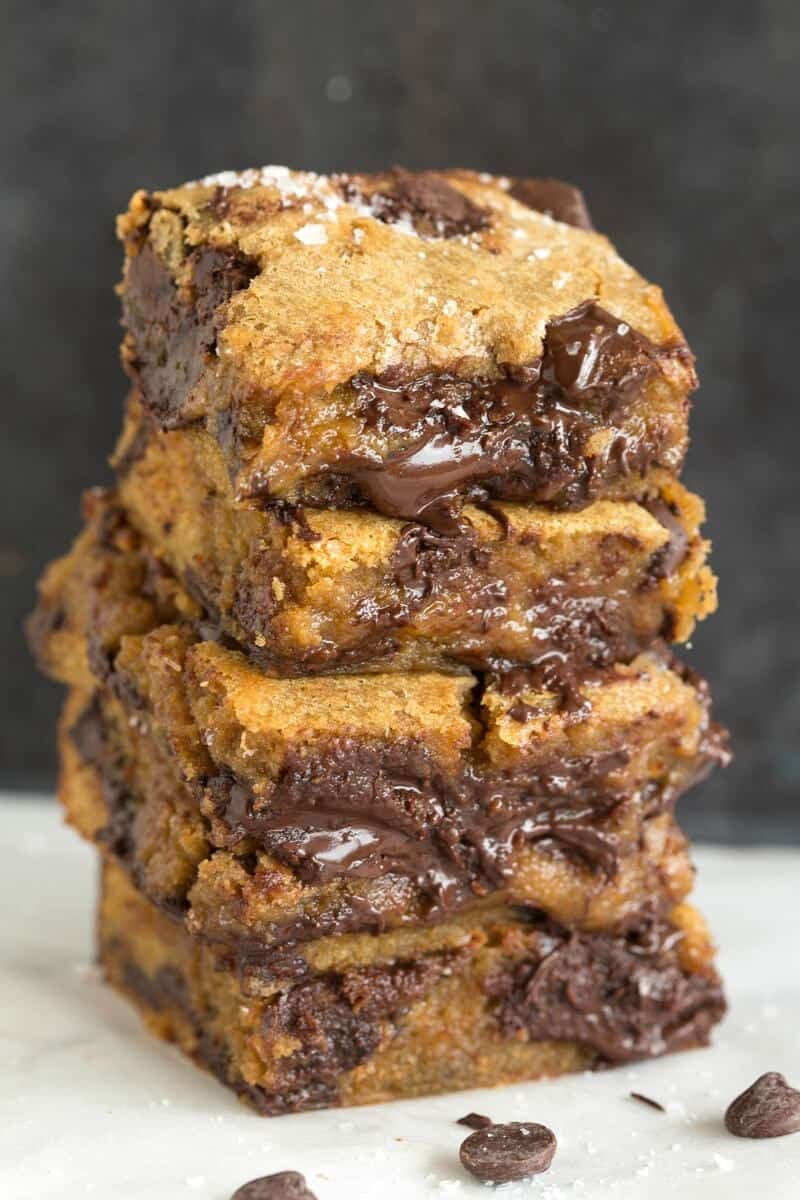 When it comes to classic keto desserts, we love our fudgy brownies, flourless chocolate cake, and these keto blondies.

I’ve been meaning to do a keto blondie recipe for a while now. While I have cranberry blondies and zucchini blondies, I have yet to make one with no fancy additions.

I often call these blonde brownies, as they have the same texture as brownies do- ooey, gooey, fudgy, and rich. The taste differs though, as there is no cocoa powder. They are sweet, hints of vanilla, and mouthfuls of chocolate chips in every bite!

How to make keto blondies

These gooey blondies are so quick and easy to make. Be sure that your batter is smooth when placing it in the oven, otherwise you’ll be left with dried out blondies!

In a mixing bowl, whisk together your almond flour with baking powder and set aside. In a separate bowl, whisk together your softened butter, eggs, golden monk fruit sweetener, and vanilla extract, until combined. Add the dry mixture to the wet mixture, and mix until just combined. Fold through your chocolate chips and any other mix-ins and transfer to an 8 x 8-inch baking pan. Bake the blondies at 180C/350F for 20-22 minutes, or until a skewer comes out ‘just’ clean. Allow keto blondies to cool in the pan completely, before slicing. 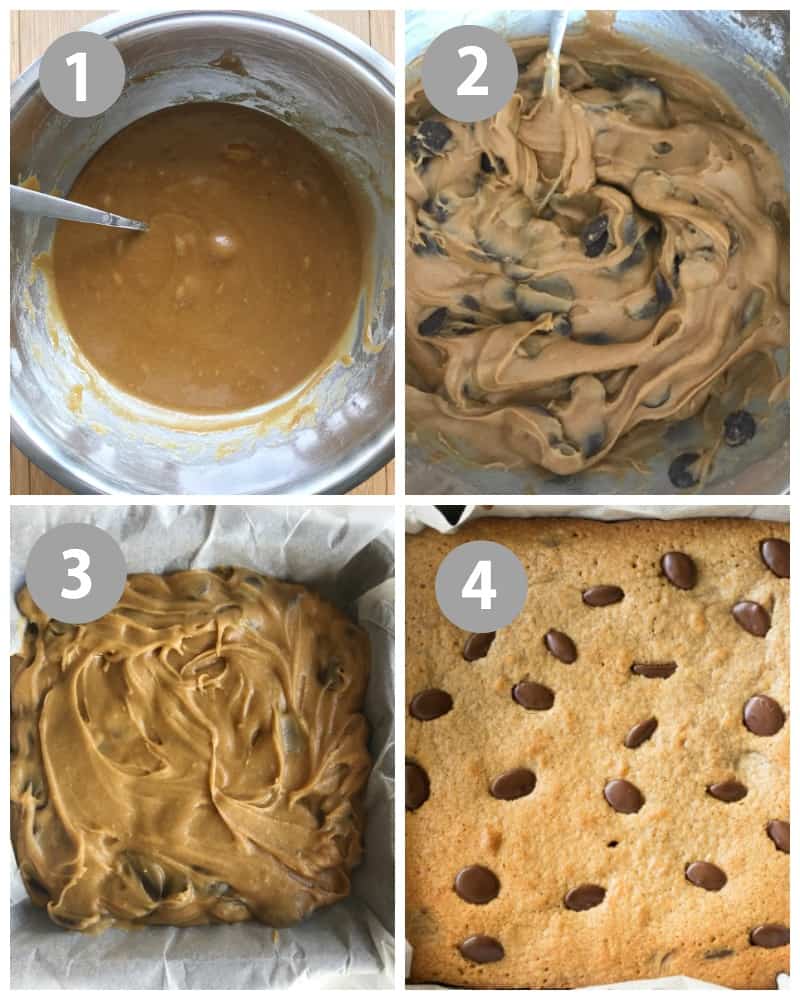 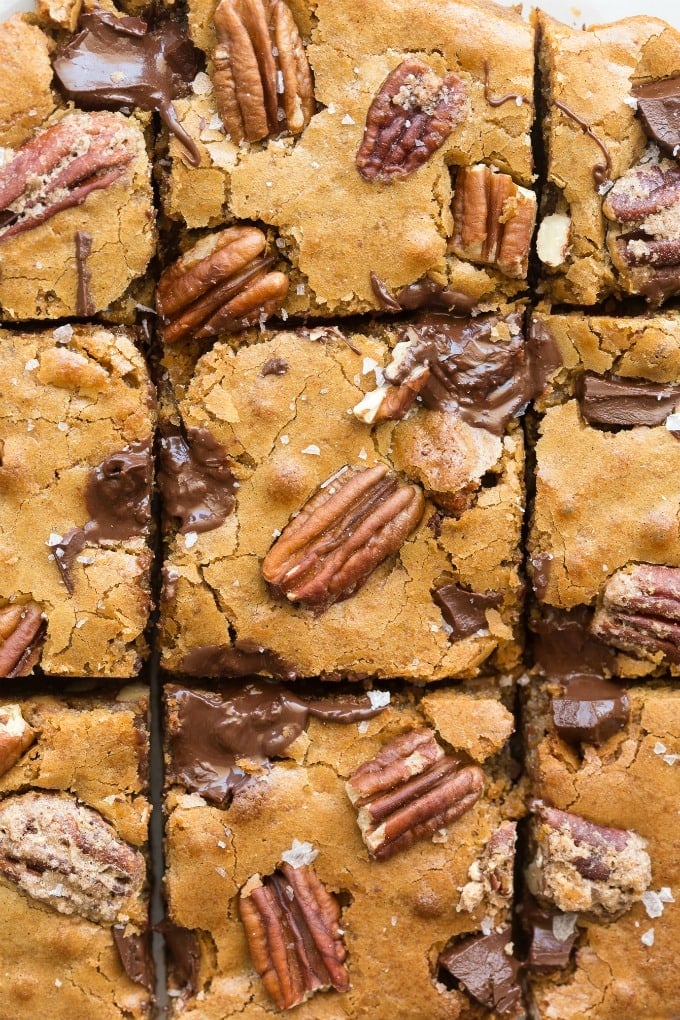 Why are my low carb blondies dry?

There are several reasons why your keto blondies turn out dry. The main one being that you’ve overbaked them. Remember, these blondies continue to cook as they are cooling down, so remove them when they are ‘just’ done. 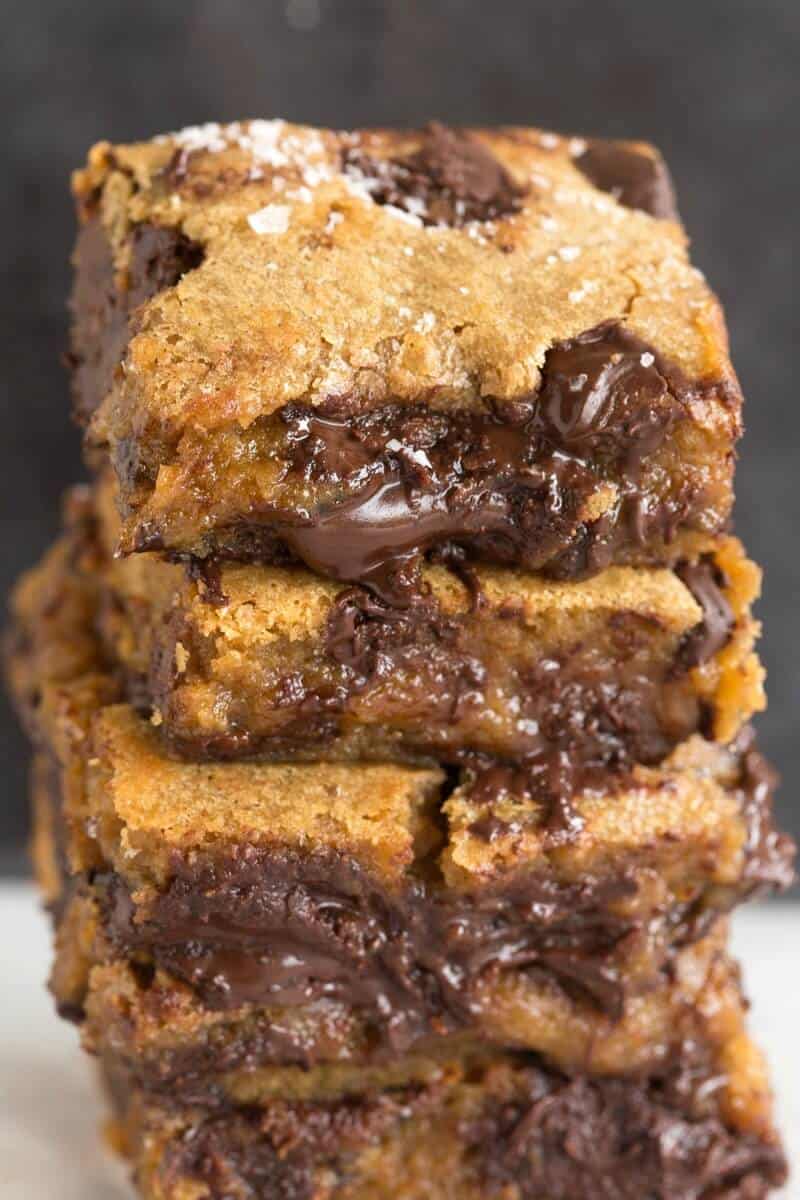 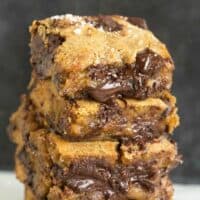 * Egg replacer, like Bob's Egg Replacer.  TO STORE: Keto blondies will keep for at least a week when refrigerated in a sealed container. While the blondies can also be stored at room temperature, that is only best if you intend to enjoy them within 2-3 days.  TO FREEZE: Blondies are freezer friendly and can be stored in the freezer. Wrap blondies individually in parchment paper and place them in a ziplock bag. Frozen pecan blondies will keep fresh for at least 6 months. Thaw frozen blondies at room temperature or in the fridge overnight.