Learn how to make almond flour and stop buying expensive packaged grocery store varieties! All you need is one ingredient and a sturdy food processor! 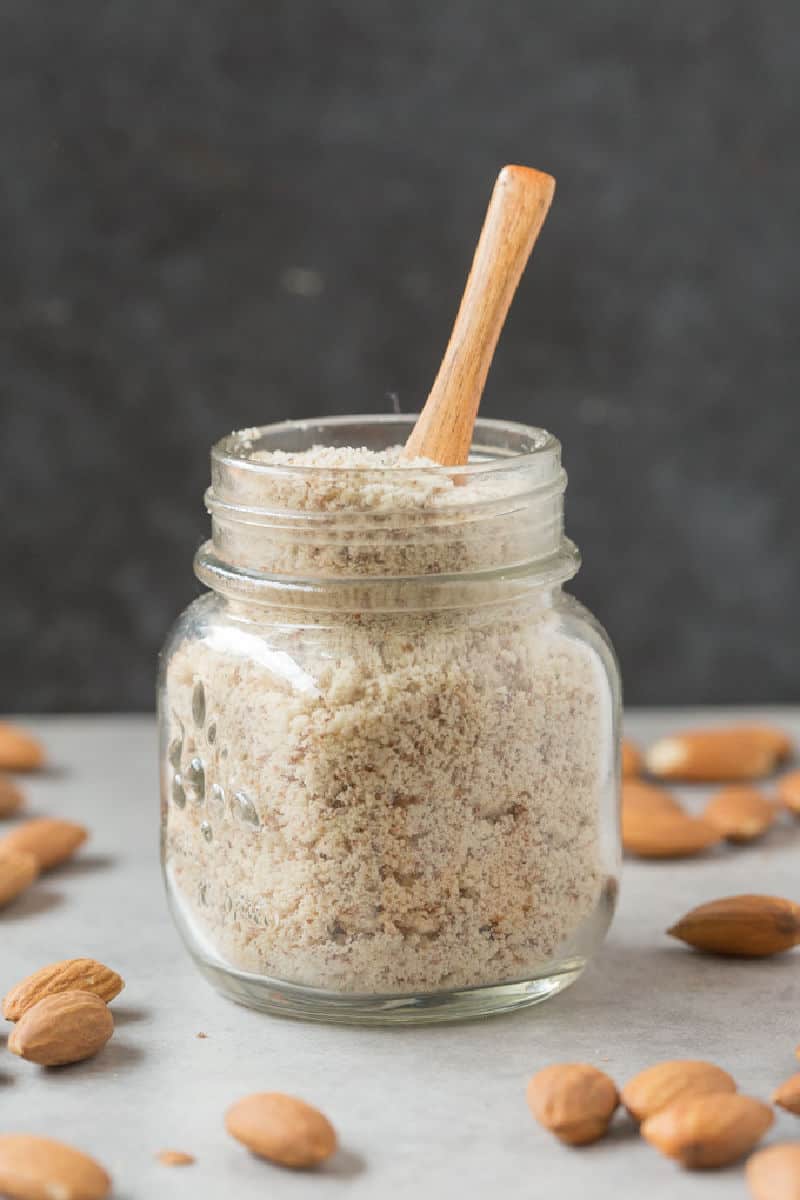 I love making my own pantry staples from scratch, including condensed milk, sugar free chocolate chips, and blanched almond flour.

Ever since I started following a keto diet, I’ve found myself quite limited with what I have to work with, especially when it came to baking. As someone who loves experimenting in the kitchen, I was accustomed to various flours, sugars, and sweeteners. However, the key diet restricts many of the common used ones, and I had to make some significant changes. Instead, I started using keto approved flours, the most popular one being almond flour.

What is blanched almond flour?

Contrary to its name, almond flour isn’t actually flour. It is finely ground up almonds which produce a superfine texture. While it is often made with whole almonds (often called almond meal or standard almond flour), this isn’t what is best to use in recipes. Instead, they use what is called blanched almond flour.

Now, I’ve been meaning to share a blanched almond flour recipe for quite some time. It’s been a game changer in terms of cutting my grocery bill down, and it literally takes seconds to make. For all of you who’ve been afraid to try a homemade version, you have nothing to fear. All you need is one ingredient (blanched almonds!) and a high speed blender or food processor!

Several of my friends who also follow a gluten free and grain free diet have all started making their own too, and LOVE how much money they have been saving!

How do make blanched almond flour?

In a high speed blender (with ice blending capabilities) or in a food processor, add your almonds. Blend very well, until a powdery texture remains. Stop and start the blender/food processor several times, to shake it all up to make sure all the almonds are well blended. Be sure not to over blend, otherwise, you will start making almond butter! 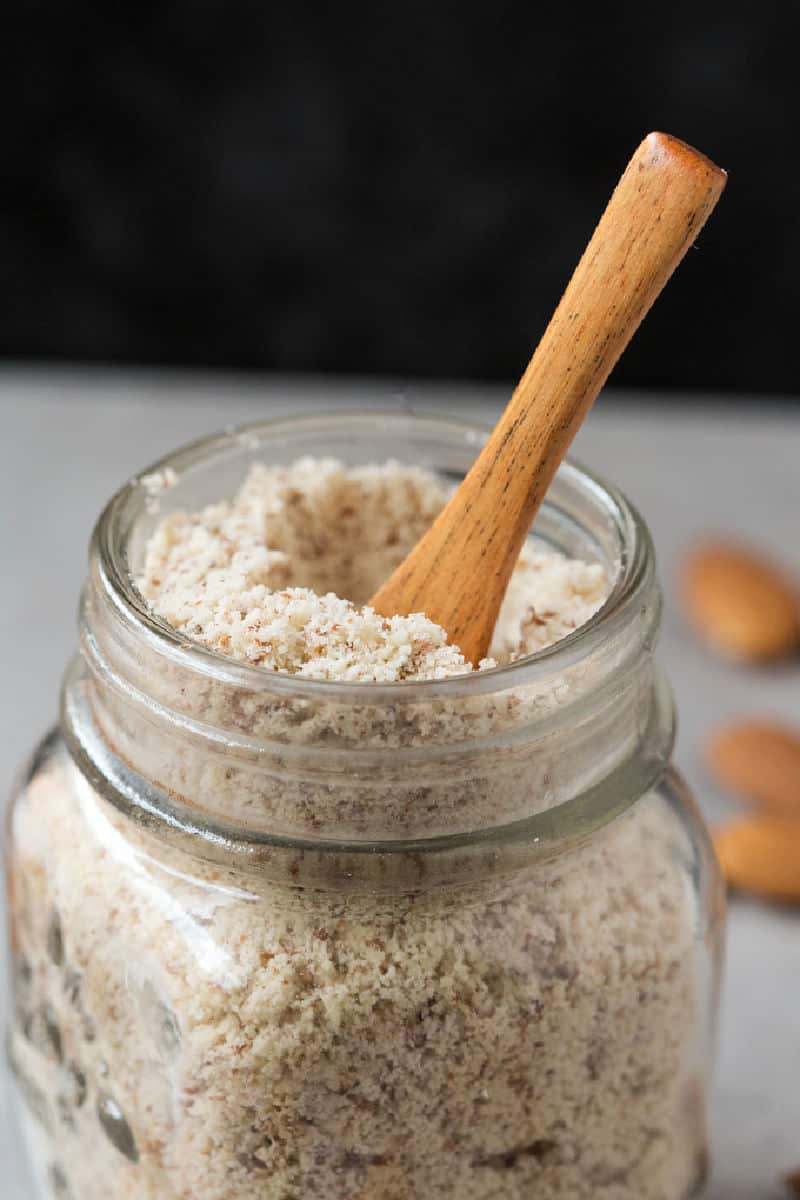 Can I blanch my own almonds?

If you can’t find almonds with their skins removed, you can easily do so at home.

To blanch almonds, place them in a mixing bowl and cover with boiling water. Let it sit for around a minute, before removing the liquid. Next, strain the almonds and place them on a damp towel. Rub the almonds to loosen their skin.

Now, rub the almonds until the skins peel off, before letting them dry out completely. 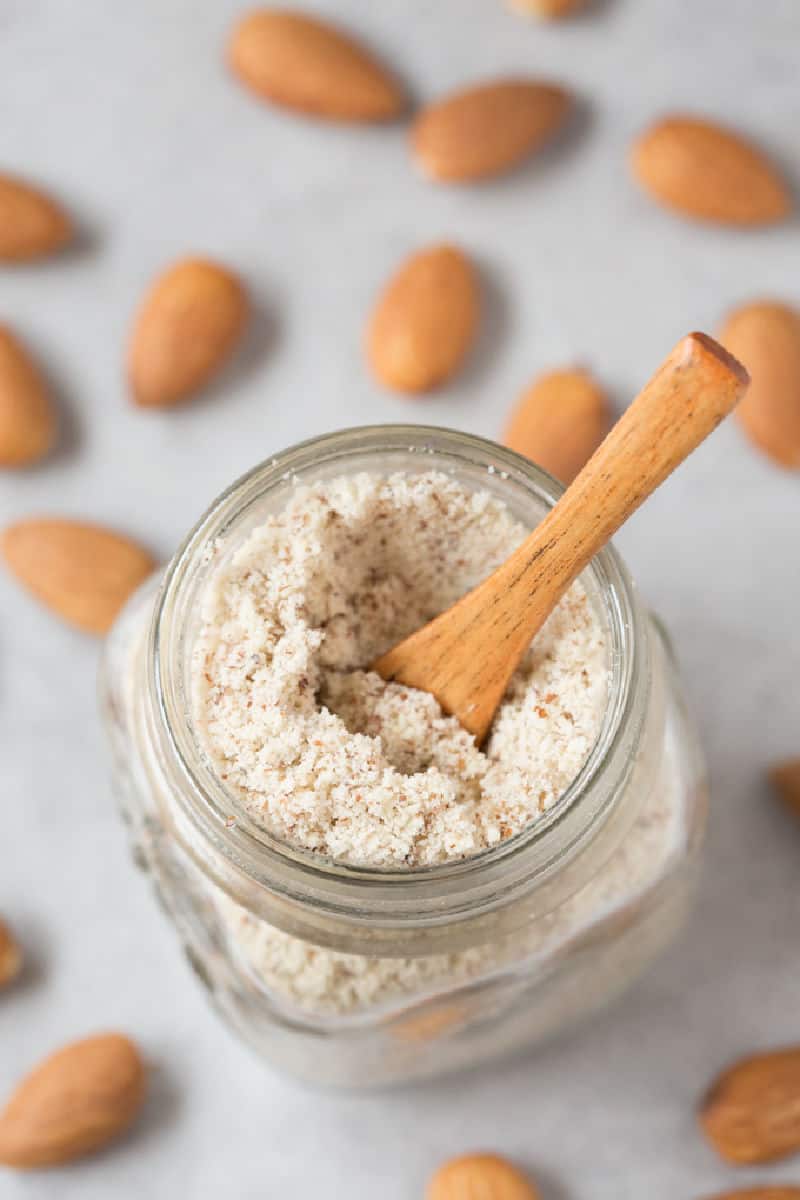 TO STORE: Just like any other flours or baking staples, blanched almond flour can be stored at room temperature, in a sealed container. They will keep well for 6 months. Any longer and the flour will begin to clump up and become thick.  TO FREEZE: Place the flour in a ziplock bag and store it in the freezer for up to 6 months.