These almond flour brownies are fudgy and gooey brownies that are naturally low carb and gluten free! Simple ingredients and made in just one bowl, they are a foolproof dessert. 3 grams net carbs per brownie. 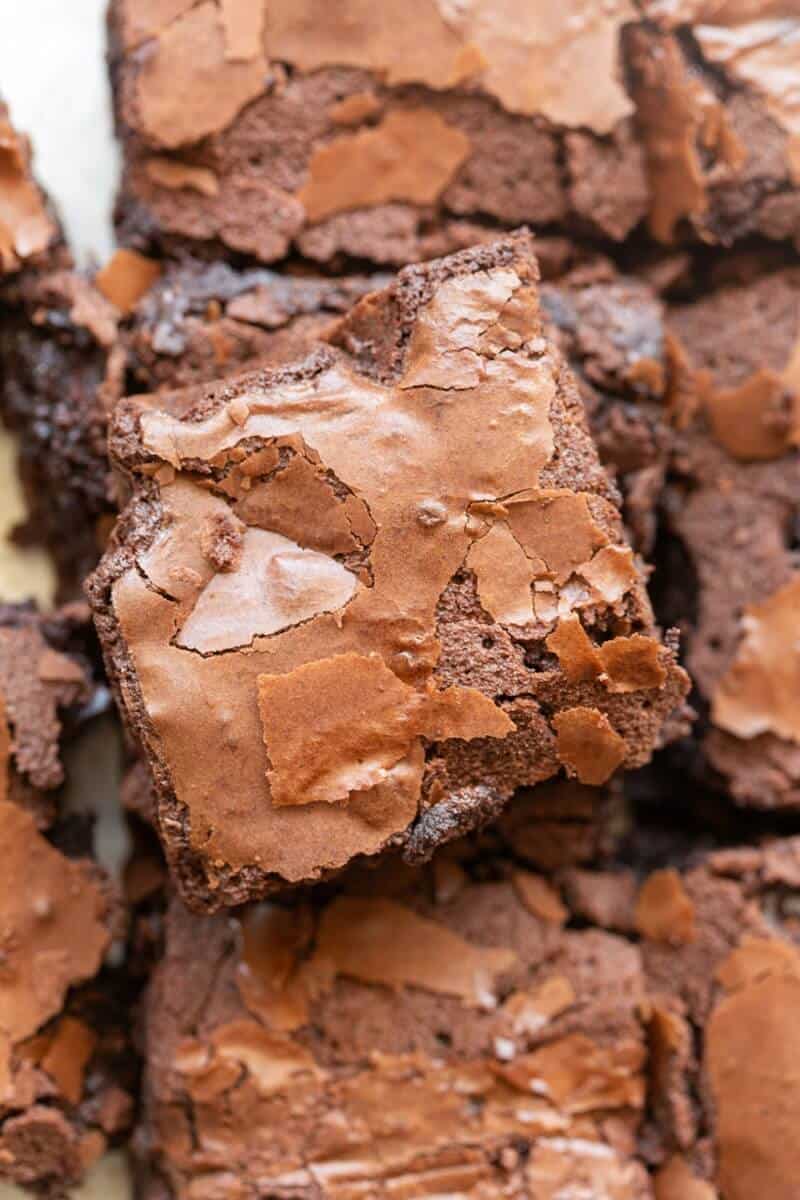 It’s no secret that I love a good brownie recipe. Just having a quick look through my archives, I’ve got over 15 brownie variations on here. Some may say that is too much, but for me, that is NEVER the case. As I’ve recently cut grains out of my diet, I wanted to create brownies made without grains!

I’ve been meaning to share an almond flour brownies recipe for quite some time. One of my friends had a birthday recently, and being celiac, I thought I’d bring along a batch of these brownies to her small gathering.

Now, these brownies may look like something out of a box, but I promise you, they are SO simple to make and literally need just one bowl.

No grains, no sugar, and no oil needed, but you’d never tell. They are thick, fudgy, and soft, with plenty of chocolate chips throughout. They are sweet, rich, and dark, without being sickly sweet!

I brought these to my friend’s birthday and NO ONE believed me when I said that no grains or white flour were used in the recipe- They tasted just like any good wheat based brownie, if not better!

How do you make almond flour brownies?

Start by mixing together your almond flour, baking powder, and salt, and set aside. In a separate bowl, gently whisk together your softened butter, sweetener, vanilla extract, eggs, and cocoa powder, until smooth. Now, gently fold in your dry ingredients and mix until combined- the batter should be smooth and ever so slightly grainy, from the almond flour. If using chocolate chips, fold them through at the end.

Now, transfer the brownie batter into a lined. 8-inch pan. Bake for 35 minutes, or until the edges are crisp and a skewer comes out the center clean. Remove from the oven and allow to cool in the pan completely. 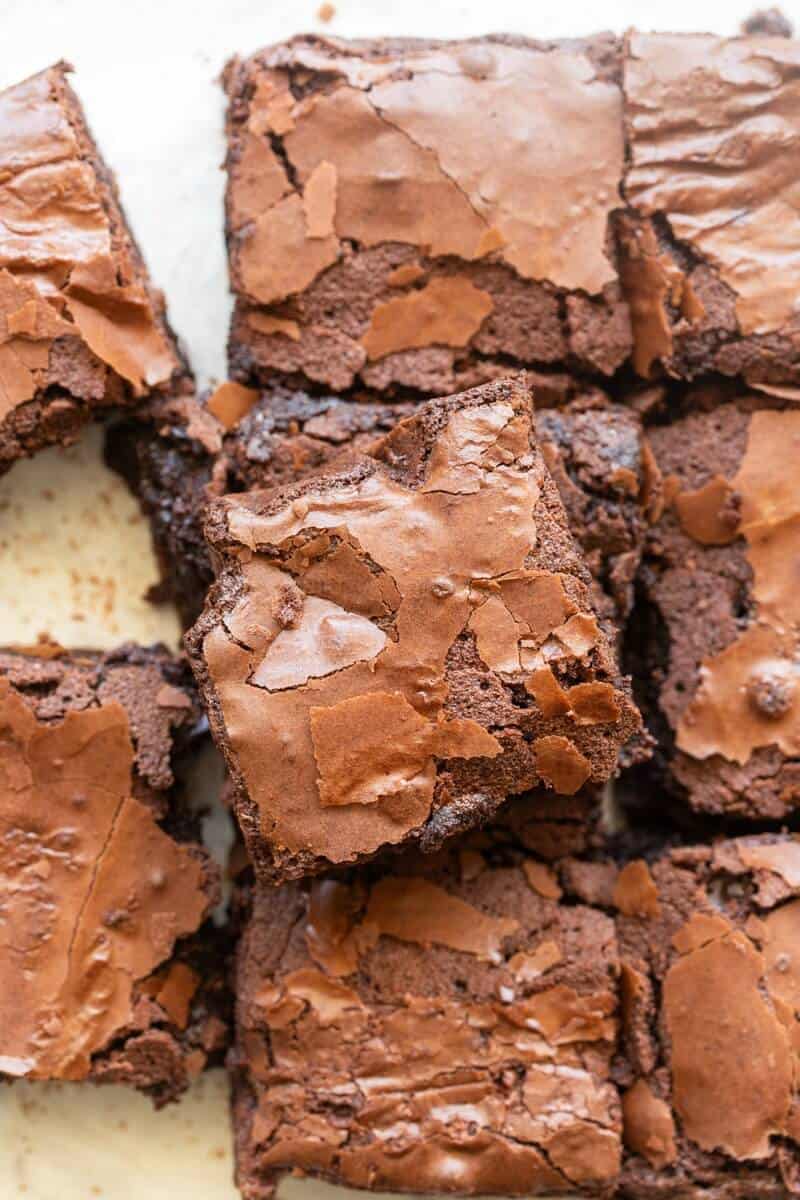 Can I substitute the eggs for something else?

I’ve tried substituting the eggs for a flax egg to make vegan almond flour brownies and was not pleased with the result. The brownies wouldn’t hold shape and didn’t cook very well. I also tried an egg replacement from a package (Bob’s Egg Replacer). This one worked better but wasn’t as fudgy as I wanted it to be.

Provided you use blanched almond flour, you won’t even know there are any almonds or ground nuts in this.

I’m not keto. Can I use standard sugar and chocolate chips?

Yes, if you don’t follow a low carb or keto diet, you can use white sugar instead of the granulated sweetener and also traditional chocolate chips.

How to store brownies 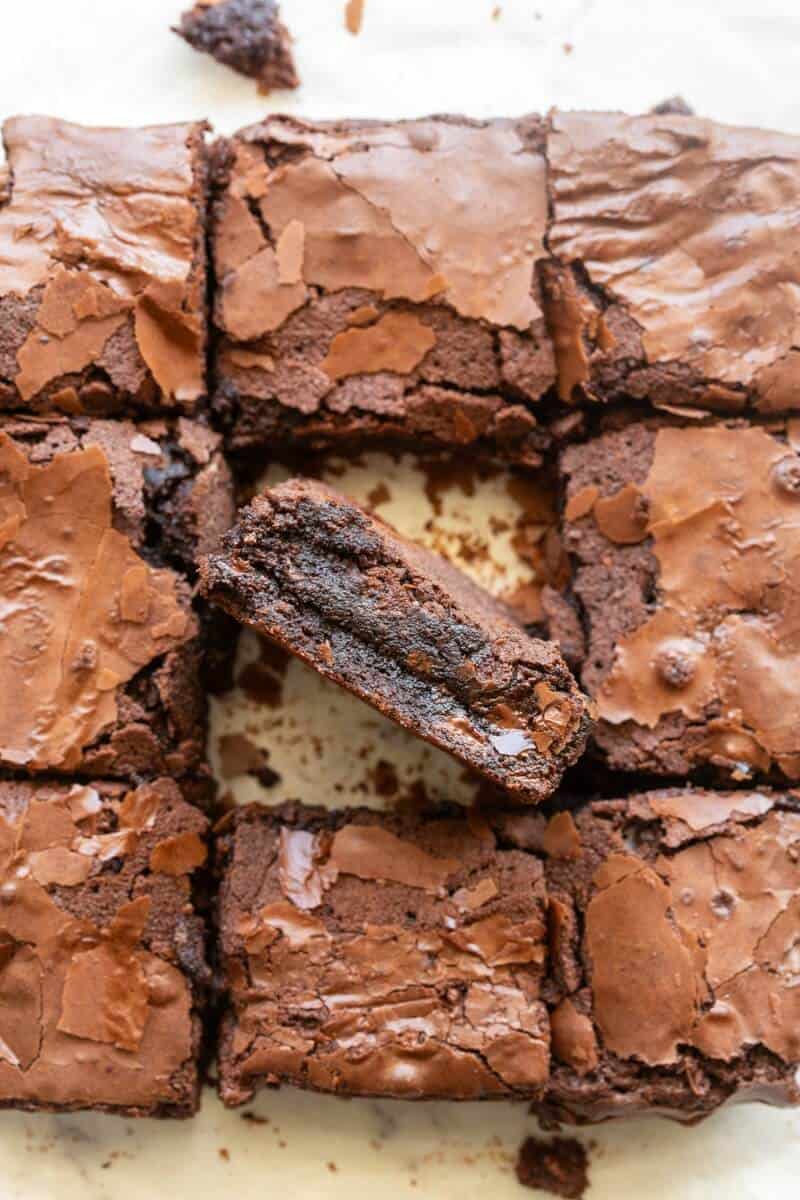 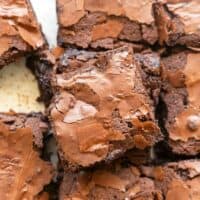 * See post for eggless/vegan option. TO STORE: Leftover brownies should be stored in the refrigerator in a sealed container. Brownies will keep well for at least 7 days. TO FREEZE: Place brownies in a ziplock bag and store in the freezer for up to 6 months.