These rich, fudgy and delicious flourless fudge brownies need just three ingredients for the base and come with several healthy frosting options! Unlike traditional brownies, these contain no butter, oil, flour or sugar and are suitable for those following a vegan, gluten-free, paleo, keto, refined sugar free and dairy free lifestyle! 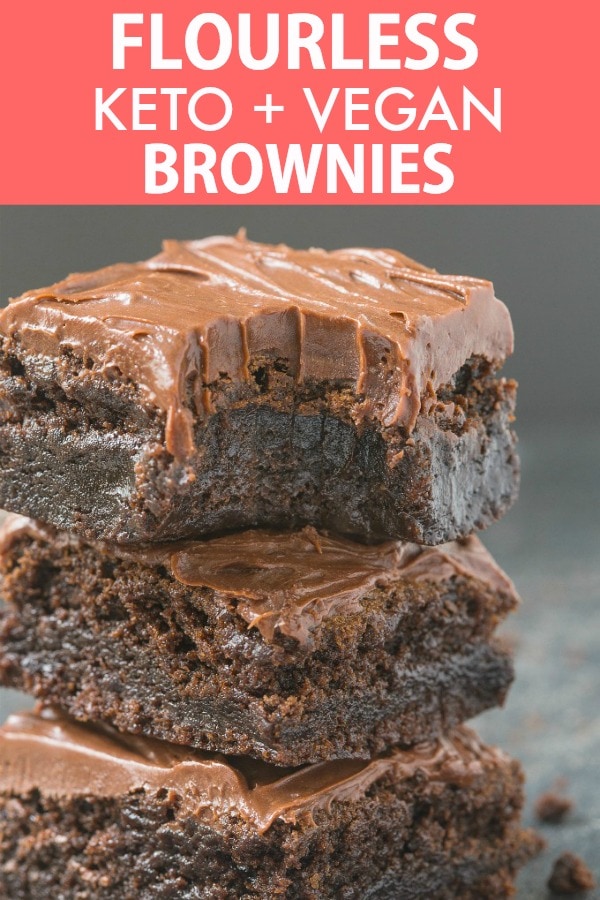 I still remember when I first posted this healthy 3 ingredient flourless brownie recipe. It was a recipe I’d made on a whim before I came to America last year. There were two reasons it took me so long to post it (I didn’t post it until September!):

Saying that, I’m glad I bit the bullet and ended up sharing them on here- They’ve been one of my most made (and copied!) recipes and totally quashes any chocolate craving without the typical butter, sugar, flour and oil counterparts typically found in brownies. 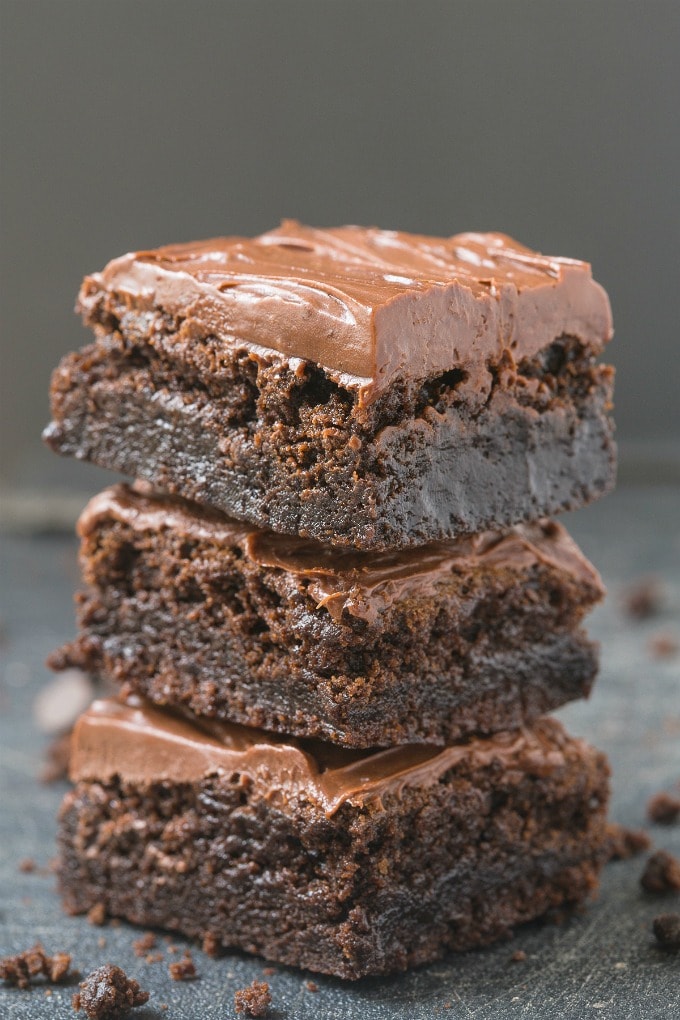 While these healthy flourless brownies have been a staple in many people’s day to day diets since it’s been posted (For those who follow my bud Alexis on Snapchat know she even made it live two days ago!), the two biggest ‘complaints’ or ‘feedback’ I’ve received have been-

I totally understand both those remarks. Not everyone is the biggest fan of banana, especially in recipes calling for very few ingredients and as for the tops, because of the lack of protein powder, sugar or butter, they pretty brownie tops are often M.I.A. So how to combat that? I’ve got you covered with today’s twist on the original!

How to achieve rich, thick brownies

To combat the overpowering banana flavor, I used strictly dark cocoa powder and increased the amount by 2 tablespoons. Unlike Dutch processed cocoa (which is still delicious in its own right) or baking cocoa powder, dark cocoa powder has a rich, bold, subtle taste which really enhances the recipe and really takes over any trace of banana! 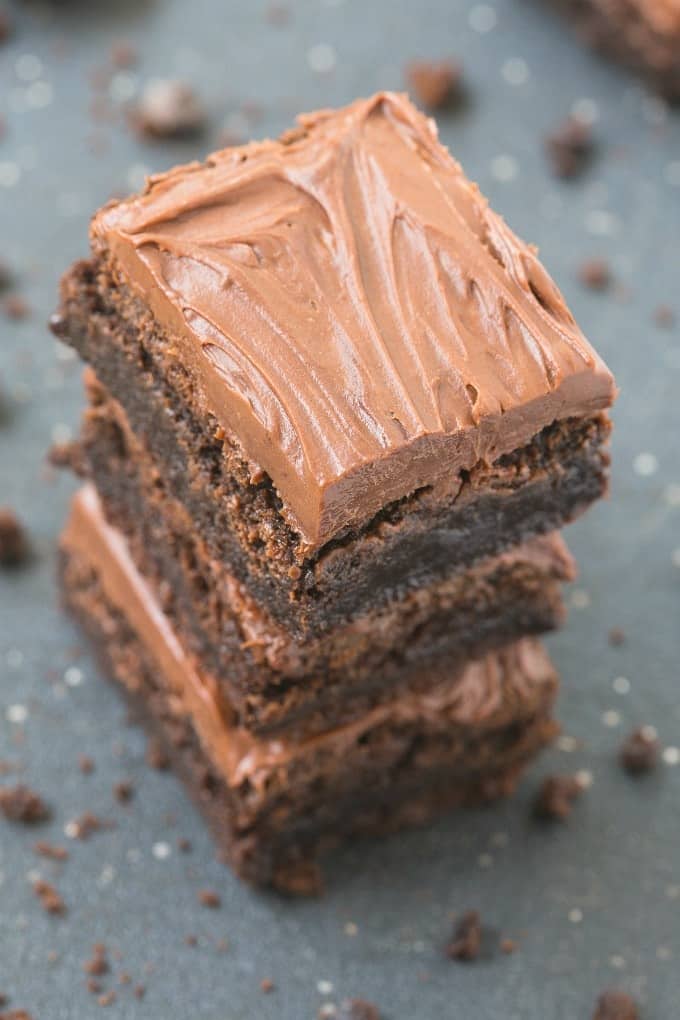 To combat the tops, I took the easy way out- FROST IT! Now when you hear frosting, you may be thinking ‘Great, so much for keeping the brownie healthy’ but listen up- There are options! Because I’m a fan of adding protein to well…anything possible, I opted to use my stand-by protein frosting which I’ve included in the instructions.

I prefer using casein protein powder or brown rice protein powder, but to keep it paleo, use the paleo protein powder. If you have no dietary restrictions, definitely go the casein protein route- It really does resemble a ‘frosting’ texture and packs a protein punch. Not a fan of using protein? I also included a tested dairy free cream cheese version and the standby dairy free chocolate chunk and coconut oil option too!

Okay, now how about we talk about the actual recipe?

These healthy flourless fudge brownies are rich, soft and super fudgy, you’d be surprised that they only contain THREE ingredients- None of them being butter, oil, flour or sugar! Thanks to the layer of healthy frosting on top, they taste even more fudgy!

While the process of making the brownies is super easy, the hard part is waiting to enjoy them- While tasting amazing from the oven (pre-frosting), for optimum taste and texture, it’s best to allow them to cool completely and refrigerate them. 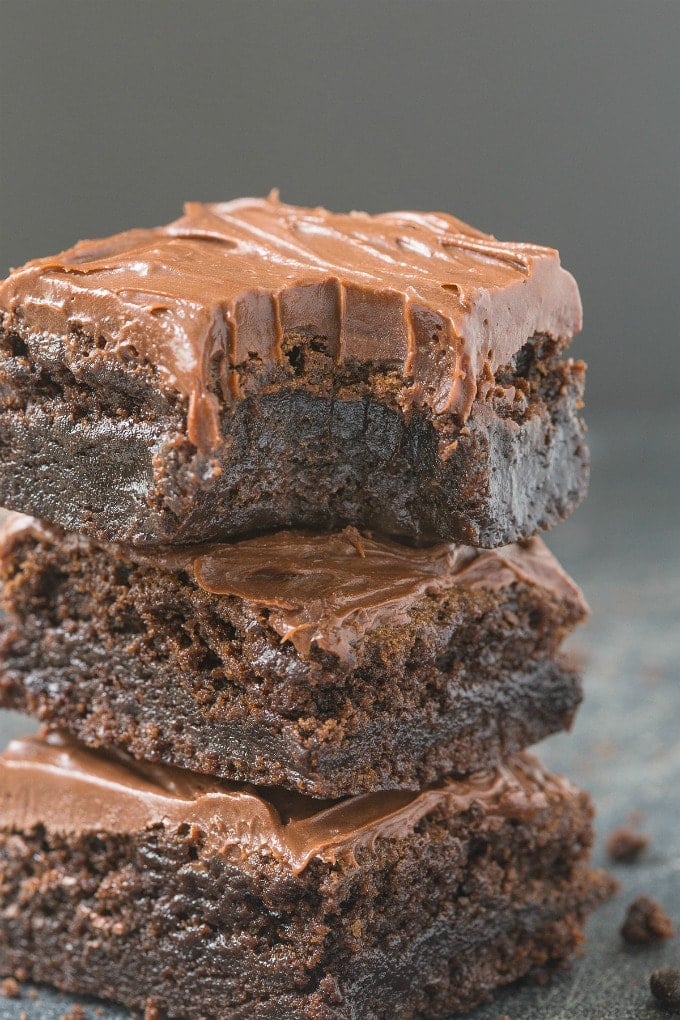 Make these healthy flourless fudge brownies and embrace MOST** feedback.

Sometimes, they can lead to VERY good things.

** I shall not embrace feedback to replace my sidebar picture with a muppet. 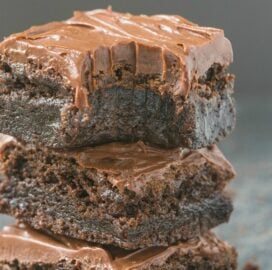 For the Coconut Chocolate Frosting

For the Protein Frosting

For the Cream Cheese Frosting

For the protein or cream cheese frosting

For the chocolate coconut ganache

* Adjust accordingly- Depending on the protein powder or thickness of cream cheese, you may need less or more.  Healthy Flourless Fudge Brownies (Keto, Vegan, Paleo) are best enjoyed out of the fridge. They are freezer friendly too.