This keto banana pudding a low carb and sugar free take on the classic dessert! Made with NO actual banana and just 4 ingredients, this is a simple and elegant no bake dessert! 2 grams net carbs per serving. 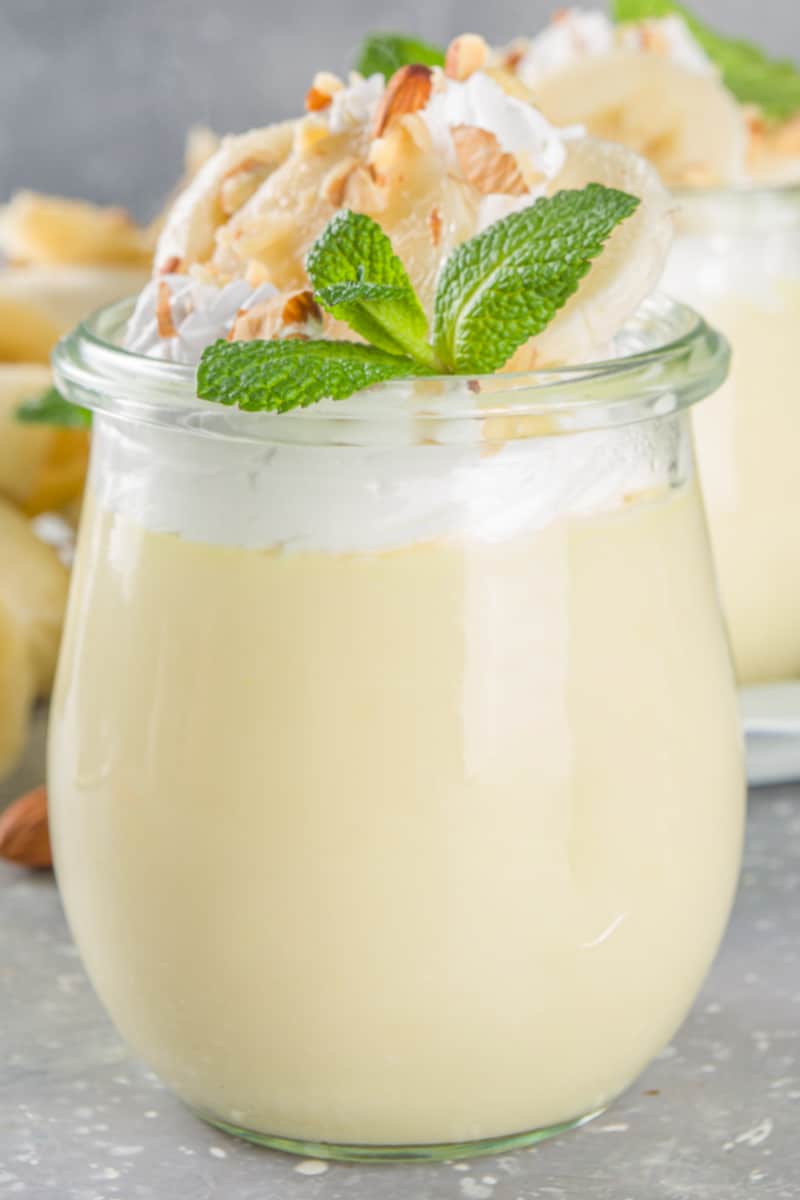 When it comes to keto banana desserts, my favorite recipes to make are banana bread, fat bombs, and this keto banana pudding.

Growing up, my mom rarely made cakes and other baked goods. Instead, she preferred to make crumbles, pies, and the occasional pudding. While I was never really a fan of her crumbles (she was a fan of rhubarb, which I was not) or her pies (she didn’t have a sweet tooth so they were quite bland), I did enjoy her puddings. While she did the classic custard version and chocolate version, the one I really loved was her banana pudding.

Mom’s banana pudding is probably up there with some of my all time favorite desserts. She was given the recipe from one of her college friends and it became a family staple. Whenever we had extra bananas on hand, I knew that the famous pudding was in the near future! When I first moved out of home, it was one of the first recipes I ever made. When I went keto, it was one of the first recipes I gave a low carb makeover to!

I’ve been meaning to share a keto banana pudding recipe for quite some time. I’ve been making it so often in the past few months, I’ve even got my friends hooked on it. One of my friends absolutely despises real bananas, but they polished off this pudding and even begged me for the recipe!

No sugar and no bananas are needed, but you’d never tell. The texture is thick, smooth, and super creamy. The pudding is sweet and full of banana flavor, without being overpowering.

I visited my mom the other day and shared some of this pudding with her she could NOT believe that there was no banana in it- She thought it was ALMOST as good as her version!

How do you make a keto banana pudding?

Start by whisking together the egg yolks with the sweetener until combined. Next, add the heavy cream until a small saucepan on low heat, bring to a gentle simmer. Once it begins to simmer, remove it from the heat and let it sit until it is warm, but not hot. Gently fold through a third of the egg mixture into the warm cream and whisk well. Add another third, before whisking again, before adding the remaining mixture, until combined. This ensures the eggs heat up, without cooking or becoming scrambled eggs.

Now, transfer the mixture back into the saucepan and add the banana extract. On low heat and while stirring, bring the mixture to a simmer. Once it begins to simmer, continue to stir it until it begins to thicken. Once it is thick and creamy, remove it from the heat.

Finally, pour the pudding through a strainer and into a mixing bowl. Stir several times, before covering it completely with plastic wrap. Refrigerate for at least 2 hours to firm up and chill. Once chilled, use a stick mixer to blend it all together until creamy and smooth. Distribute the pudding into serving dishes and enjoy. 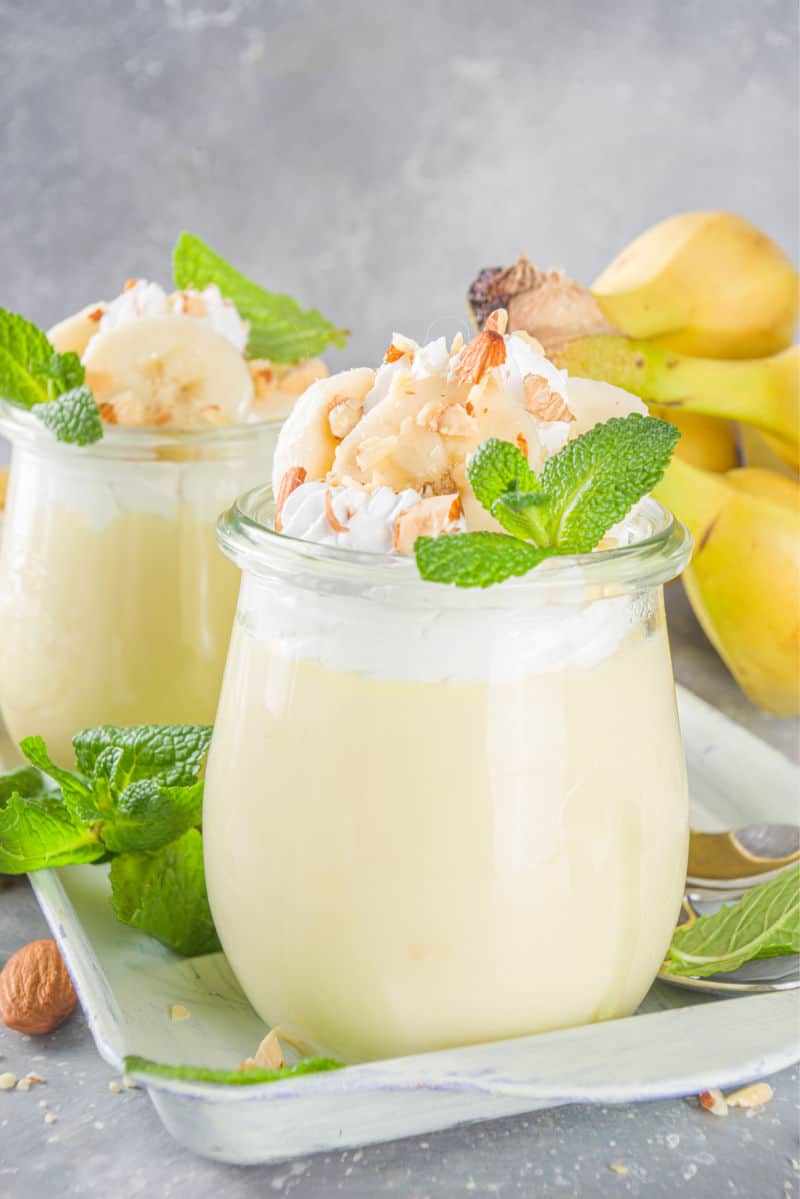 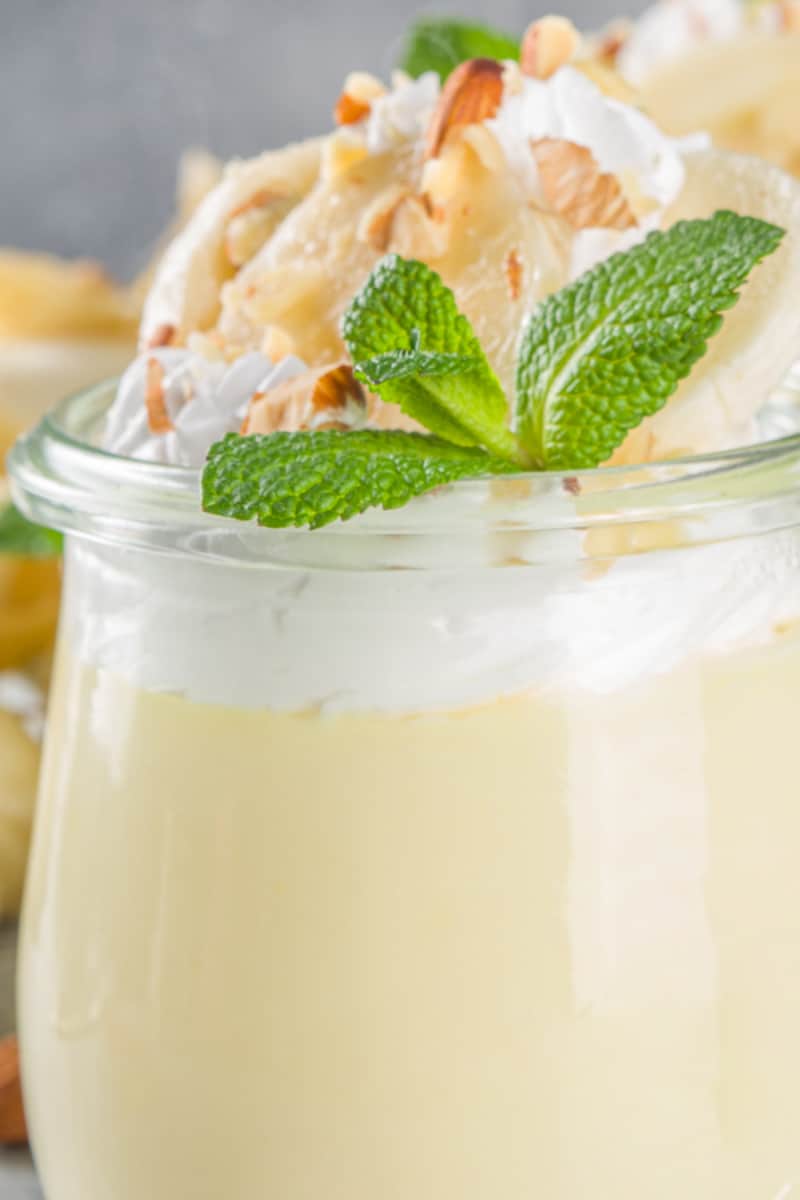 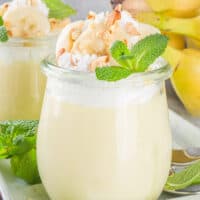 TO STORE: This pudding should always be stored in the refrigerator, covered. It will keep fresh for up to one week.  TO FREEZE: Place leftovers in a shallow container or individual ramekins and store them in the freezer for up to 6 months. The pudding needs to be thawed completely before eating it.  Recipe loosely adapted from here.