Greek yogurt brownies are lower far and sugar free brownies that use yogurt to replace any oil or butter! Gooey, fudgy, and made in one bowl, they are a guilt-free chocolate treat- Each brownie is under 100 calories!

When it comes to healthy desserts, I can never say no to raw brownies, chocolate ice cream, and healthy Greek yogurt brownies. 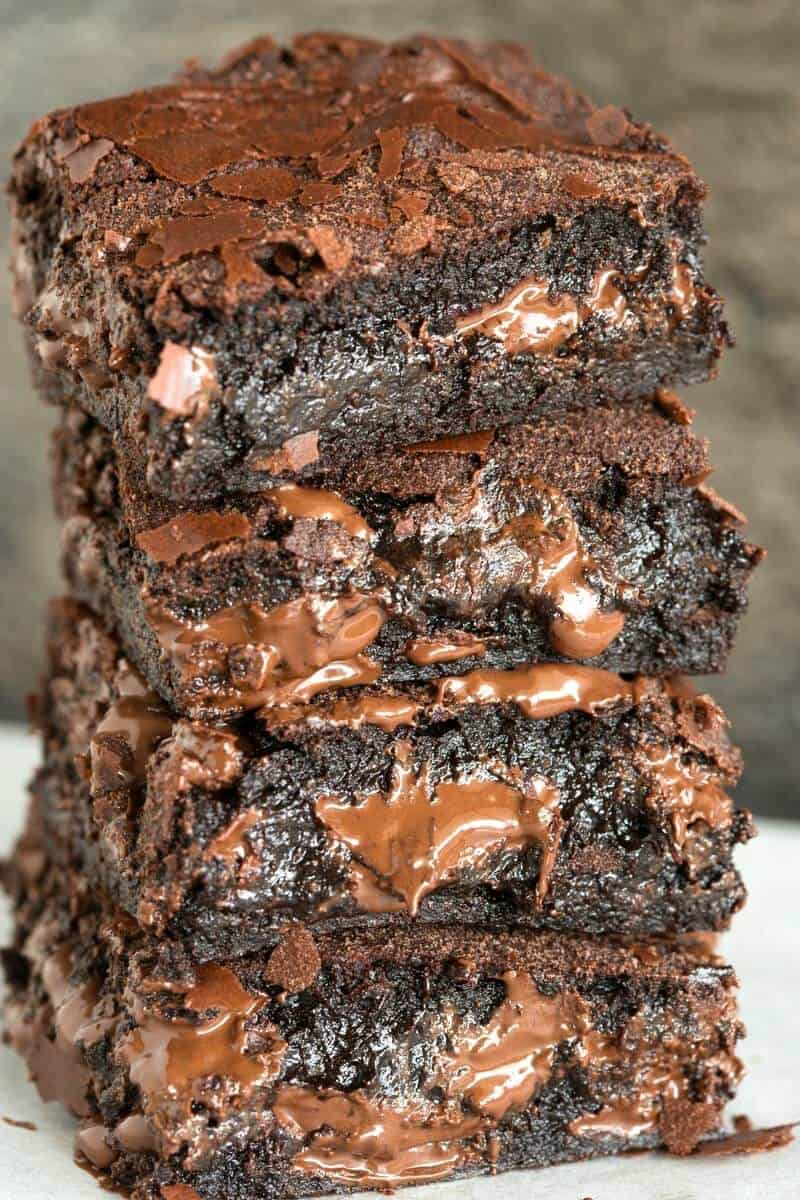 Brownies are one of the best desserts ever, and as someone who enjoys them on a regular basis, substituting some of the more unhealthy ingredients for healthier ones is always a plus. Swapping out oil and butter for yogurt has been a game-changer in my dessert game!

Unlike applesauce or pumpkin puree, replacing the fat with Greek yogurt did NOT result in a gummy or dense texture. In fact, when I served these yogurt brownies to some friends, they thought they must have come out of a box. See, they are as thick and fudgy as any good brownie out there, minus all the fat, calories, and carbs!

If you are skeptical about adding yogurt to your brownies, don’t fret- You won’t even be able to taste it!

How do you make Greek yogurt brownies

In a mixing bowl, add your dry ingredients and mix well. Melt your chocolate, before whisking in your yogurt and vanilla extract. Combine the two, before slowly adding in the milk or water. Mix until just combined. If using chocolate chips, fold through at the end. Transfer to an 8 x 8-inch pan and bake at 180C/350F for 30 minutes, or until a toothpick comes out clean. 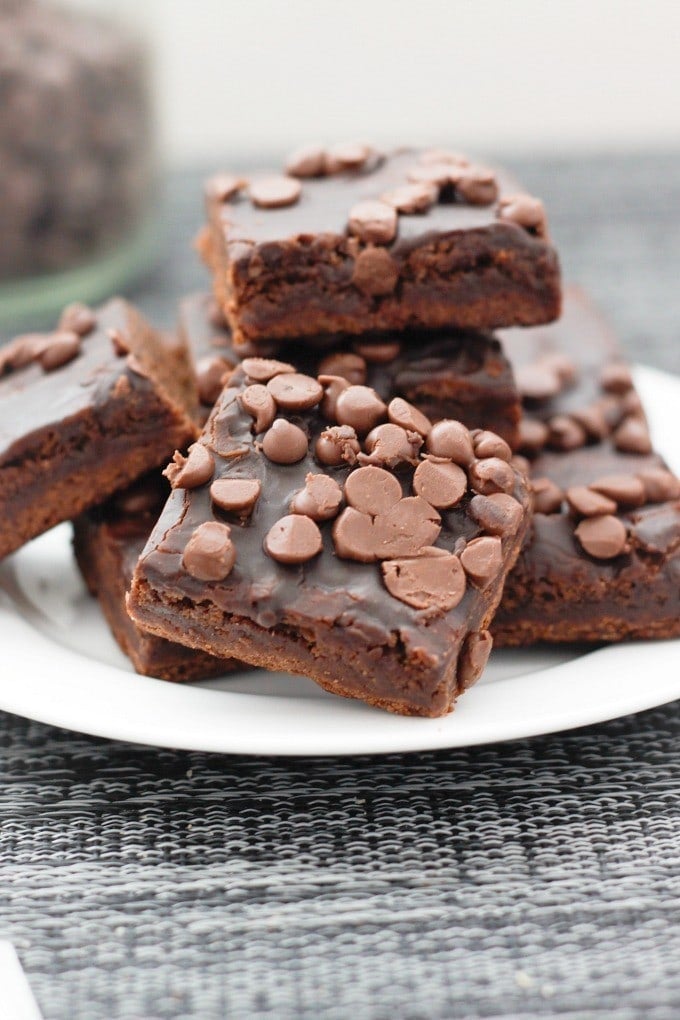 Are these brownies vegan?

Yes, these brownies have been tested to be vegan, using the following substitutions-

Can I make these gluten free?

I have not tried this with a homemade gluten free flour, so I cannot vouch for that. 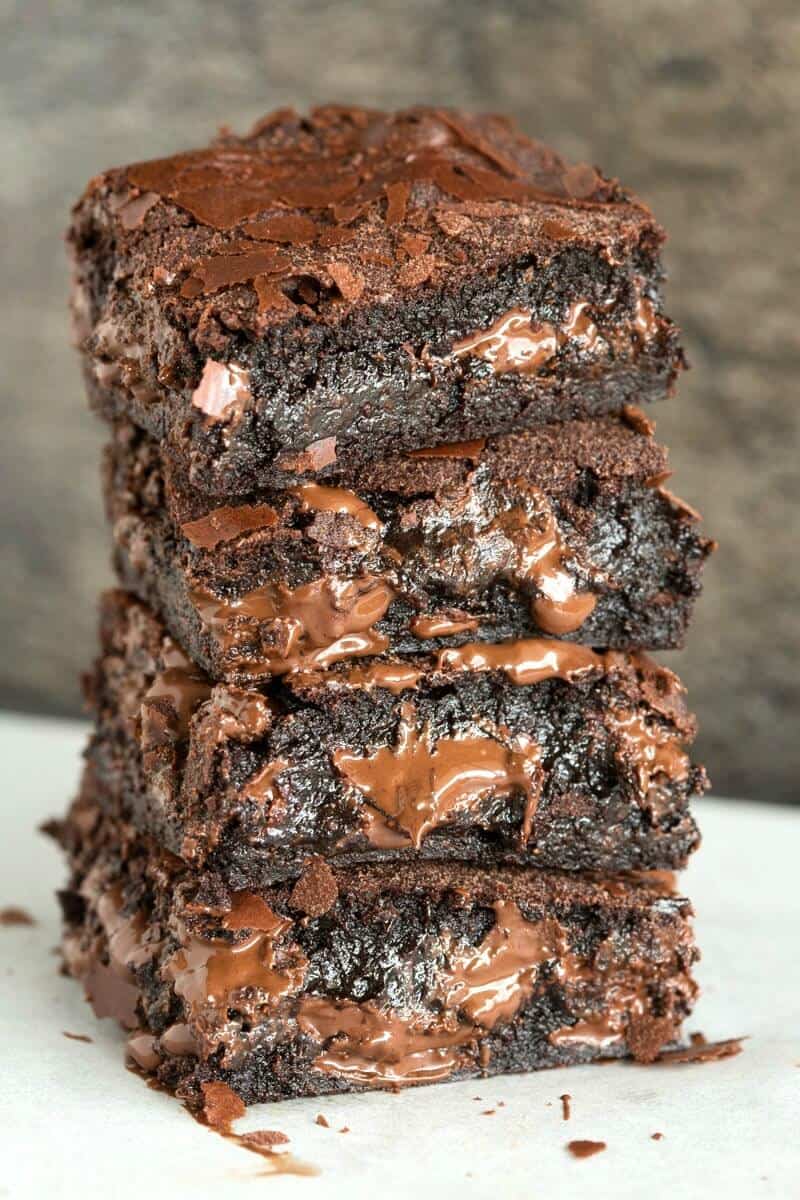 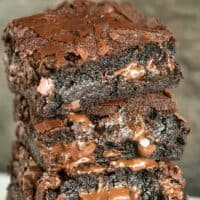 * I used vanilla coconut Greek yogurt. Any non-fat or reduced fat yogurt works.  TO STORE: Yogurt brownies will keep well at room temperature, in a sealed container. Be sure to lay a sheet of paper towel on top, to keep them super moist and fudgy. They will keep well for up to 5 days. To keep them longer, store them in the refrigerator.  TO FREEZE: Brownies are freezer friendly and can be stored in the freezer for up to 6 months. Thaw overnight in the refrigerator or at room temperature.