A healthy, light and fluffy muffin recipe which tastes like a sticky cinnamon bun but without any of the added sugars or fats in traditional buns! These flourless muffins are packed full of protein, fiber and take less than 15 minutes to whip up- Naturally gluten-free, vegan and sugar-free, it’s the perfect healthy snack to enjoy! 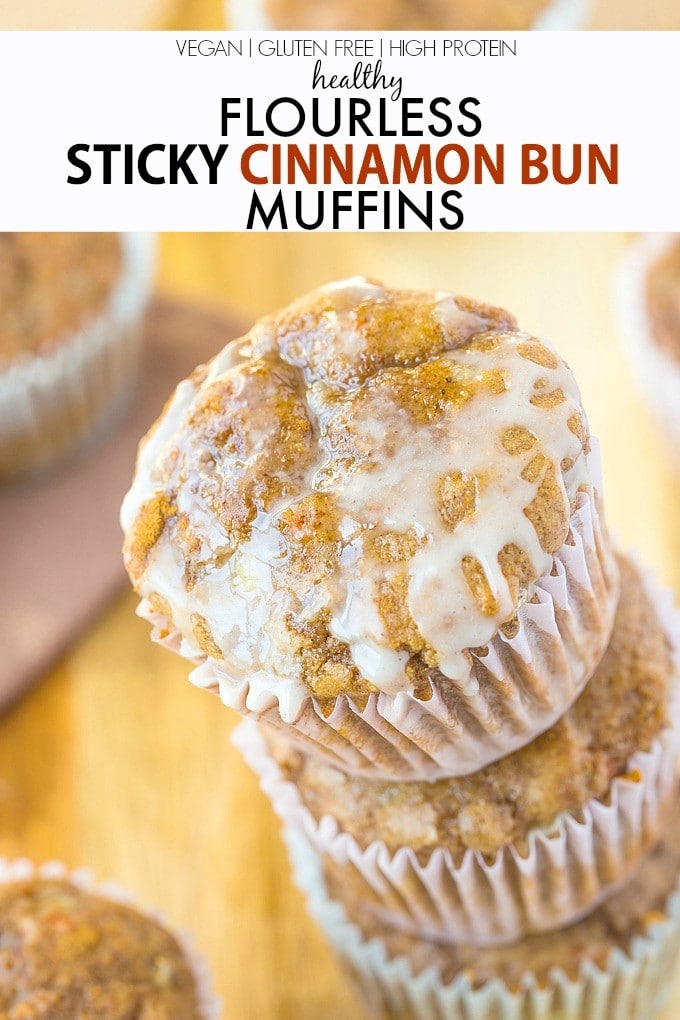 To be honest, I’m kind of excited for the weekend as I’ve got NOTHING planned. I’ve been feeling pretty burnt out from a number of things and stress has been through the roof. This weekend = Sleeping, eating and not allowing my pillow leave my side.

Before we get into today’s post- One of my best blogging friends, Meg (who you’d know from her epic blog, Clean Eats Fast Feets AND when she also helps host this epic party!) has finally brought back one of the first link-ups I ever participated in when I first started blogging- The Week in Review. I loved recapping my week and weekend activities in one post and linking up and reading through everyone else’s posts like a novel. So come this Monday, I can’t wait to swap out my bed time novel with a slew of Week In Reviews to catch up on!

Let’s get onto the eats AND today’s epic recipe! 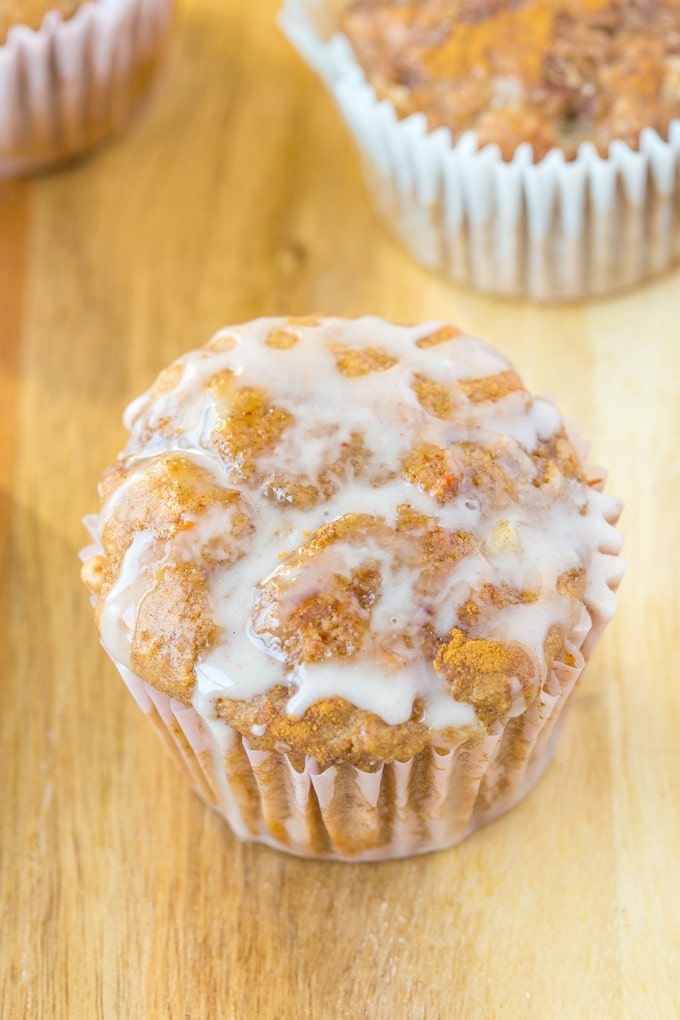 For today’s day of eats, I thought I’d showcase a full day of meals using Udi’s products in one form or another. Unlike other gluten-free products I’ve tasted (don’t even get me started on some which make me think cardboard sounds appealing….), Udi’s range are delicious and flavorful and often my preferred choice.

Breakfast- My favorite Udi’s Cinnamon Raisin bread topped with butter and a 3 egg + spinach scramble. It was visually unfortunate but delicious.

Snack- If you are shooting healthy flourless sticky cinnamon bun muffins, one will accidentally fall into your mouth. Right? right.

Lunch- I wasn’t too hungry as I ate half the photoshoot, so I went light and fresh- Two slices of Udi’s Rye Bread with mashed avocado. 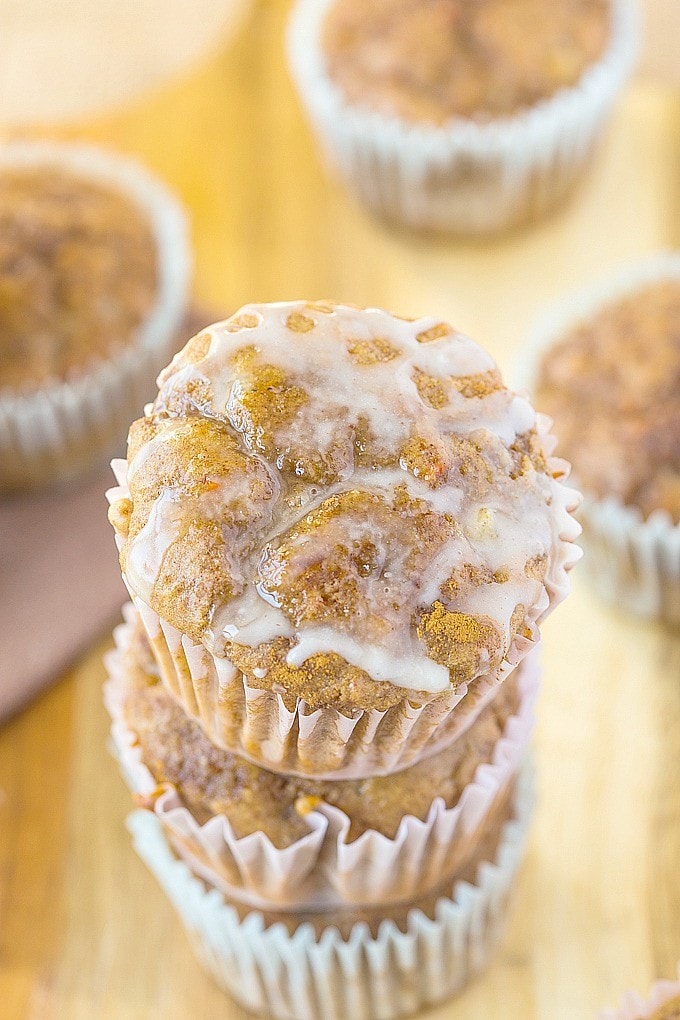 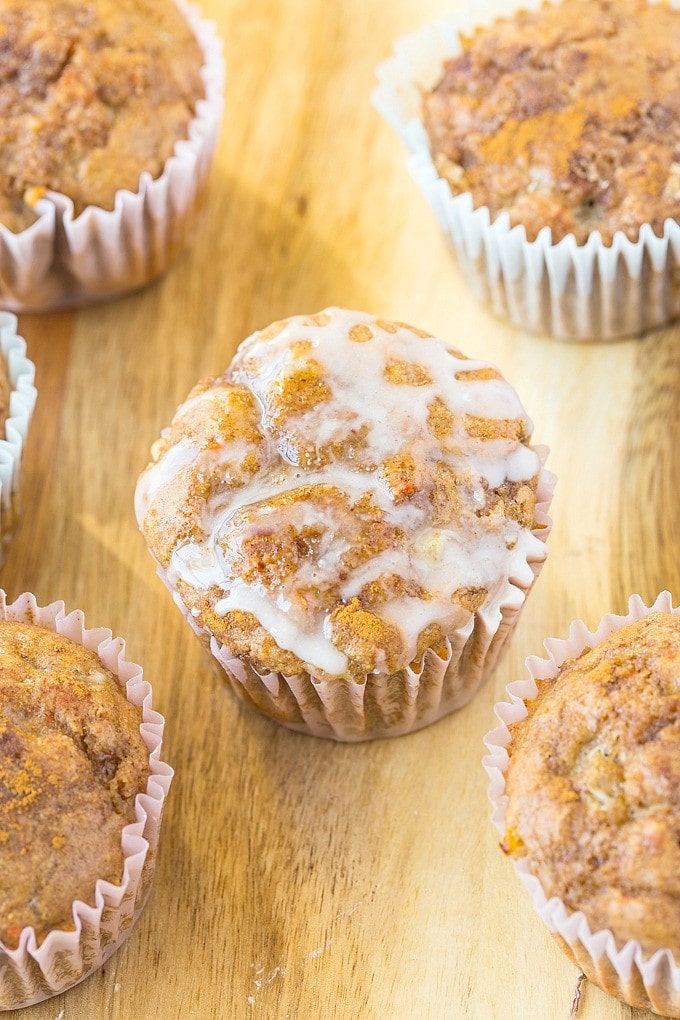 These Healthy Flourless Sticky Cinnamon Bun Muffins are actually a marriage of two of the above recipes- The cinnamon bun pancakes (the muffins) and the sticky cinnamon roll oatmeal (the glaze). These are the perfect quick and easy healthy snack to have on hand as they take barely any time to prep and make! They are packed full of protein, fiber and with no flour, butter or oil used! Naturally vegan and gluten-free, it’s also completely sugar-free too! 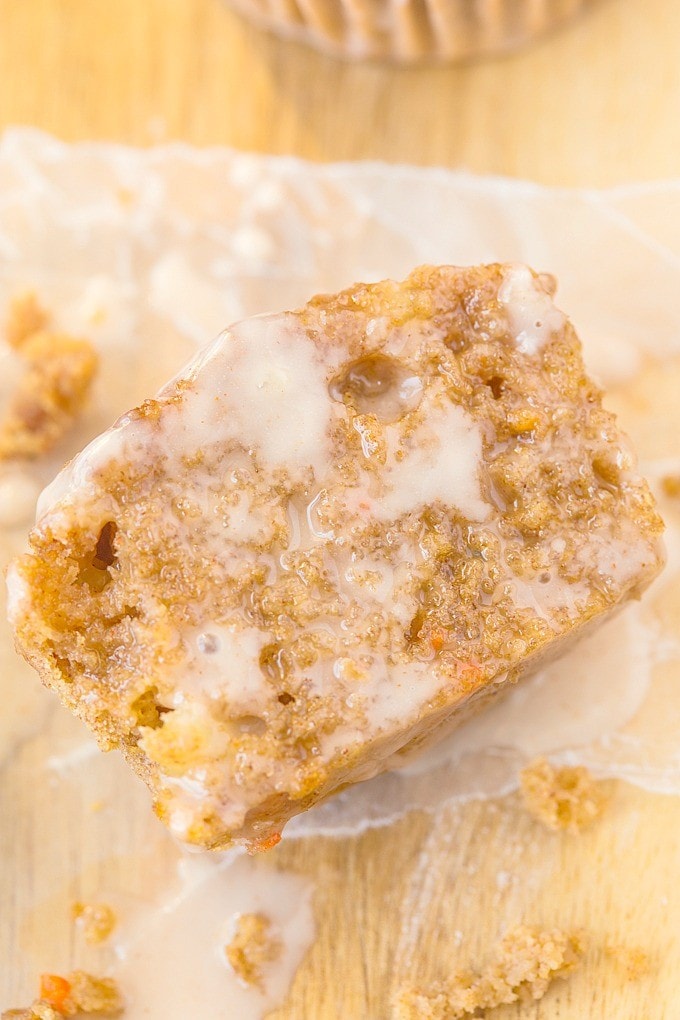 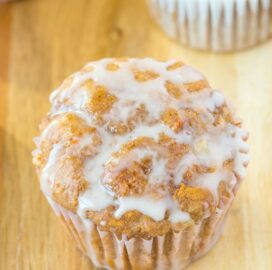 A healthy, light and fluffy muffin recipe which tastes like a sticky cinnamon bun but without any of the added sugars or fats in traditional buns! These flourless muffins are packed full of protein, fiber and take less than 15 minutes to whip up- Naturally gluten-free, vegan and sugar-free, it's the perfect healthy snack to enjoy!
No ratings yet
Print Rate
Author: Arman

For the Cinnamon Bun Glaze

* Depending on the protein powder you use, you may need more dairy free milk. Play it by ear and adjust accordingly
I do not recommend using whey protein, as the results will be quite dry as opposed to a brown rice or casein blend.
These muffins are freezer friendly.
Tried this recipe?Give us a shout at @thebigmansworld or tag #thebigmansworld!
Your turn! Let’s see what you’ve been eating!


What is your favorite kind of muffin?

What is the best thing you’ve eaten lately?