I love coffee. To me, this is liquid gold. I also love Italian desserts. If you want proof- Check out my recap of the Great Gelato Challenge. How does one marry two of their favourite things, coffee and Italian desserts? Have tiramisu. 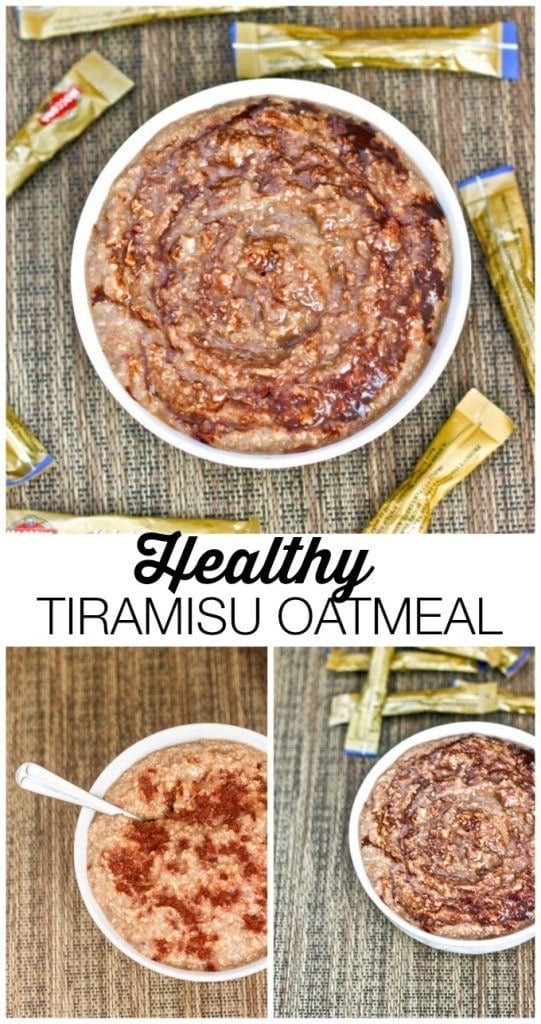 Growing up, I was never allowed to order Tiramisu at an Italian restaurant. Why? Because it contained coffee. In my mum’s eyes- Coffee under the age of 18 was illegal. The same goes to watching M15+ rated movies and talking to the opposite gender. As with anything banned or taboo, you fight against it- and I did. When I was out, I’d order cappuccinos and when my ice cream flavour of choice would often be coffee flavoured.

These days, I am a coffee snob and I will judge a cafe based on their espresso…except in America. I am a tacky tourist and I dance around with a starbucks cup in my hand like Paris Hilton and her silly pooch.

Tiramisu, for those of you unfamiliar with it, is a mousse like cake with flavours of coffee, chocolate and cream on top of a sweetened biscuit like base. My favourite part of it is everything BUT the base- seriously, it’s a waste of cake. 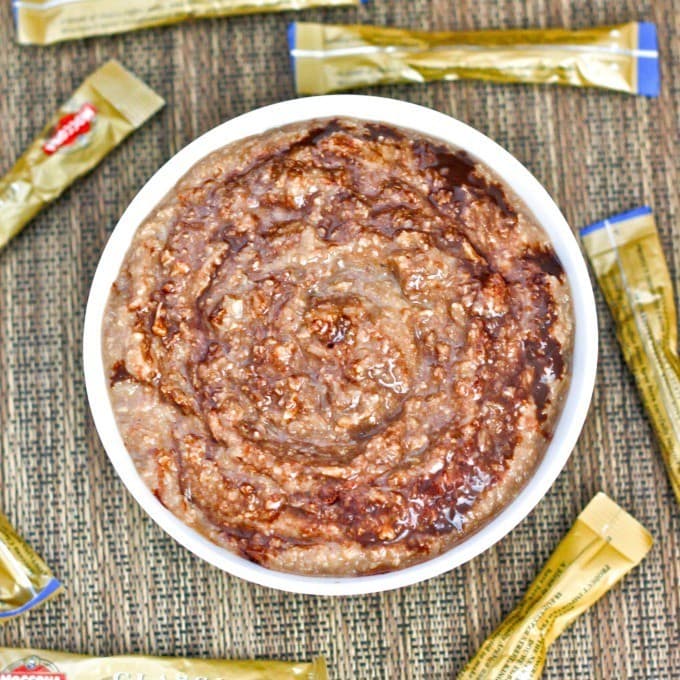 This healthy tiramisu oatmeal pudding incorporates the flavours of tiramisu, but also it’s light, fluffy, texture. Made with my standard method (the day before), it is worth waking up to. High in protein, no added sugar and a gluten free option– this will be the ideal start to your day. Let’s not forget the topping- Don’t bother hunting down marscapone for it- you can use greek yogurt, cream cheese or even ricotta.

The best thing? You can omit your morning coffee. It’s a two in one. BOOM. 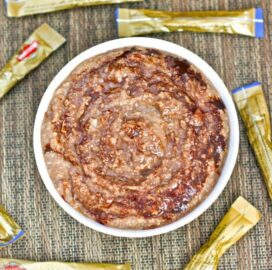 A delicious breakfast choice which tastes exactly like the infamous Tiramisu dessert- with a healthy punch to boot!
5 from 3 votes
Print Rate
Servings: 1
Author: Arman

This oatmeal can be eaten warm, but it's best to make overnight for the true tiramisu flavour. Feel free to adjust amount of coffee based on preference- I like it really strong so opt for 2 teaspoons.
Tried this recipe?Give us a shout at @thebigmansworld or tag #thebigmansworld! 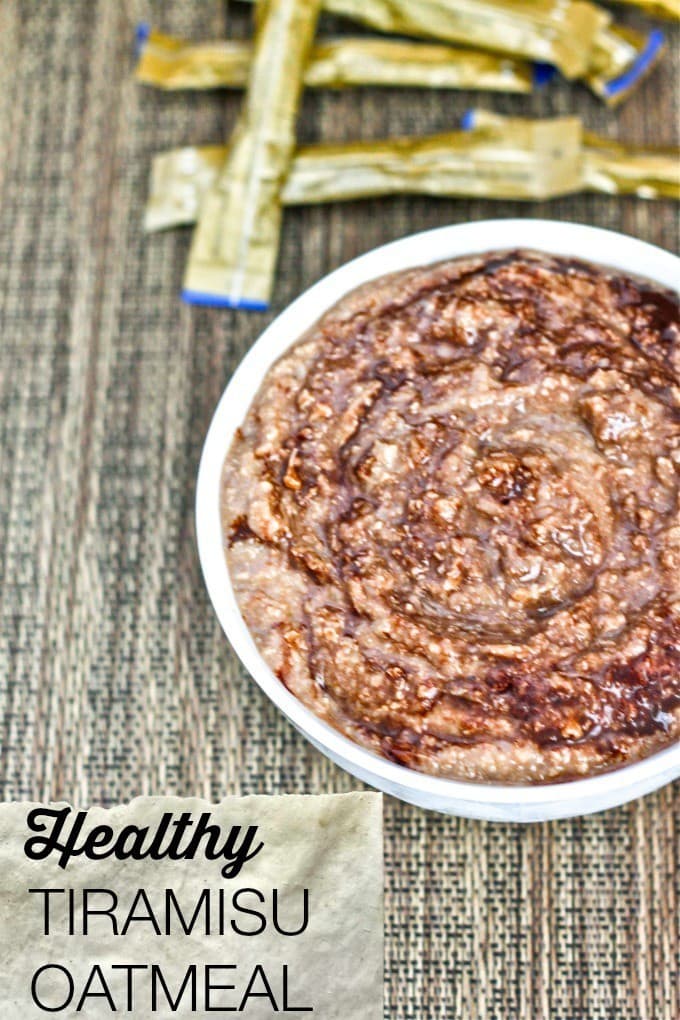 The filtered water pairs with the sea salt which brings out the natural sweetness of the oats- something which is important when subbing filtered water for milk.

EDITED TO ADD– In honour of this month’s Recipe Redux- I retried this recipe to mesh with this week’s theme- Adding some liquor or spirit to a recipe. What better way to do so than in a Tiramisu!

To make take this delicious breakfast into one more adult centric- Add 1 shot of Kahlua (or Bailey’s Irish Creme) to take it to that next level. It pairs perfectly with the milky texture and coffee flavour!

Be sure to stop by the other Redux member’s recipes…but maybe limit yourself to one or two recipes to try out a day. We want to stay sober here! 😉

Hope to see you all on Sunday for some Spill it, Sundays action- don’t forget to dig through your archives to highlight some of your classic posts and recipes worth pinning!

Are you a fan of coffee or coffee flavoured foods?

At what age did you start drinking coffee?

What is your favourite Italian dessert?