A delicious, single serve hot cross bun which takes three minutes to whip up thanks to some microwave magic- Paleo, gluten free, sugar free, dairy free  and with a vegan option too- Don’t forget the butter!

Single serve microwave friendly recipes make up a significant proportion of my e-cookbook. A couple of weeks ago I was experimenting with a banana bread recipe. What turned out was something fluffy, dense but tasting nothing like banana bread.

…..the mashed banana was still in a bowl on the counter.

I’m not one to ever waste food so of course this was going to be eaten. I whipped out the butter and some cinnamon thinking I could just call it a pathetic excuse for cinnamon toast but the fluffy texture reminded me of a seasonal treat I’d enjoy once or twice a year- Hot Cross Buns. 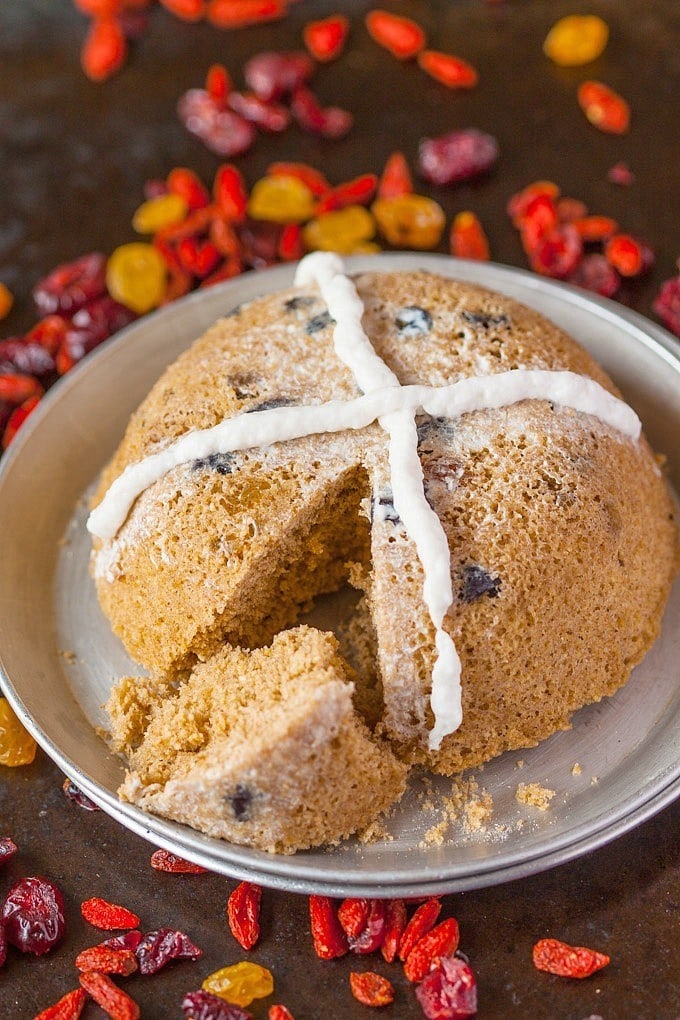 I have three issues with Hot Cross Buns.

1. Hot Cross Buns are something I do enjoy but only once or twice a year. The main reason is that compared to other baked goods or seasonal treats, they are quite bland. It’s quite a simple flavour enhanced by spiced fruits and cinnamon. What makes it an appealing treat or snack is the butter. Lashings of butter.

2. Hot cross buns in Australia come in a minimum pack of six. Most are packs of twelve or for those who embrace it, twenty four.

We could totally add a fourth to that list which is that most are made with standard wheat flour without taking into account dietary restrictions or lifestyle choices. 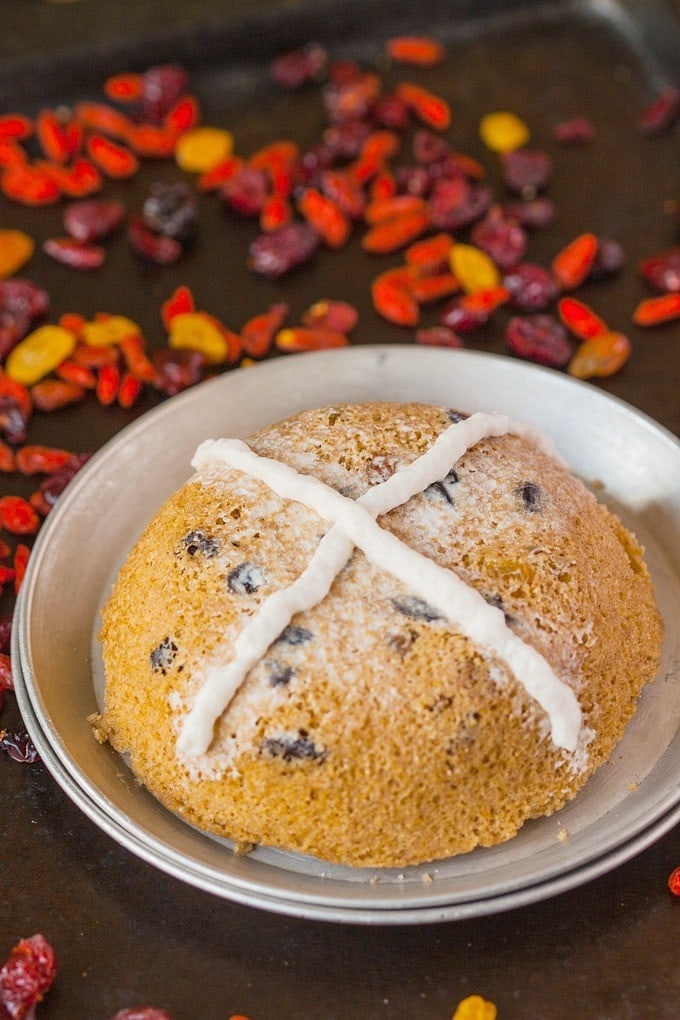 This microwave hot cross bun is single serving, takes three minutes to make and use minimal ingredients. It’s paleo, gluten, grain and dairy free and there’s also a vegan option. Please note- The vegan option does NOT turn out as aesthetically pleasing if you do not grease the bowl and not watch the microwave (lesson learnt).

Instead of using a mixed spice blend, I opted to use cinnamon, nutmeg and cloves because sometimes, those blends go heavy on the star anise and we don’t want liquorice buns here.

The ‘cross’ is completely optional but I know many of you like having a protein option and this is where the beauty of protein frosting comes in. Alternatively, you can use coconut butter slightly thawed or just omit it and go to town on the best part- Buttering the beauty up.

Set three minutes aside to make this microwave Hot Cross Bun and be thankful you don’t have a 24 pack to run through. Actually, you’ll probably be such a fan you’d end up making them AFTER the Easter season. That’s okay. 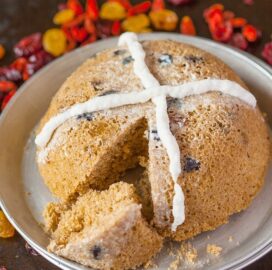 A delicious, single serve hot cross bun which takes three minutes to whip up thanks to some microwave magic- Paleo, gluten free, sugar free, dairy free and with a vegan option too- Don't forget the butter!
No ratings yet
Print Rate
Servings: 1
Author: Arman

For the Paleo/Gluten Free Version

For the vegan version

* For an authentic 'hot cross bun' taste, omit the sweetness and go to town on the butter
** These taste even better once removed from the microwave, allowed to cool then toasted.
Tried this recipe?Give us a shout at @thebigmansworld or tag #thebigmansworld! 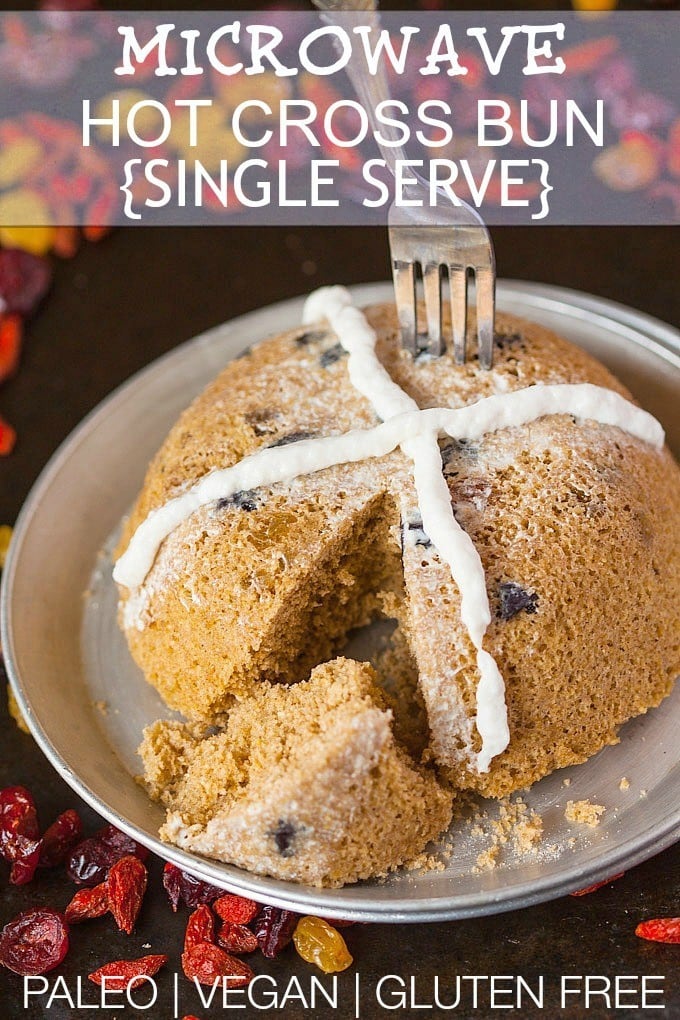 Do hot cross buns in your city come in preposterous quantities?

Were you fooled by faux frosting cross?