This keto cinnamon bread is so moist and tender, you won’t believe it is low carb! Made in just one bowl, this quick bread is perfect for a satisfying breakfast or even dessert! 2 grams net carbs per serving. 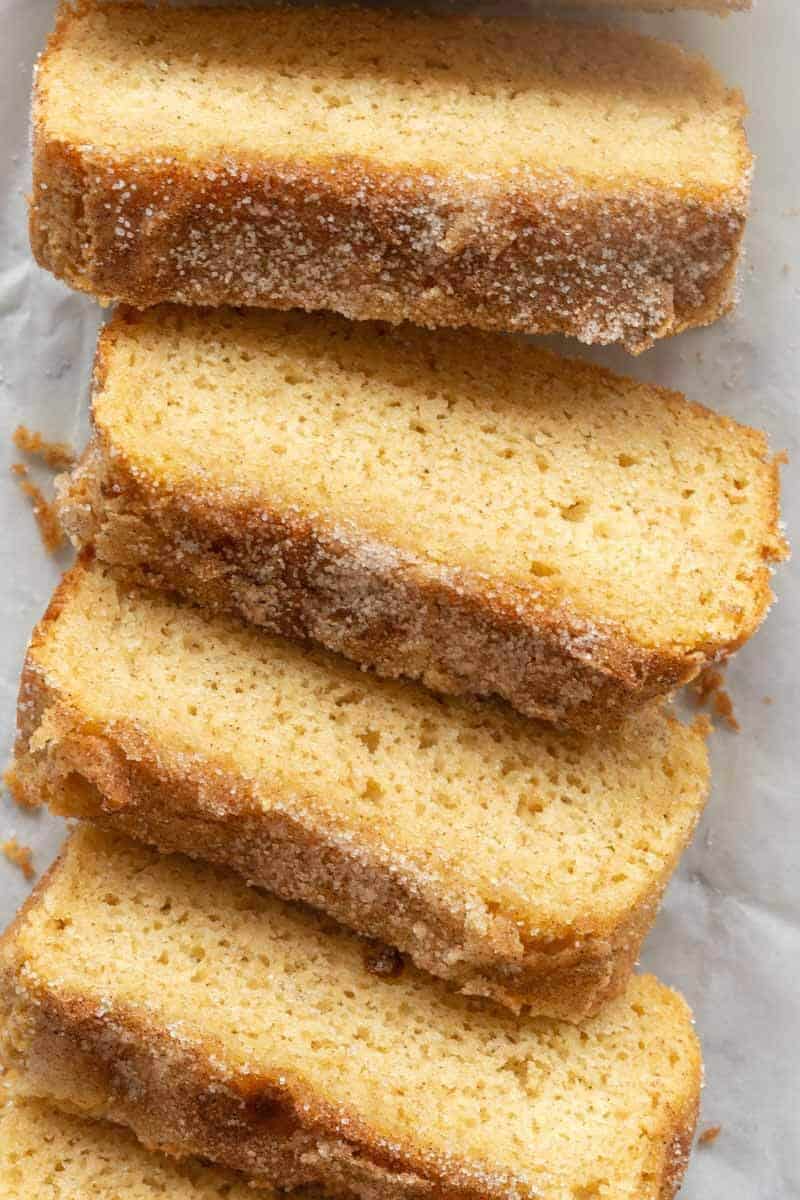 When it comes to comforting keto sweet bread recipes, my favorites to make are coconut flour banana bread, pumpkin bread, and this easy cinnamon bread.

I’ve always been the kind of person who craves comfort food when the weather becomes cooler. Like clockwork, my cravings switch from avocado smoothies and coconut ice cream to chewy bagels and satisfying muffins. I find myself baking more and more during this time, especially quick breads and sweet loaves. While I don’t generally play favorites, my current obsession is this cinnamon bread!

I’ve been meaning to share a keto cinnamon bread recipe for quite some time. It’s my go-to quick bread during the cooler seasons, and has become quite a hit amongst my family too! My sister loves having a slice for breakfast and my mom claims it to be the perfect addition to her peppermint mocha. I personally love it warmed up with a smear of butter, and may or may not have eaten half a loaf for dinner the other night!

No grains and no sugar are needed, but you’d never tell! It’s texture is moist, slightly fluffy, and with a crunchy exterior. It’s sweet and full of cinnamon flavor, without being overpowering!

I had some friends over for brunch the other morning and served them this loaf and NO ONE believed me when I said it was low carb and gluten free- They thought it was made with white flour and sugar!

How do you make low carb cinnamon bread?

Now, sprinkle the top of the loaf with the cinnamon/sweetener mixture to cover it completely. Bake the loaf for around 50 minutes, until a skewer comes out clean and the top is golden and crunchy, Let the bread cool completely, before slicing it up. 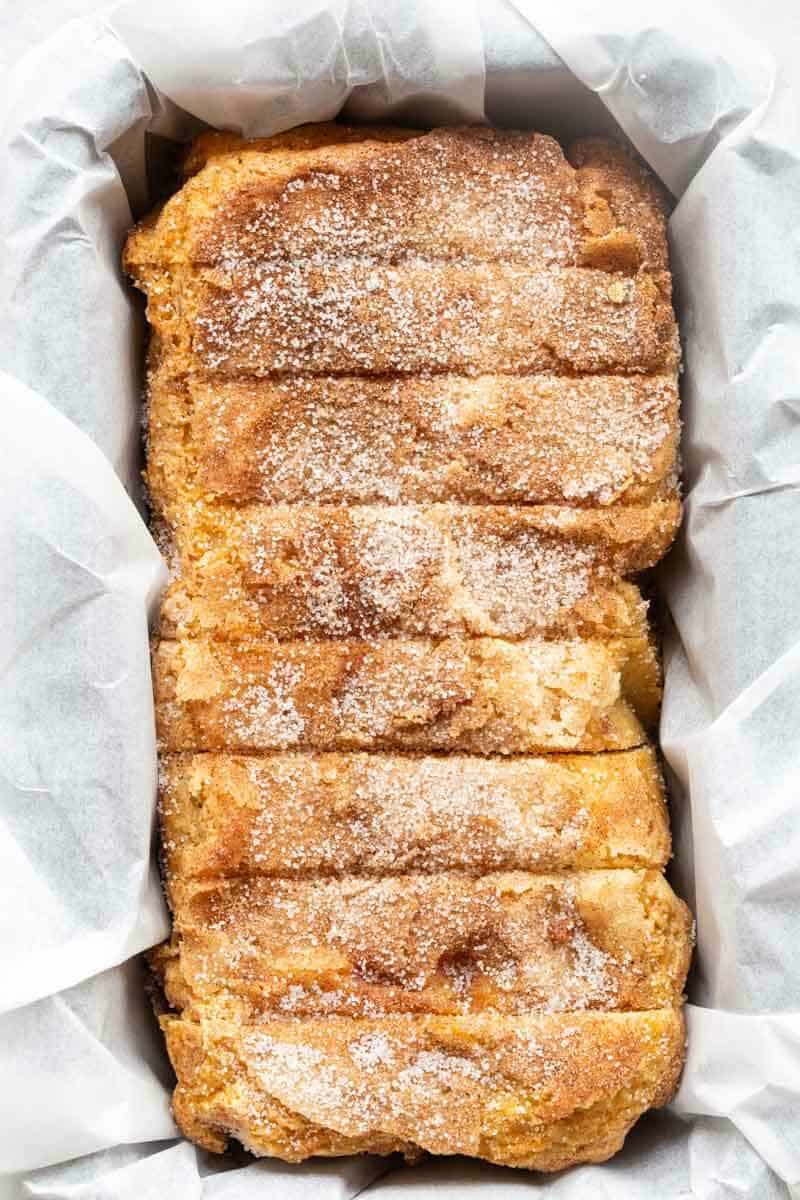 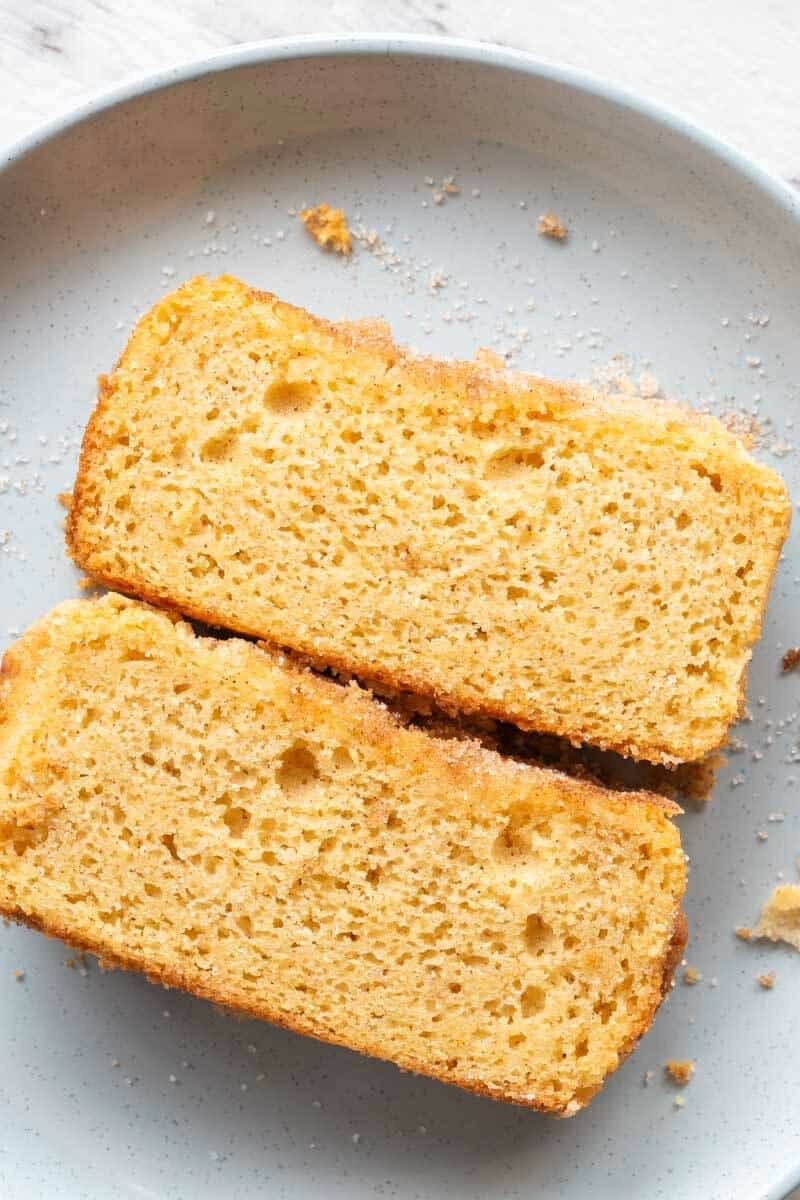 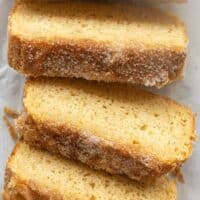 For the cinnamon crunch

* For an eggless option, make a cinnamon swirl bread. TO STORE: Leftover cinnamon bread should be stored in the refrigerator in a sealed container or covered completely. This will keep well for up to 1 week. TO FREEZE: Place slices of the cinnamon bread in a ziplock bag and store in the freezer for up to 6 months.