This keto chocolate pudding so rich, creamy, and smooth, you won’t believe it is completely sugar free and low carb! Made with just 5 ingredients, it’s the perfect dessert sure to impress! 3 grams net carbs per serve. 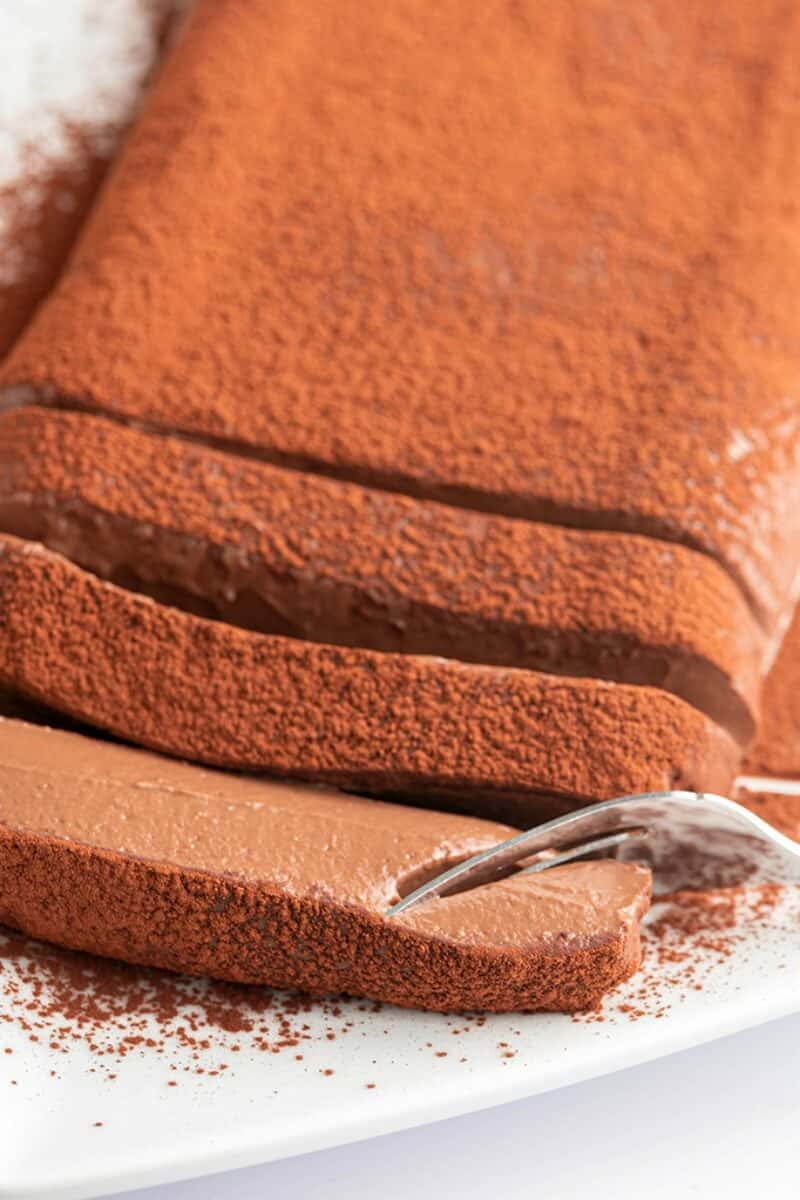 When it comes to keto no bake desserts, my current favorites include crunch bars, chocolate mousse, and this keto chocolate pudding.

Growing up, my lunchbox always included one of those chocolate pudding cups. While other kids had yogurts and muffins, I was the one with the pudding. Now, don’t get me wrong, I LOVED the pudding. My mom would sometimes change things up and throw in a vanilla pudding or a strawberry pudding, but most of the time, it was the chocolate one.

As I got older, I started to make my own puddings, using those fat free sugar free pudding mixes. Well, I guess I should say I tried it out once… it was horrible and gloopy, and in no way resembled pudding. Ever since that experience, I had sworn off puddings and any foods that had a similar texture (unless we are talking about a chia pudding).

Keto Pudding made into a cake!

It was only recently I dabbled into the pudding game again, after trying a French version at a restaurant. They served what was called a ‘pudding cake‘ which was essentially a chocolate pudding that was thicker than traditional puddings. Instead of individual serving dishes, this pudding was set in a loaf pan and sliced up. The taste was incredible- Rich, dark, and pleasantly sweet. The texture was what made me swoon- Smooth, thick, creamy, and almost like a mousse! I was once again converted and knew I had to come up with my own version!

Now, this isn’t like your traditional chocolate pudding. It isn’t goopy like yogurt, and it isn’t mild-tasting either. This pudding is thick and creamy, and melts in your mouth. It’s also completely sugar free and low carb, but you’d never tell- It has real chocolate blended into it!

I served this recently at a friend’s birthday, and prepared it in a loaf pan, to resemble a pudding cake. No one believed me when I told them it was keto friendly, and several begged me for the recipe!

How do you make a keto chocolate pudding?

In a large mixing bowl, start by whisking together all your ingredients, except for the chocolate. Strain the mixture into a small saucepan and place over low heat. Once it begins to simmer, stir it constantly, for around 3 minutes. After the 3 minutes, add your chopped chocolate (or chocolate chips) and continue to simmer, until the chocolate begins to melt. Remove from the heat and whisk together, until the chocolate is fully melted into the mixture. Pour it all through a strainer and into a prepared 8 x 4-inch loaf pan. Refrigerate overnight, or at least 6 hours.

To remove the chocolate pudding cake from the loaf pan, carefully turn it upside down onto a plate. Dust with extra cocoa powder and slice. 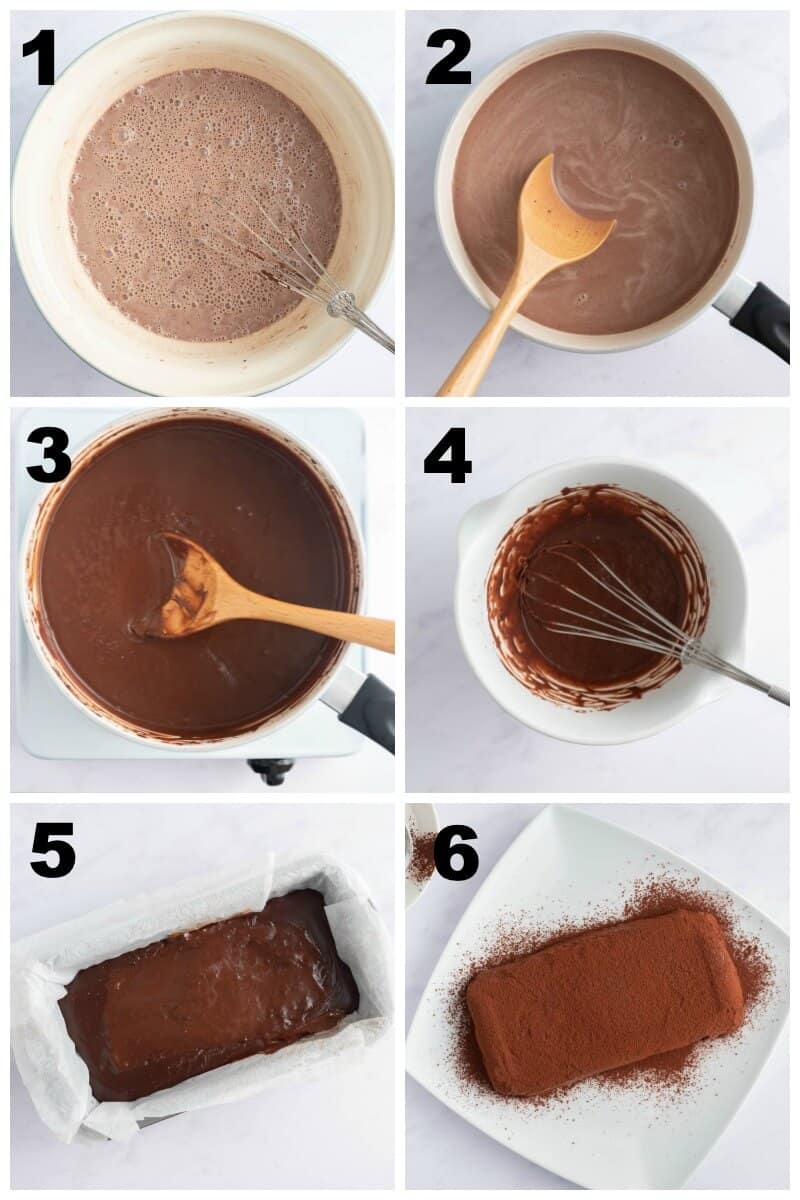 How to substitute the cornstarch for xanthan gum

As mentioned earlier, cornstarch is not keto friendly. However, the amount used here is minimal, especially when divided amongst 12-14 slices. If you’d like to use a lower carb thickener, you can use xanthan gum. However, you will need to use different amounts.

Start with 1 teaspoon of xanthan gum, and whisk into the milk mixture. If the mixture remains relatively thin, add an extra teaspoon, but no more. Once you’ve added in the chocolate and that has melted, see if it has thickened up. If it is still relatively thin, add one more teaspoon and transfer to the loaf pan to firm up. 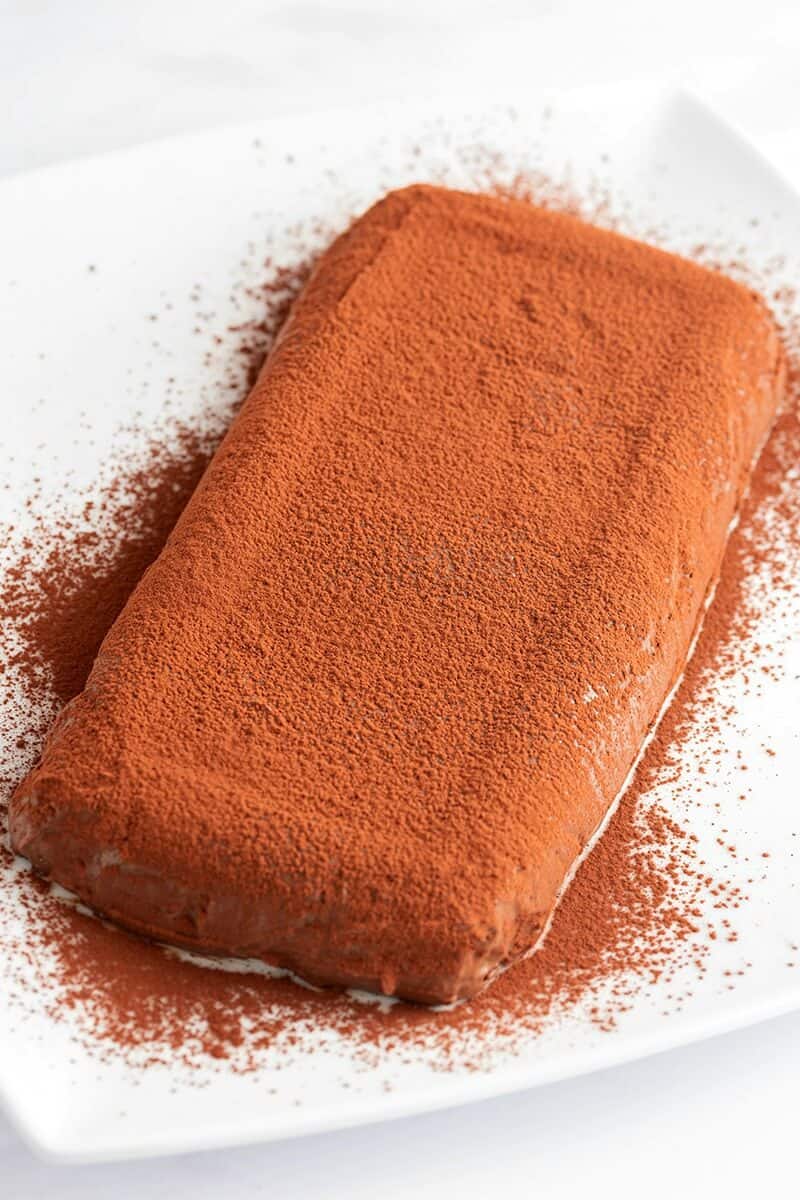 What to serve keto pudding with?

While this pudding tastes delicious on its own, jazz it up by serving it with one of the following- 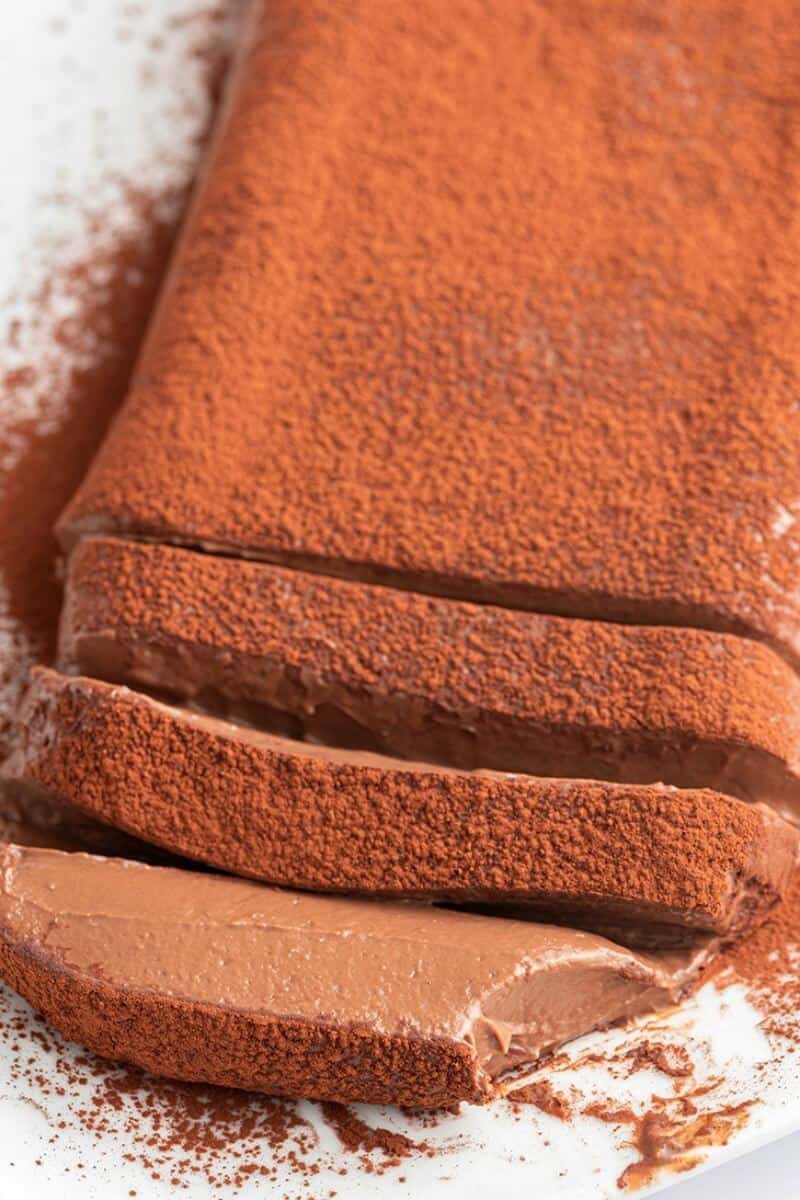 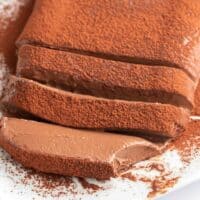 * If you'd like to use xanthan gum, only add 1-2 teaspoons first. Once the chocolate has been melted into it, only add a further third teaspoon as needed.  TO STORE: Pudding should always be stored in the refrigerator, to ensure it doesn't spoil and maintains a thick texture. Keto pudding will keep fresh for up to 2 weeks.  TO FREEZE: Either freeze the pudding as an entire loaf or in freezer friendly container. It will store well in the freezer for up to 6 months.