Learn how to make foolproof keto whipped cream using just 3 ingredients! Light, fluffy, and ready in seconds, you’ll be adding it to everything! 1 gram net carb per serving. 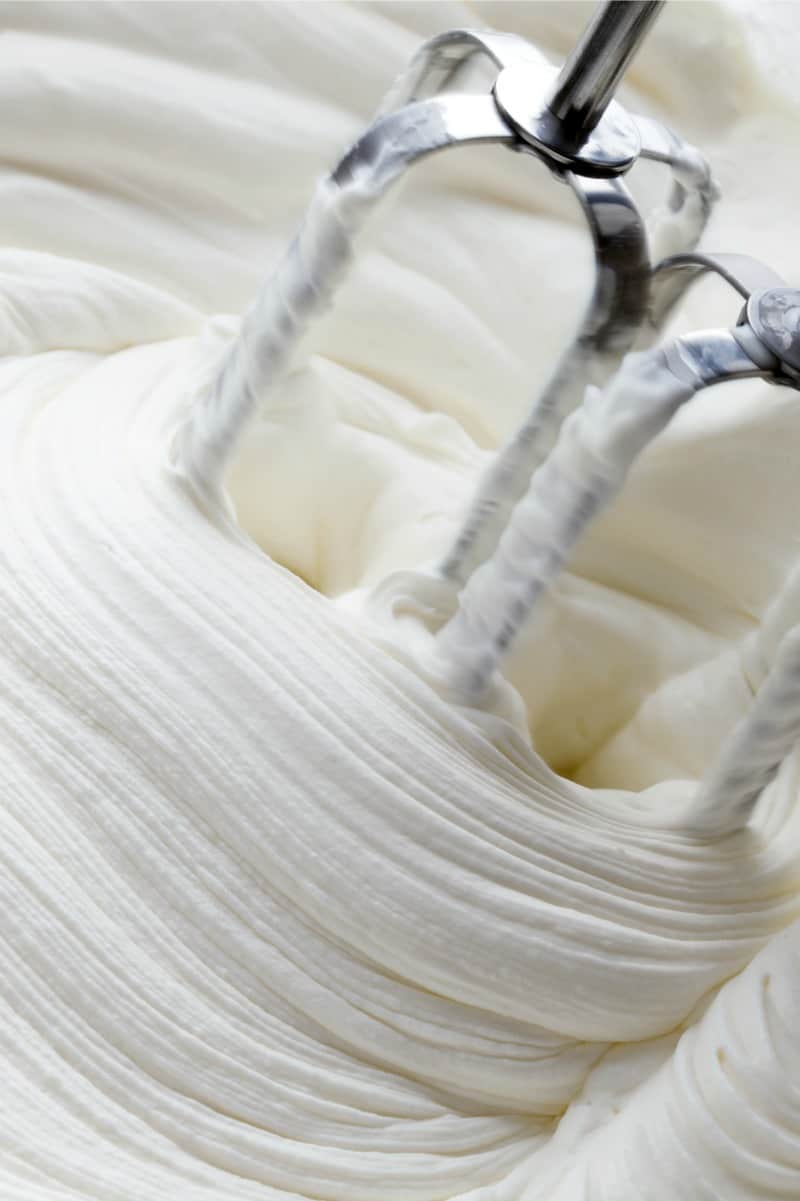 When making keto desserts, I think it’s essential to have a few basics up your sleeve, like powdered sugar, frosting, and keto whipped cream.

I’m the kind of person who is EXTRA when it comes to my desserts. If there’s a way for me to take it up a notch, I will do it. Whether that be adding some vanilla ice cream to some brownies, a drizzle of caramel over some gooey blondies, or even some melted chocolate over a skillet cookie, I’ll find a way to take it up a notch.

However, 9 times out of 10, I like to keep things simple. If there is one thing that goes well with ANY dessert, it is a classic homemade whipped cream.

When people hear whipped cream, they often don’t associate it with a keto diet. That is often due to the misconception that it’s loaded with sugar. Luckily for us, whipped cream CAN and IS keto, provided you use a sugar free sweetener.

Now, this sugar free whipped cream is so simple to prepare and looks and tastes like any whipped cream you’ve grown up with. It’s made with just 3 ingredients and takes seconds to make. Fluffy and pillowy in texture, it’s pleasantly sweet with a hint of vanilla!

Perfect to top your drinks with, decorate your desserts with, or even just eat with a spoon, I guarantee you’ll be adding it to everything and anything!

How do you make low carb whipped cream?

Start by chilling your mixing bowl and your whisk. This helps the whipped cream stabilize and also remain extremely smooth and fluffy.

Place your chilled cream, vanilla extract, and powdered sugar into the chilled bowl. Using a stick mixer or stand mixer, beat together on medium speed until medium peaks form. Use immediately, or cover the bowl and refrigerate for 12-24 hours, or until ready to use. 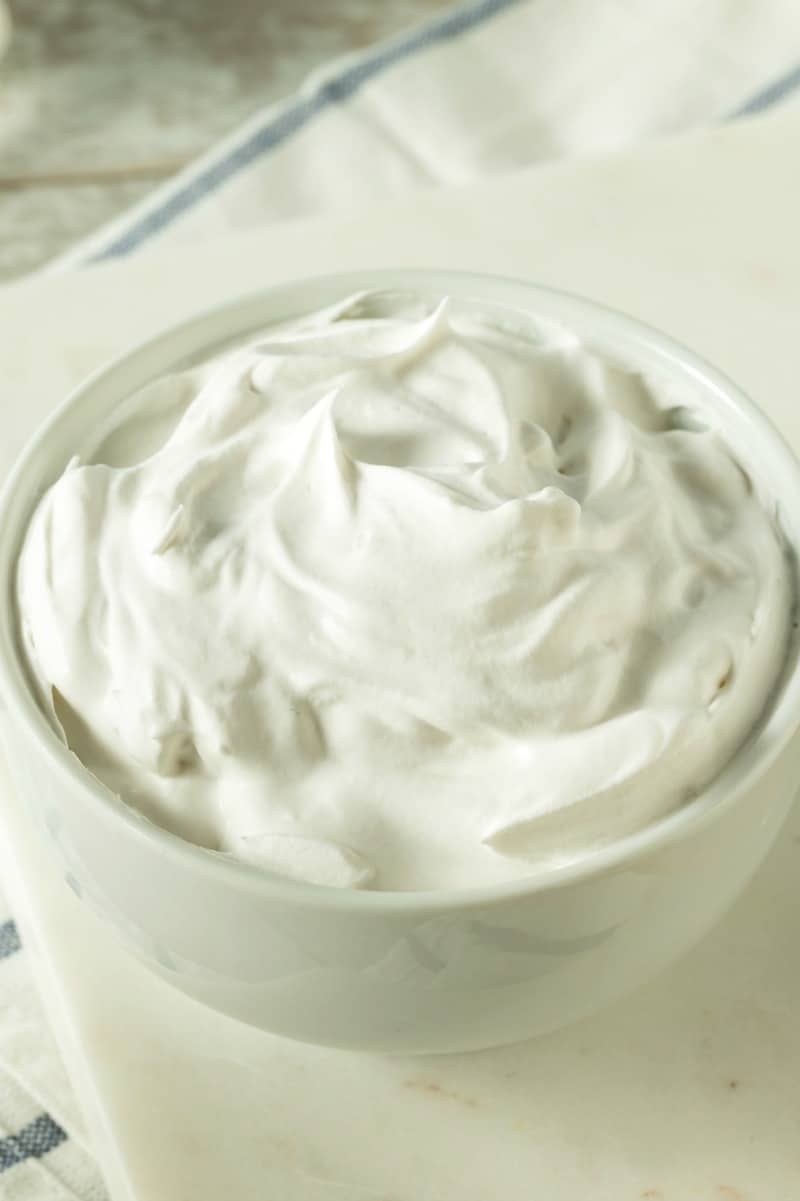 What is the difference between heavy cream and whipping cream?

While they can all be used interchangeably, the whipping cream is not as stable and generally isn’t the best to use for pipping or a thicker frosting.

Provided you follow the ingredients provided, you’ll love how minimal the carbs are in both heavy cream and whipped cream.

Can I make this dairy free?

If you’d like to make this dairy free, you can use either coconut cream or plant based double cream. 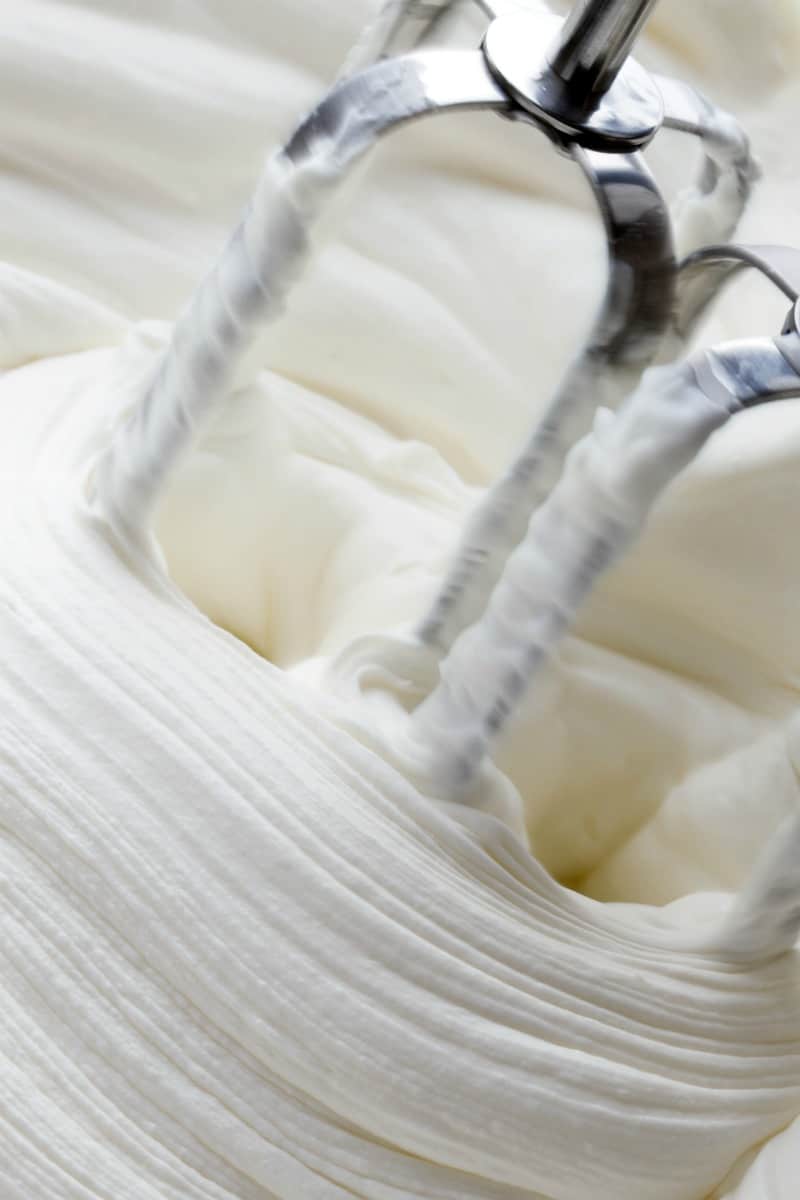 What to serve keto whipped cream with 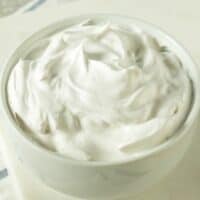 TO STORE: Whipped cream can be stored for up to 24 hours, covered, in the refrigerator. Any longer, as it will lose its stability and require to be re-beaten.  TO FREEZE: As this isn't a keto cool whip (that remains fluffy in a frozen state), it's best not to freeze it. Making the whipped cream literally takes under a minute, so no prep needs to be made before making it.