This keto spaghetti is al dente and perfectly chewy, it tastes just like a classic spaghetti bolognese! No grains and no wheat needed, it’s perfect with beef, chicken, or left completely vegetarian! 4 grams net carbs per serving. 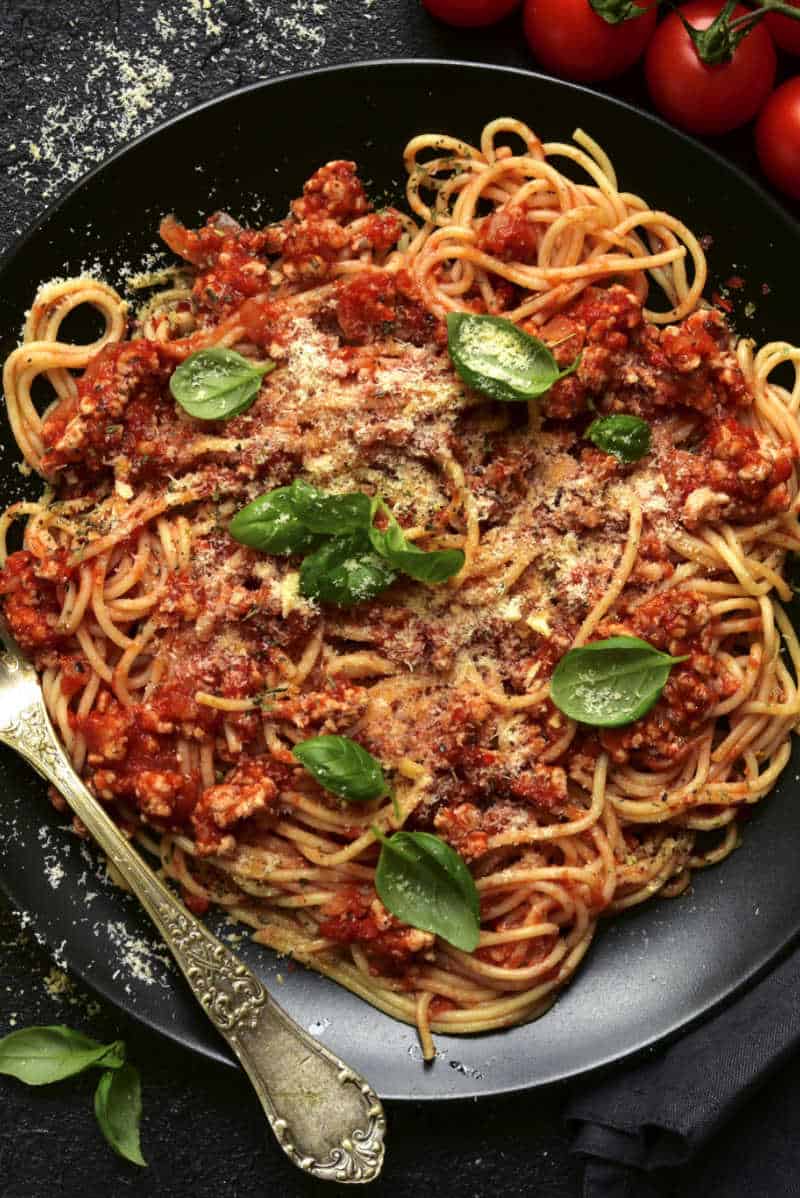 When it comes to keto family-friendly meals, my favorite recipes to make are pasta, lasagna, and this keto spaghetti.

Growing up, one of our family staple recipes was spaghetti. Every week, my sister and I would expect some spaghetti based dish, either in the form of bolognese or alfredo. My mom would make big batches of sauces and freeze leftovers, so she could have dinner ready on busy school nights.

When I first moved out of home, I stole my mom’s recipe and made it more often than I’d like to admit. For my first two years at home, it was one of three dishes I could make in my kitchen. Even when my kitchen skills increased, I still enjoyed a weekly spag bowl. Since going keto, I had to find creative ways to satisfy my cravings.

Many keto spaghetti recipes call for zucchini noodles, spaghetti squash, or those horrible shirataki tofu noodles (that taste like fish!). While they may look somewhat like spaghetti, they are anything but. You may be able to trick your eyes, but you certainly can’t trick your tastebuds!

Luckily, more and more brands are creating actual keto spaghetti noodles that look and taste like spaghetti. They cook just like durum wheat spaghetti would, and all they need is a simple boil in saltwater. After sampling the Great Low Carb Bakery spaghetti noodles, I was instantly converted and using them on a weekly basis.

I’ve been meaning to share a keto spaghetti recipe for quite some time. As someone who grew up eating spaghetti bolognese at least once a week, I am thrilled at how good this version is. Now, this spaghetti may look incredibly fancy but I promise you, it is so easy to make and takes minutes to prep!

No wheat and no grains are needed, but you’d never tell. The texture of the spaghetti is just like any good spaghetti- Al dente and chewy, and the sauce is rich and thick. It’s hearty, meaty, and full of flavor, and easily customizable with any protein of choice!

I had some friends over for a big Italian dinner and served them this dish and NO ONE believed me when I told them it was low carb- They thought it tasted like any good spaghetti bolognese!

How do you make keto spaghetti?

Now, either add the spaghetti into the spaghetti sauce or, serve the spaghetti onto places and ladle over a generous portion of the sauce over the top. Add freshly grated parmesan cheese and serve immediately. 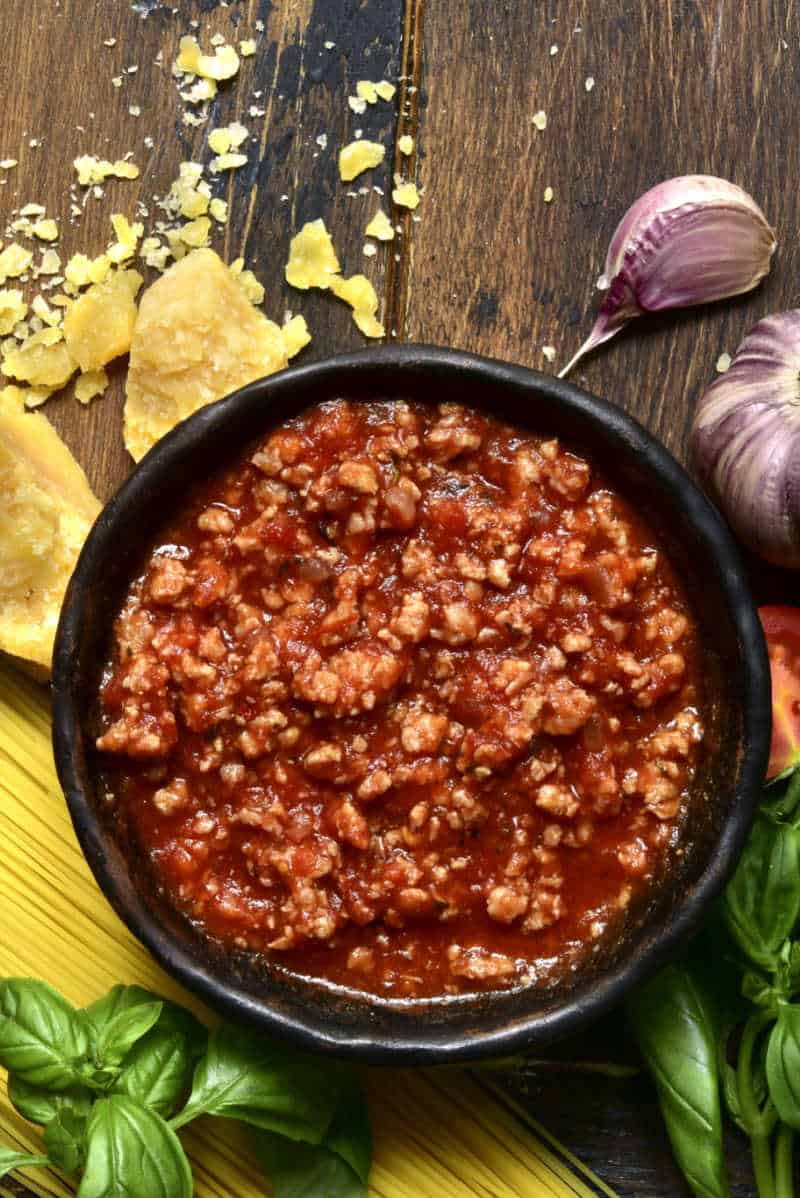 Can I use shirataki or konjac noodles?

Many mainstream supermarkets and grocery stores now stock shirataki noodles, which market themselves as almost zero carb noodles or pasta. Unfortunately, they do not taste like noodles and have a somewhat plastic taste. They also don’t hold onto sauces very well, which makes using them for this recipe not effective. 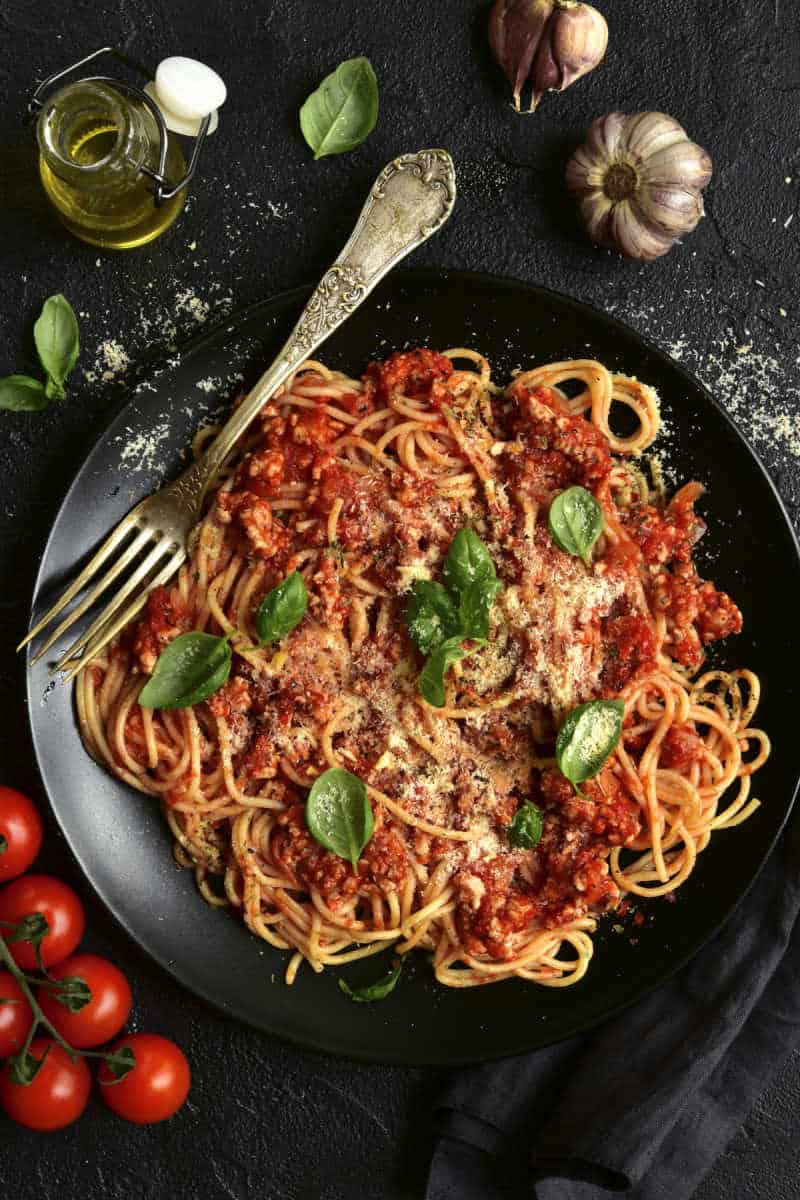 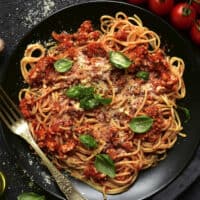 * I used Great Low Carb Bread Bakery spaghetti. Any low carb packaged spaghetti can work, provided it cooks like actual spaghetti (Do not use shirataki, tofu noodles, or vegetable noodles).  NOTE- Great Low Carb Bakery has just reformulated their spaghetti ingredients and now contain gluten in them. While still low carb, they aren't gluten free. A good substitute is soy bean spaghetti.  TO STORE: Leftover spaghetti should be stored in the refrigerator, covered. It will keep well for up to 5 days. For the best flavor and texture, keep the sauce and spaghetti separate.  TO FREEZE: Place the cooked spaghetti in a ziplock bag and place the sauce in a shallow container. Store them both in the freezer and they will keep well for up to 6 months.  REHEATING: Either microwave for 1-2 minutes or place it in a saucepan and heat up over the stove.