These homemade blueberry sweet rolls use my 2 ingredient cinnamon roll dough to make, and are bursting with fresh blueberries! No yeast, no kneading, and no fancy mixers needed. All topped with a no added sugar glaze! Healthy enough for breakfast or dessert. 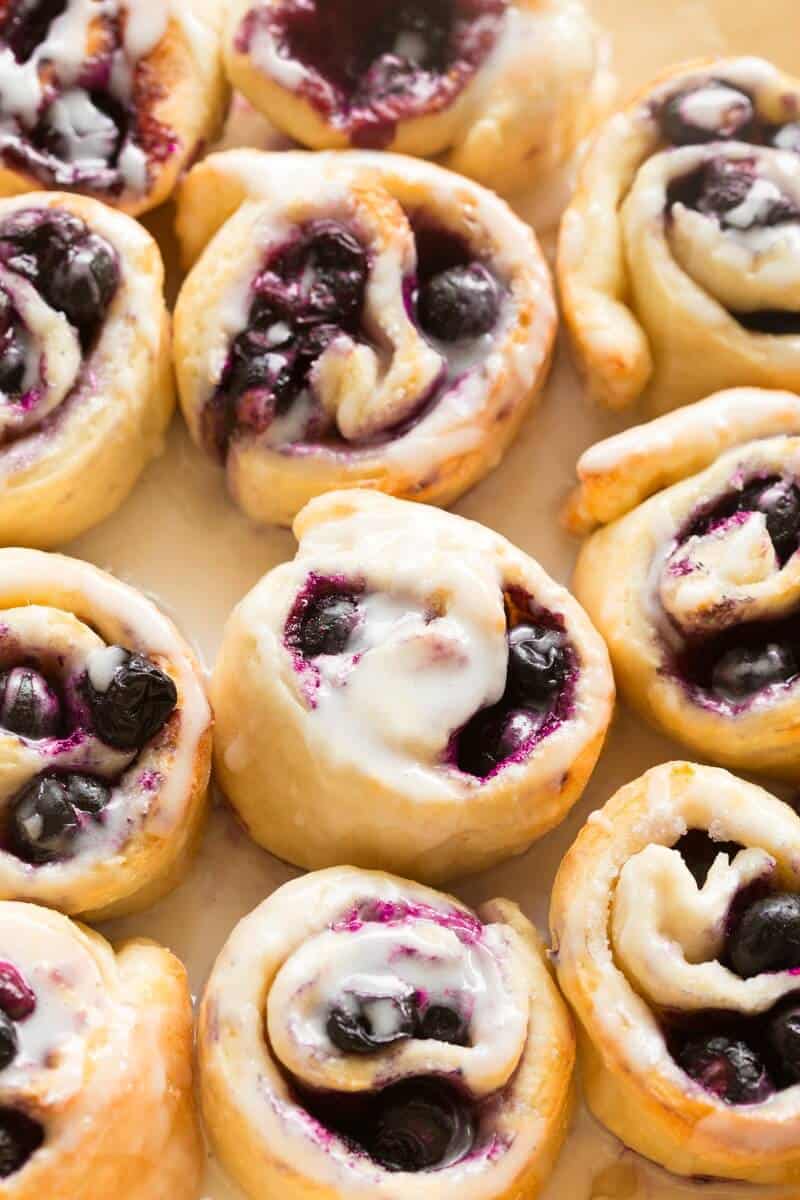 Recently, I’ve found myself with more than enough blueberries to last me a lifetime.

I went through a phase where I LOVED adding fresh or frozen blueberries to my morning oatmeal. I’d also throw a few into the odd breakfast cookie or microwaved and mashed over some no yeast bread.

However, as soon as restrictions were put into place, I stocked up on one bag too many, and now I’m finding it hard to find any space in my freezer for them.

With only so much oatmeal I can eat, adding blueberries to desserts is my next step. When I recently polished off the entire batch of these blueberry cinnamon rolls, I knew that putting the rest of the blueberries to use would be EASY!

Blueberry sweet rolls, Blueberry scrolls or blueberry rolls- Whatever you call them, they are DELICIOUS! 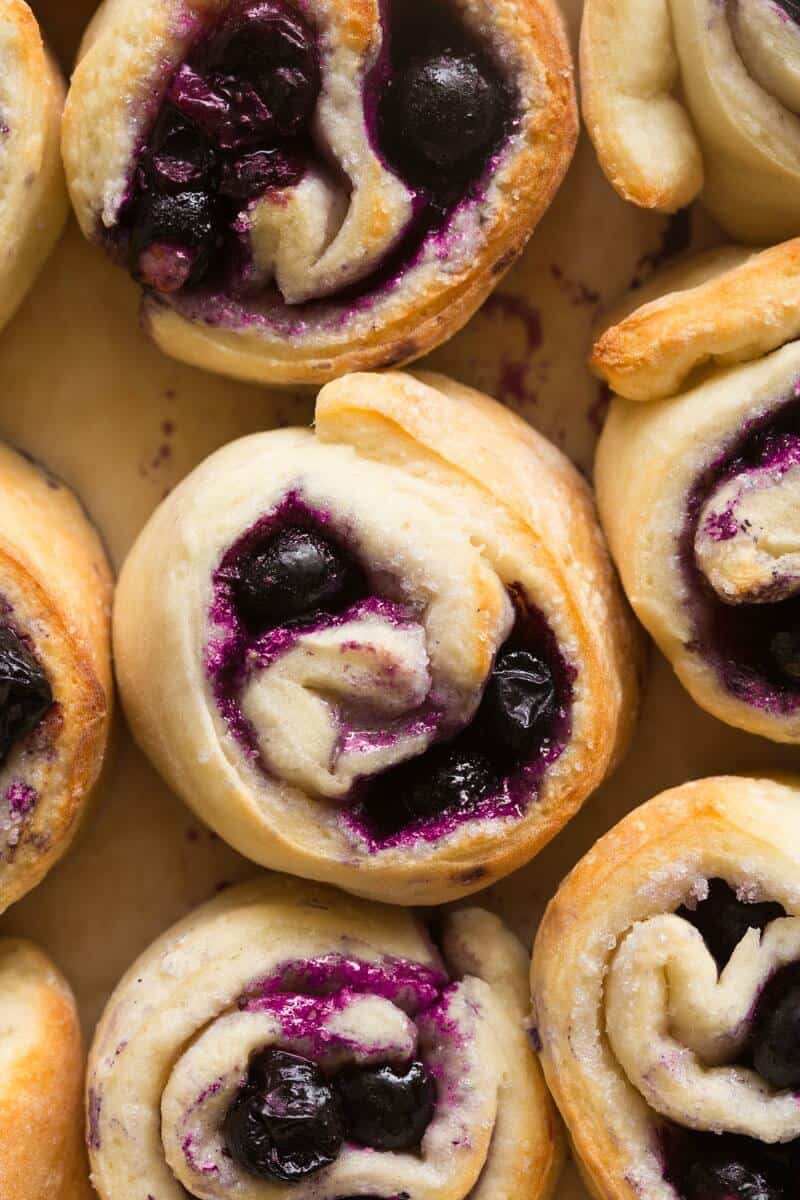 How to make blueberry Cinnamon Rolls from scratch 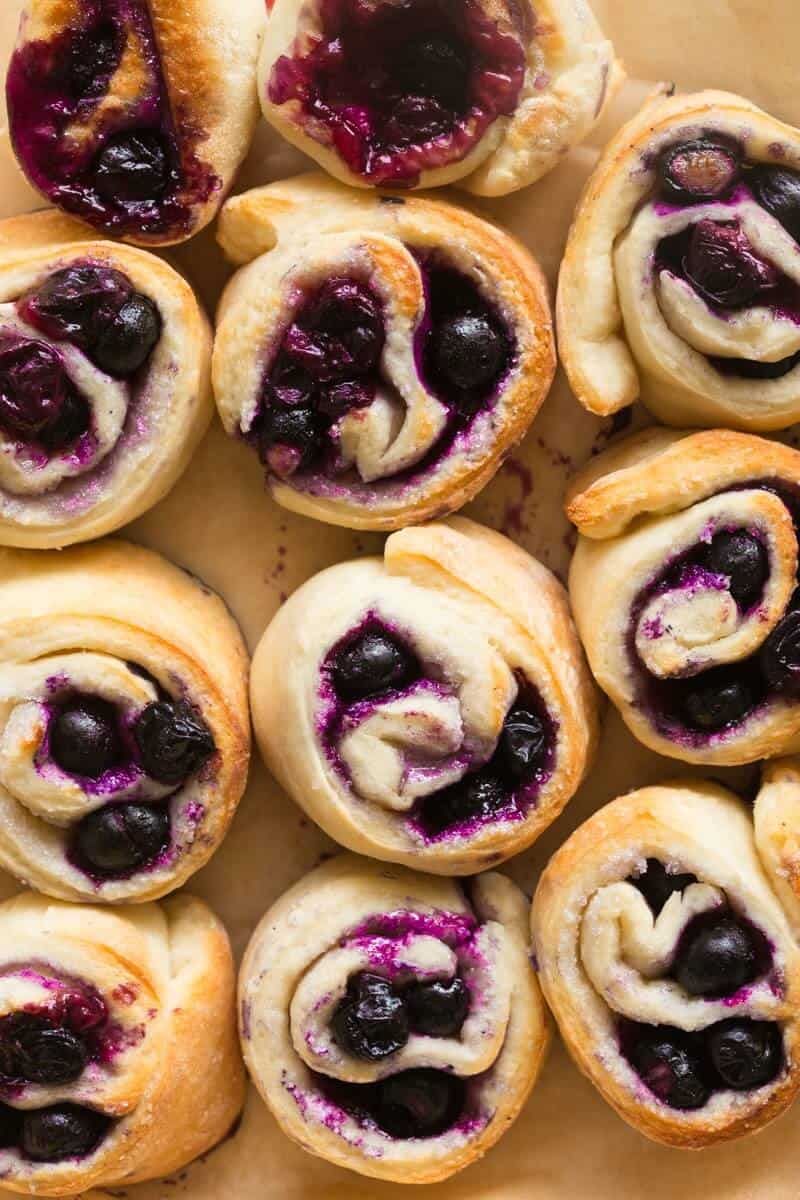 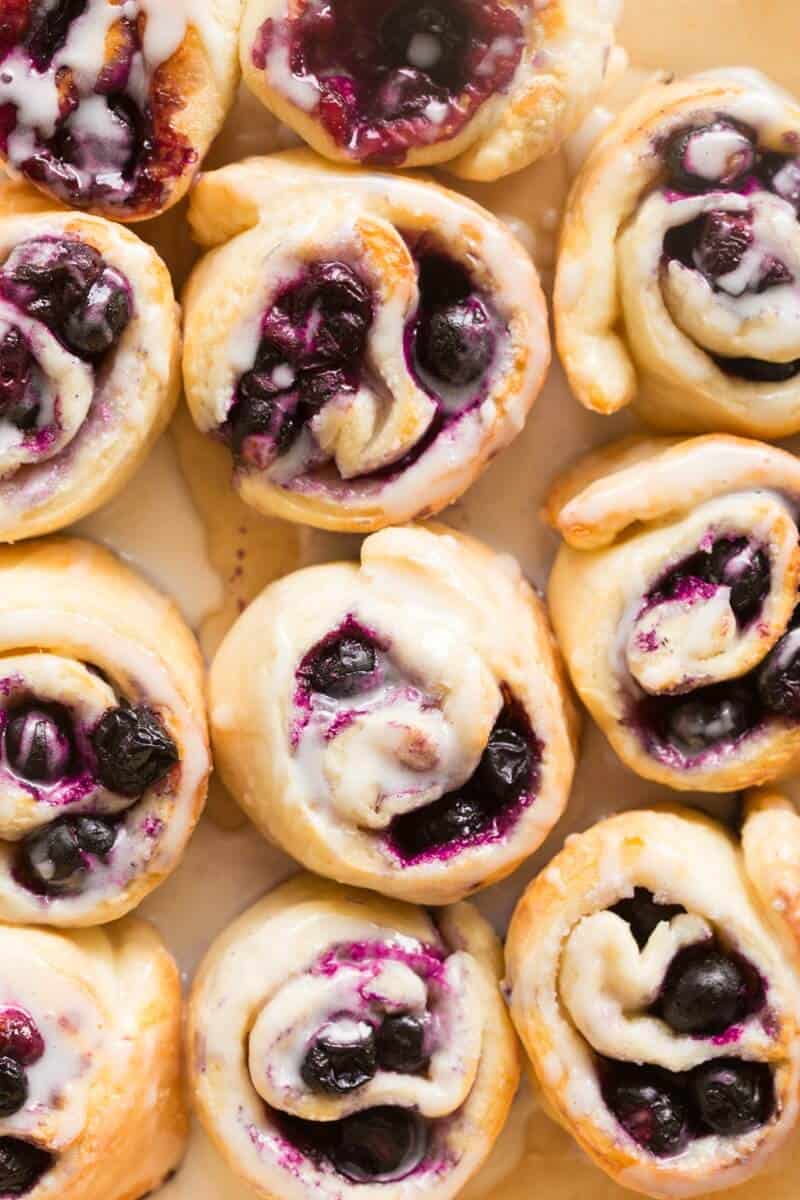 Can I substitute the self-rising flour for another flour?

Unfortunately, you cannot use another flour in this recipe.

The self-rising flour, when combined with the yogurt, produces a dough that rises, and maintains and fluffy texture. Other flours will yield a flat and sometimes earthy texture, and ones that are NOT enjoyable to eat.

What can I use instead of yogurt?

If you can’t tolerate yogurt or don’t have any of the appropriate yogurts on hand, these are the substitutions that DO work-

NOTE: I don’t recommend using other kinds of yogurt (plain or all-natural), as it will yield a super sticky dough.

How is this recipe vegan AND gluten-free?

As stated multiple times in the post (and recipe card), this recipe has vegan and gluten-free options.

Personally, I used coconut yogurt, which is naturally vegan (there is no dairy in it) and gluten-free self-rising flour.

If you use another kind of yogurt or another flour then yes, it will no longer fit these diet types. 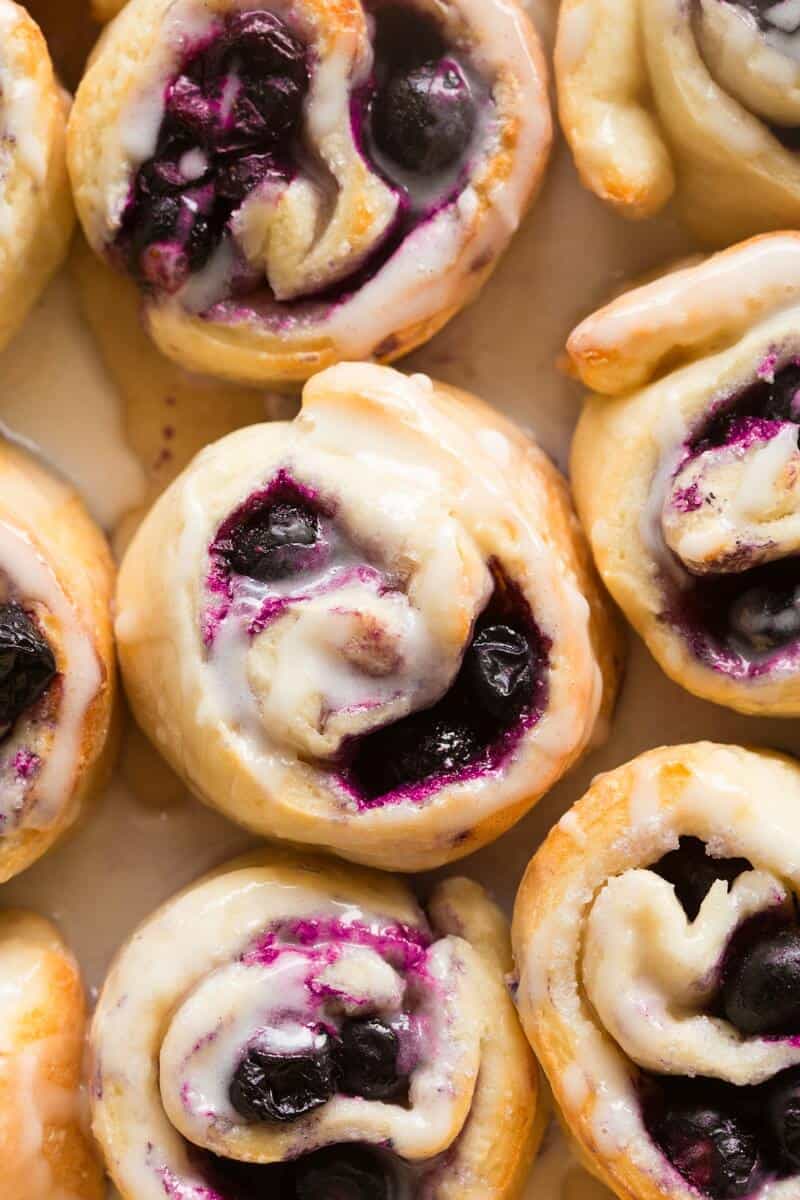 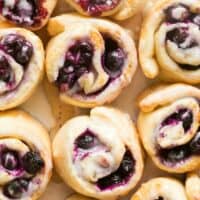 * Any kind of Greek yogurt works (non-fat, full-fat, etc) or Coconut yogurt, to keep it vegan. See post for other non-yogurt options.  ** Also known as confectioners' sugar and icing sugar.

One thought on “Easiest Blueberry Cinnamon Rolls- No yeast!”