These cinnamon rolls without yeast take just 20 minutes to make, and are ridiculously fluffy and delicious! Made with 2 ingredient dough, they are secretly vegan, gluten free!

When it comes to baking without yeast, I love making no yeast bread, pizza dough, and these no yeast cinnamon rolls. 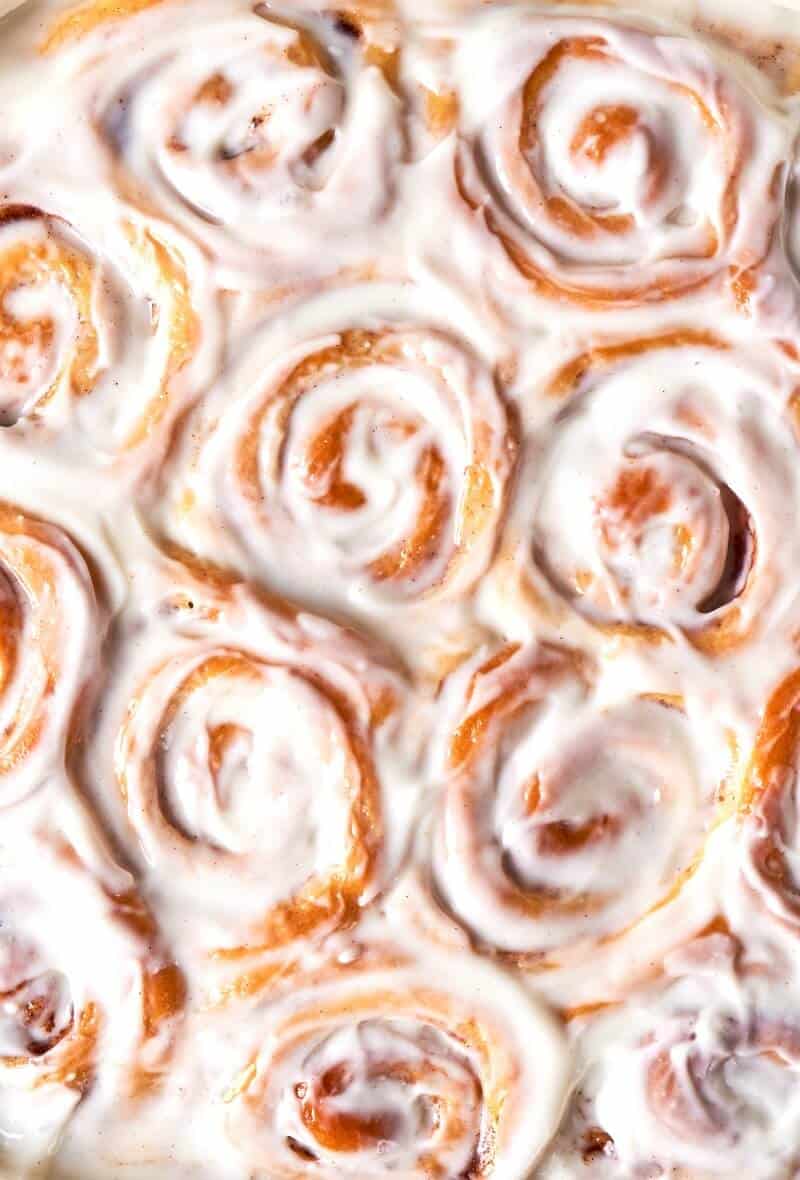 Raise your hand if you’ve ever been afraid to bake with yeast? I have. I consider myself a pretty skilled baker, but I just simply do NOT have the patience to work with yeast. The extra time needed, the kneading, and all of that jazz- I’d rather just skip it.

Now, I know I shouldn’t play favorites, but these fluffy and sweet rolls are just as good, if not better than traditional cinnamon rolls. However, made in half the time and without any yeast. They are super fluffy, doughy, and full of cinnamon sugar flavor! Topped with a simple glaze or cream cheese frosting, you’ll be obsessed!

Made without dairy, eggs, or refined sugar, these healthy cinnamon rolls are easily made vegan and gluten free! 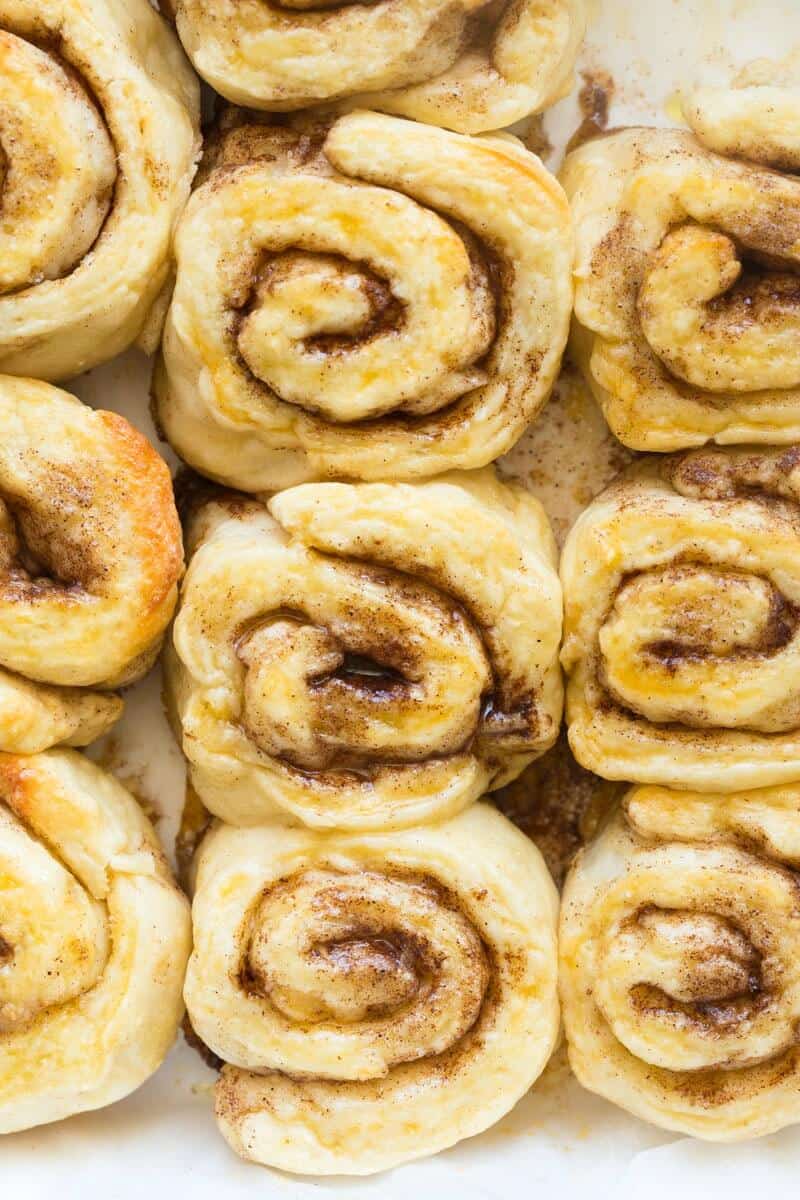 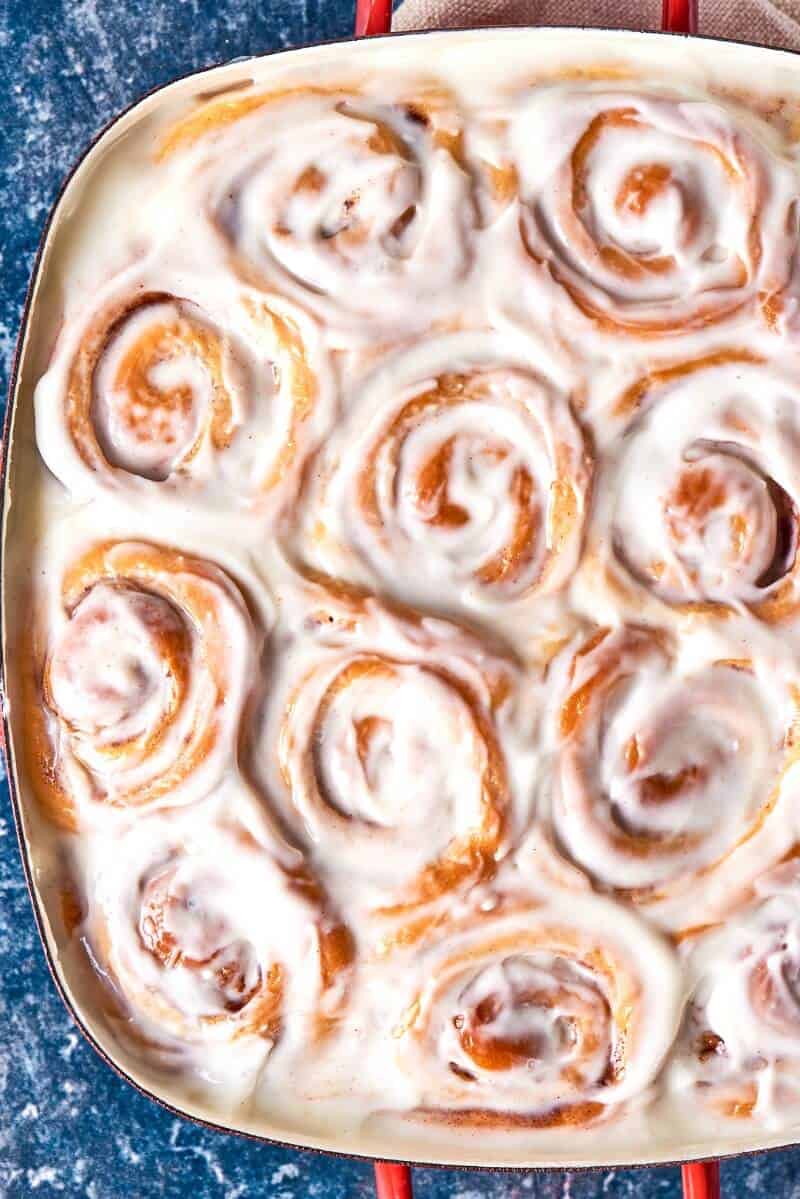 How do you make cinnamon rolls without yeast?

Start by preparing your 2 ingredient dough! In a large mixing bowl, add your self-rising flour, 1 tablespoon of the sweetener with yogurt and mix very well, until a smooth dough remains and form it into a ball. Depending on the type of Greek yogurt you use (non-fat VS full-fat, for example), you may need to add a little more flour to it. Do not add too much- just until its sticky, but smooth.

Using a rolling pin, roll out the dough into a thin, half an inch layer. Form it in a rectangular shape.

Use a pastry brush to brush coconut oil over the top of the dough. Then, you’ll want to sprinkle the cinnamon and sweetener on top of it.

Use a sharp knife (or even pizza cutter) and slice the rolled-up dough into 12 pieces. Place them in a shallow baking dish, side-by-side. If desired, brush with some oil or liquid, for some sheen.

Step 4- Frost and enjoy it!

Allow the cinnamon rolls to cool for 10 minutes. While they are cooling, prepare your glaze, then drizzle over the tops of them. Enjoy warm, or let sit until room temperature, for the glaze to firm up. 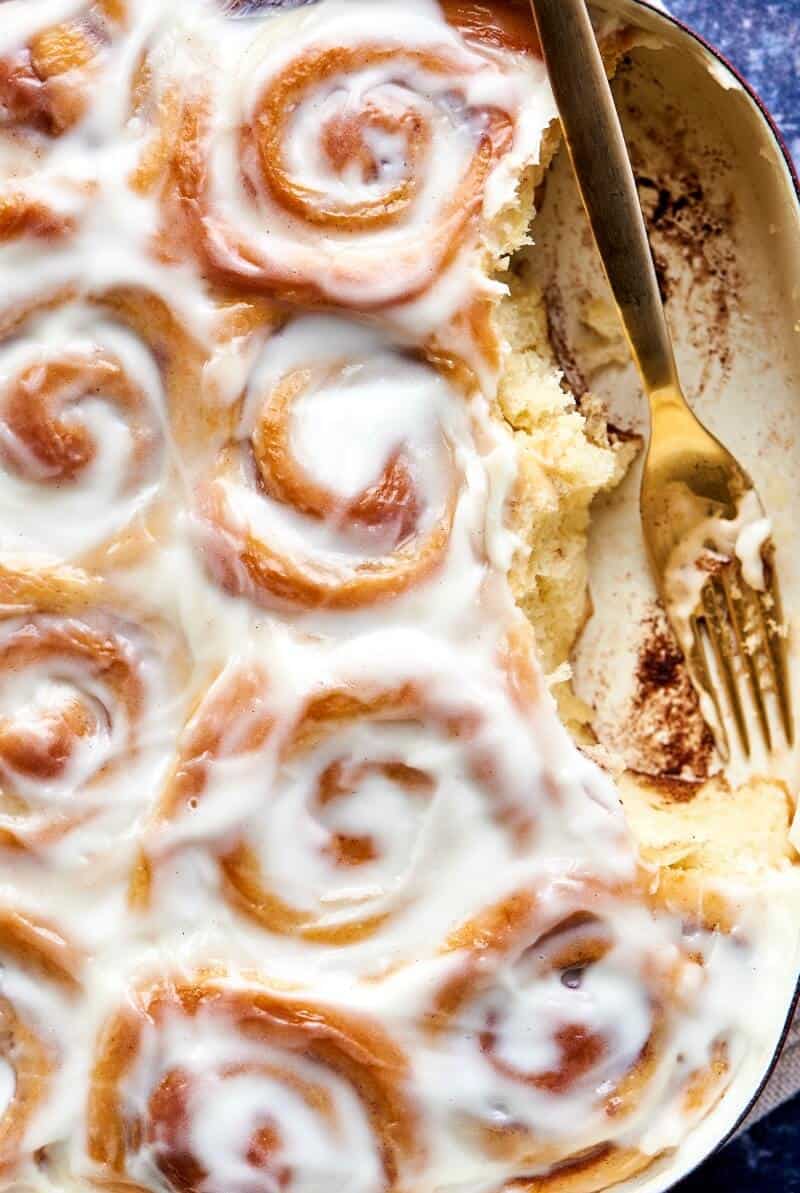 How do you make dough rise without yeast?

Traditional cinnamon rolls tend to use yeast, to ensure the dough rises and becomes puffy.

In my recipe, you’ll notice there is no yeast. Instead of yeast, we use self-rising flour. This ensures the dough rises beautifully, without the need to rest, knead of proof!

Can I use all-natural yogurt?

I’ve made many 2 ingredient dough recipes, and have tried a bunch of yogurts. Some have worked consistently well (Greek yogurt and coconut yogurt), but some have been difficult to use.

Plain yogurt, also referred to as natural yogurt, has been a difficult one. Several brands have been okay, but most have been difficult to form into a dough.

What will happen is the dough will become super sticky, and you’ll continue to add more and more flour. Eventually, you’ll have a smooth dough. However, once it is baked, it remains flat, doughy and very, VERY undercooked. 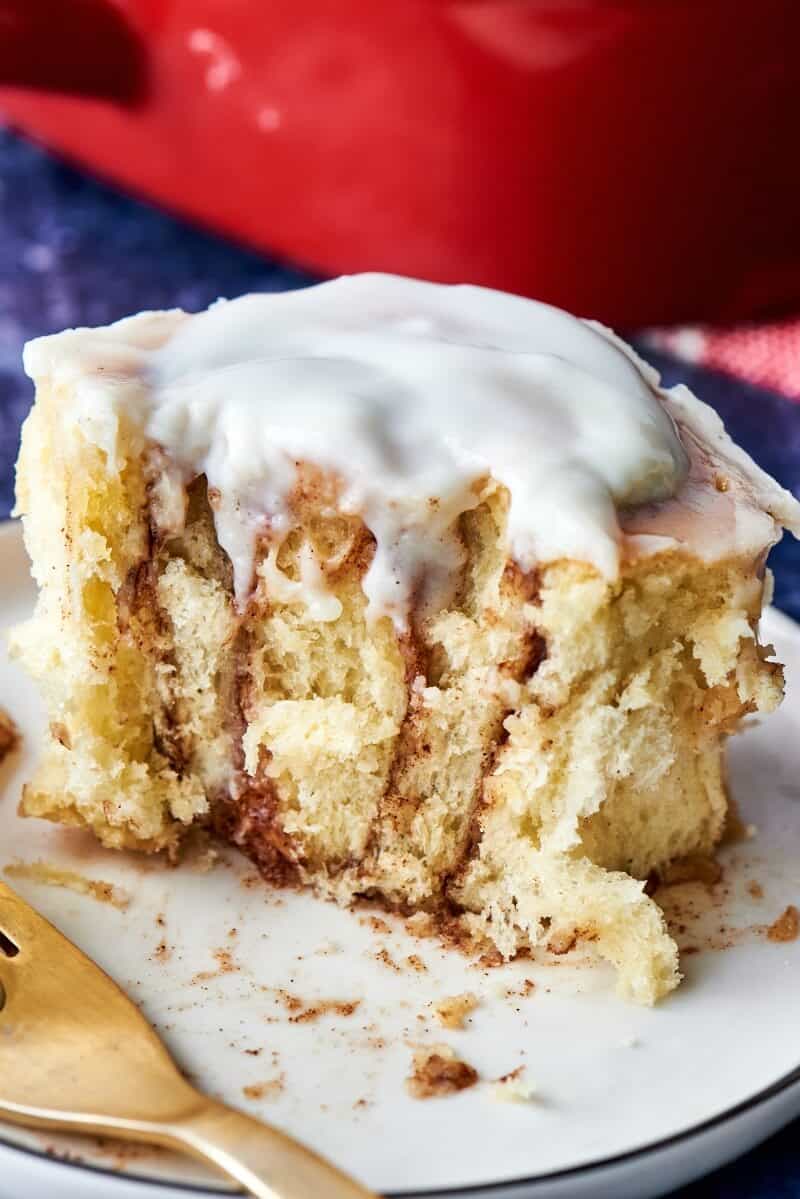 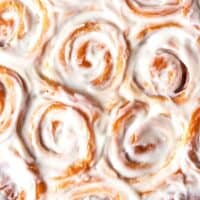 * I used sugar-free powdered sugar, but you can use standard powdered sugar (confectioners' sugar).  ** I used coconut yogurt. You can use any kind of Greek yogurt- non-fat, reduced fat, or full-fat. I don't recommend other types of yogurt. You may also like keto cinnamon rolls. You can also frost this with sugar free cream cheese frosting.

20 thoughts on “Cinnamon Rolls (No yeast)”