A delicious healthy flourless breakfast cake that has the taste of a cinnamon bun and loaded with delicious cinnamon flavor! Fluffy and filling on the inside and tender on the outside with a secretly healthy frosting, this cinnamon bun breakfast cake is vegan, gluten free, dairy free, sugar free and comes with a tested paleo and keto option! 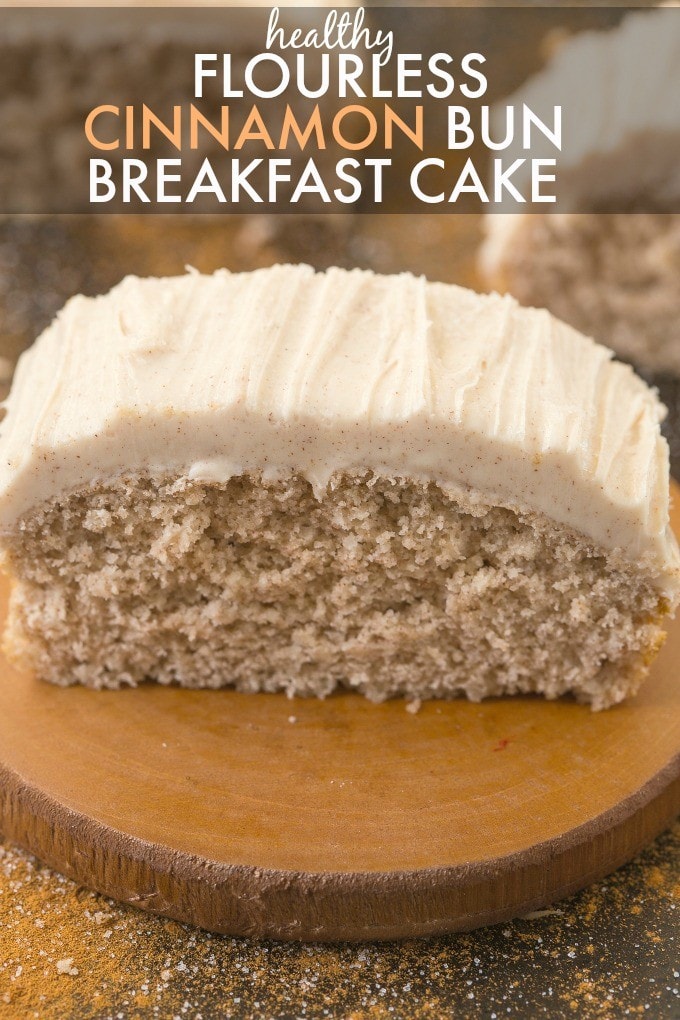 We love having desserts for breakfast around here, including keto granola, blueberry breakfast muffins and this addictive cinnamon breakfast cake.

Made with no flour, no eggs, and no grains, it’s made in one bowl and perfect for quick breakfast meal prep recipes.

Now, don’t let the word ‘cake’ put you off. This recipe is secretly healthy! It’s made with wholesome and healthy ingredients, and even has a guilt-free and protein-packed frosting on top!

Tender on the outside, moist and fluffy on the inside, the flavor reminds you of a cross between a warm cinnamon roll and a cinnamon muffin! For such a decadent tasting breakfast cake, you’ll be surprised that it is secretly low carb and sugar free! 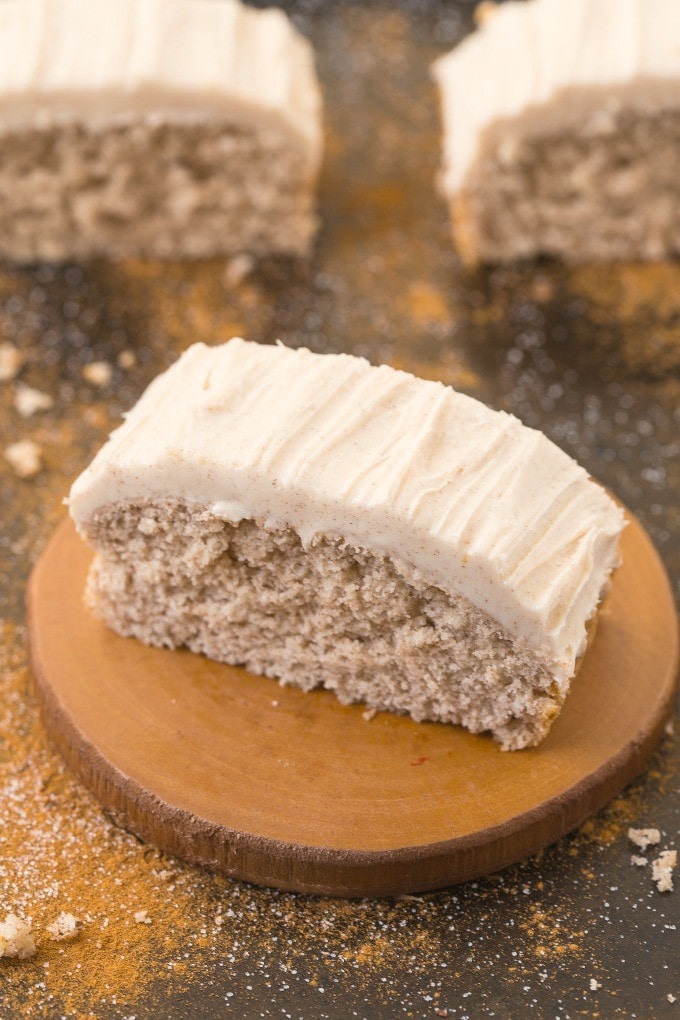 Is it okay to eat cake for breakfast?

That is the life long debate, and I think it comes down to what ingredients you are using. My breakfast cake recipe fits the bill. It’s made with healthy, wholesome and heart-healthy ingredients, and also packs a protein punch.

Besides, even the scientists claim that eating dessert first thing in the morning is healthier for the body and the mind!

How to make a flourless cinnamon bun breakfast cake from scratch

The first step of this recipe is to combine all the dry ingredients and mix well. In a separate smaller bowl, you’ll want to whisk together the milk, flax eggs (or eggs!), before adding it into the dry mixture. Add the drippy and smooth almond butter (and syrup and applesauce for the paleo/keto option) and mix well. Then, you will bake the breakfast cake for either 25-30 minutes (vegan and eggless option) or 45-50 minutes (paleo, keto and gluten-free option) until it is golden brown on top and a skewer comes out clean from the center.

You’ll want to allow the cake to cool in the pan completely, before adding the optional frosting. 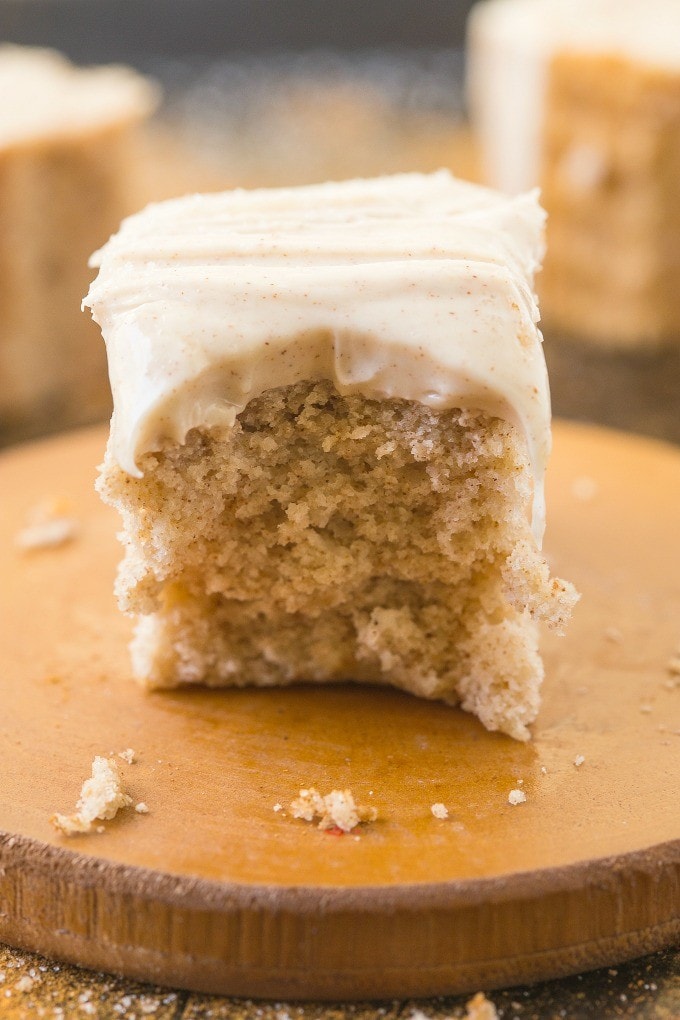 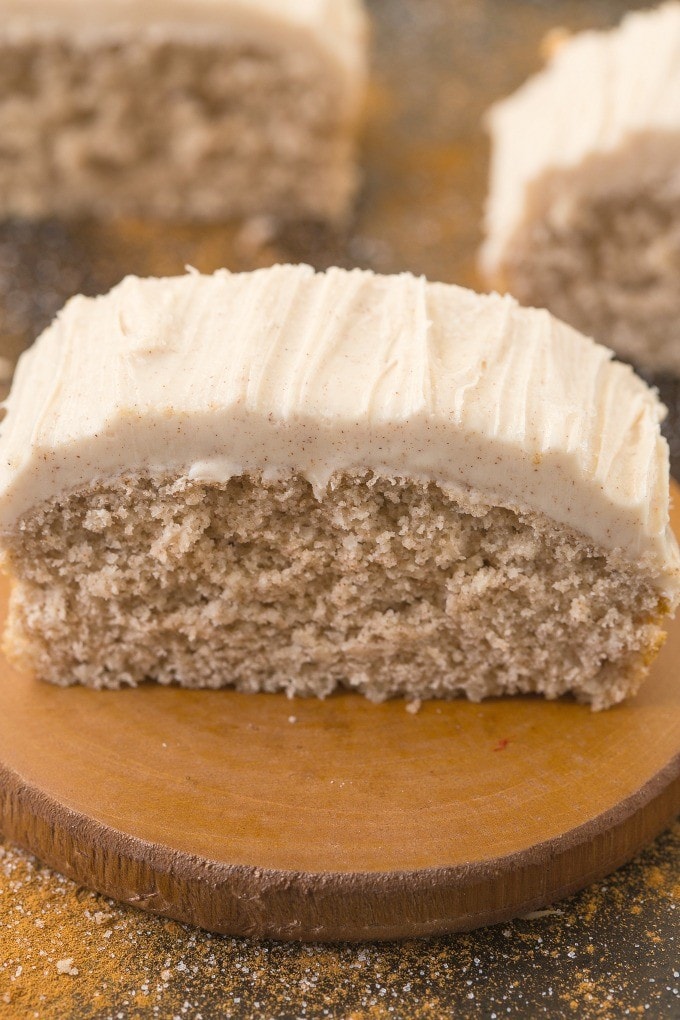 Can this breakfast cake be made as cinnamon roll breakfast muffins?

If you don’t have a loaf or baking pan and want these as muffins, that can easily be done! Simply prepare the batter as directed and divide them amongst 12 muffin tins. The baking time will need to be adjusted.

The cinnamon bun breakfast cake MUST be stored in the fridge, otherwise, it will become rancid and spoil easily. Place the sliced and frosted cake in a sealed container. It will keep fresh for 5 days.

The breakfast cake is freezer friendly and can also be stored in the freezer. To freeze, wrap individual slices in parchment paper and place them in ziplock bags. Label them with the date 6 months in advance of the date it is baked.

To enjoy breakfast cake from the freezer, allow thawing at room temperature or in the fridge overnight. 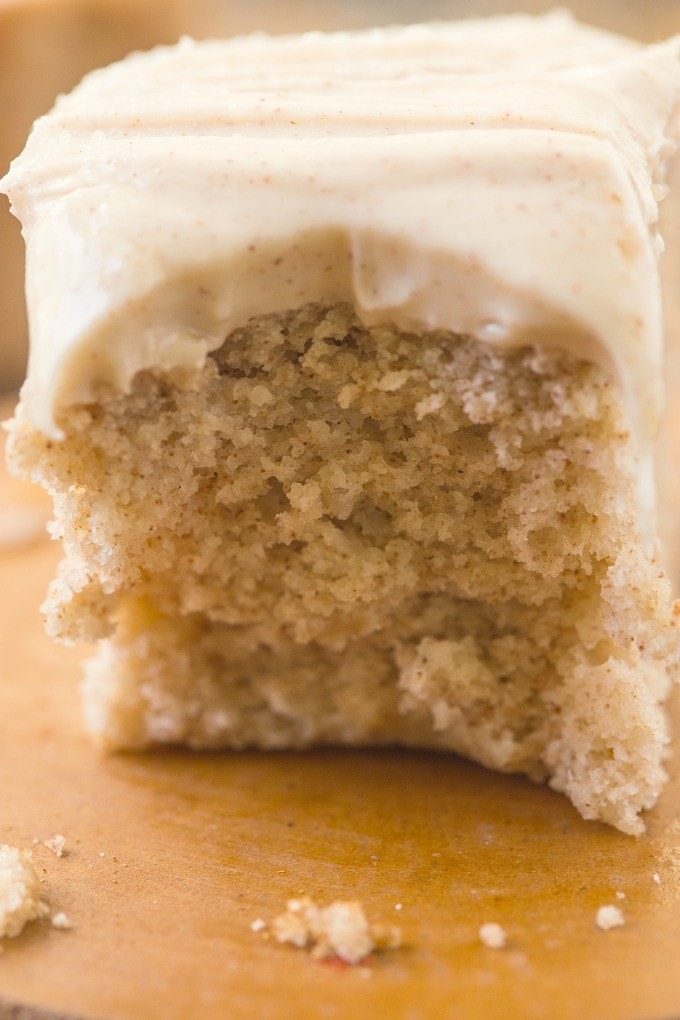 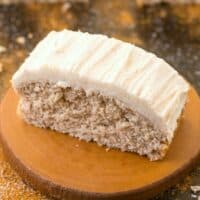 For the breakfast cake

For the cinnamon bun protein frosting

For the general cream cheese frosting

To make the frostings (Except for the cream cheese one)

Breakfast cake should be stored in the fridge. See post for options.