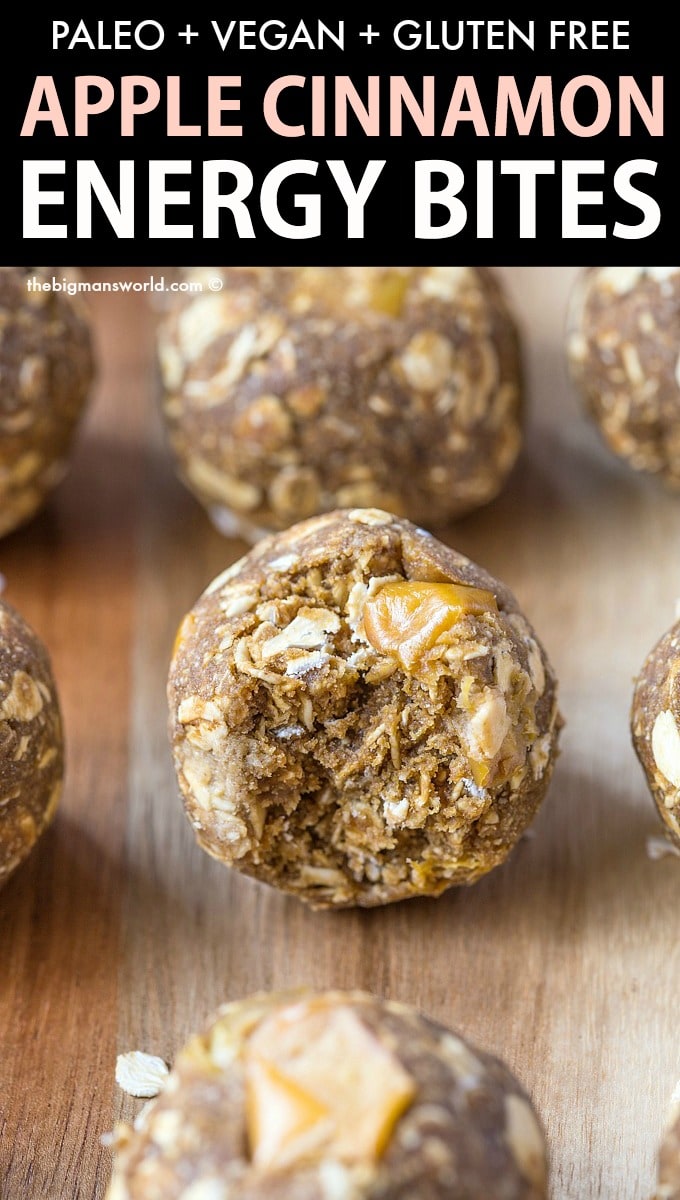 With apple season in full swing, there’s no time like the present to make some healthy snacks with some apple goodness in them. 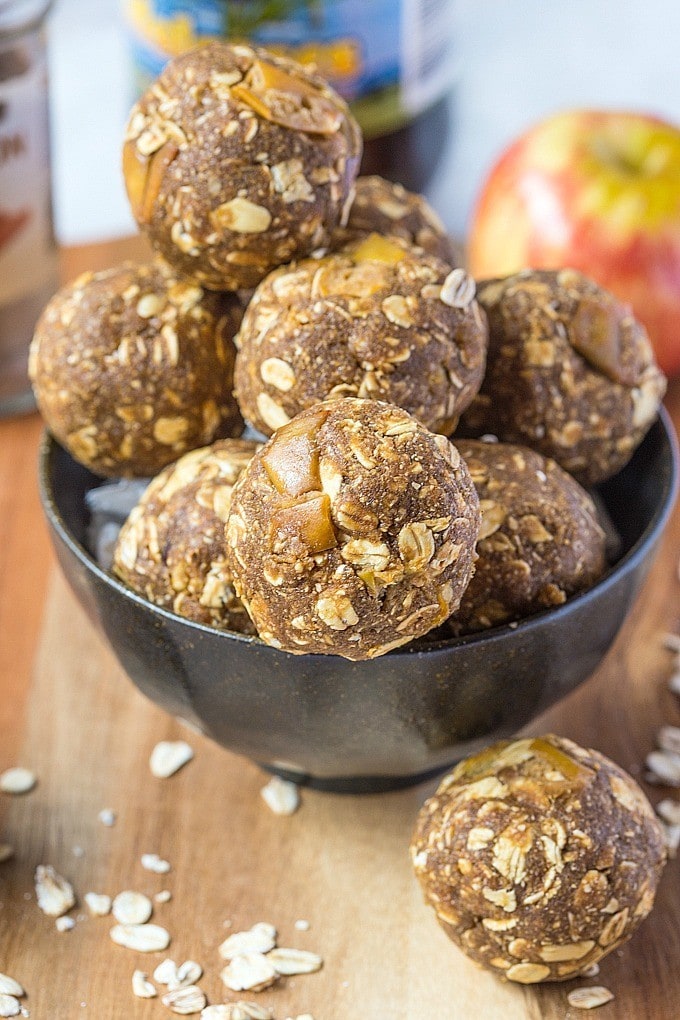 You only need 5 ingredients to make these apple cinnamon energy bites!

How to make no bake apple cinnamon energy bites

Step 1- In a high-speed blender or food processor, combine all your ingredients, minus the dates, and blend until a crumbly texture remains.

Step 2- Add in your dates and blend again, regularly scraping down the sides to ensure the dates are continually being mixed well. Continue blending until a thick batter remains.

Step 3- Transfer the ingredients into a large mixing bowl. Lightly wet your hands and form small balls od dough. Place the balls of dough on a lined plate or sheet.

Step 4- Place the plate of energy bites into the refrigerator and allow to chill until firm.

Apple Cinnamon energy balls will keep well at room temperature, in a sealed container or covered completely. They will keep fresh for up to 5 days.

You can also refrigerate the energy balls! Cover them then place them in the fridge, and they will keep fresh for up to 2 weeks. This is perfect to prepare a batch to have on hand, and to snack on whenever hunger calls!

Prepare a double or triple batch of energy bites, and store one in the freezer to enjoy at a later time!

To freeze apple cinnamon energy bites, wrap them in parchment paper and place in a ziplock bag or shallow container. The frozen apple cinnamon bites will keep fresh for up to 6 months.

To enjoy from the freezer, thaw completely at room temperature or in the refrigerator overnight. 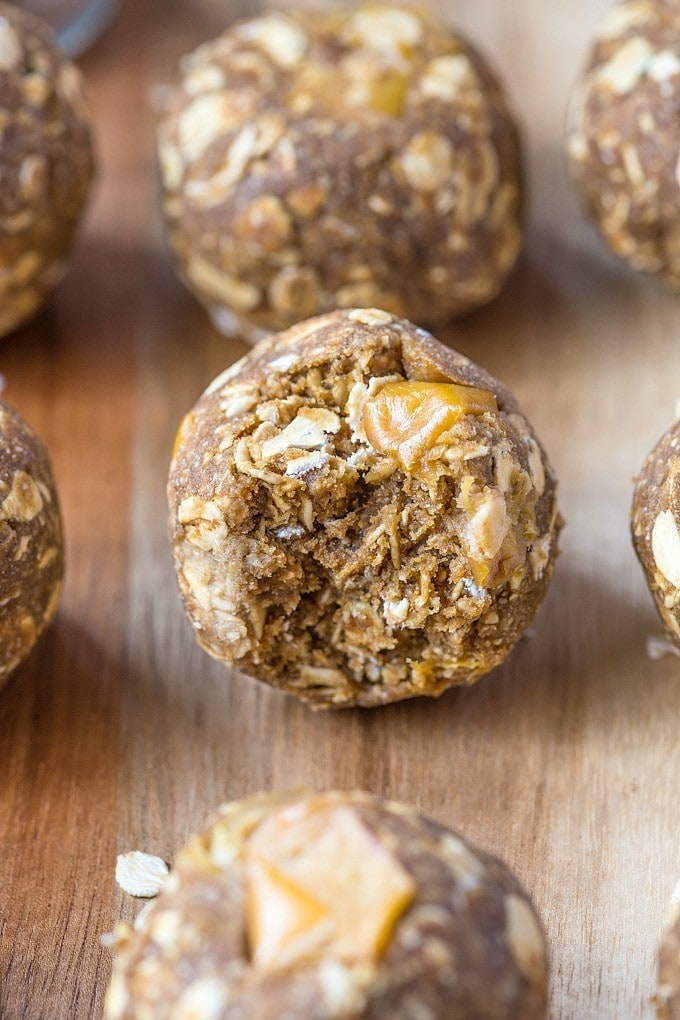 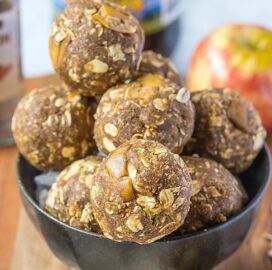 For the paleo version

Apple Cinnamon Energy Bites can keep at room temperature, in a sealed container or shallow container. They can be kept in the fridge for up to 4 weeks or frozen for up to 6 months.