Energy balls and energy bites are a snack I make weekly. I’ve found that they are the quick and easy fuel between meals, or when I have a training session but don’t have time for a meal.

This week, when I went to make a new batch to have on hand, I noticed an almost empty can of pumpkin puree in my fridge. There was barely enough to make flourless pumpkin brownies, but adapted into one of my no bake energy bite recipes? I could make that work!

Starbucks has just announced that everyone’s favorite Pumpkin Spice Latte is now officially being served, and I wanted to give my energy balls a healthy pumpkin spice latte twist!

I’ll wholeheartedly admit that I have tried the pumpkin spice latte, but wasn’t a huge fan of it. It was incredibly sweet, lacked any real punch of coffee (which ironically, was a good thing) and the pumpkin taste was barely evident.

Luckily, it was easy to combine the best bits of the pumpkin spice latte into a healthy no bake energy ball recipe. Not only are these bite-sized balls completely paleo and vegan, but because they are chock full of healthy fats and protein packed, they are also keto friendly and low carb! 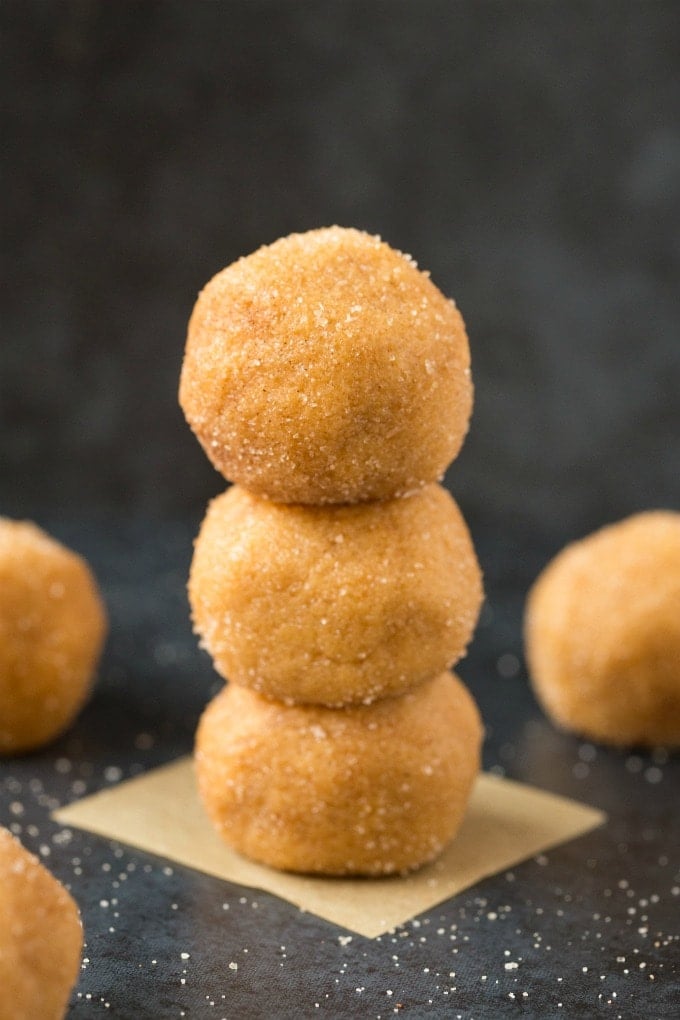 What are the spices in a pumpkin spice latte?

A traditional pumpkin spice latte contains a mixture of pumpkin pie spice and apparently, a dash of black pepper. I (luckily) couldn’t taste the latter.

How to make homemade pumpkin spice

As such, here is how to make your own homemade pumpkin pie spice–

Simply combine all the ingredients in a small bowl and store in a sealed container or jar! 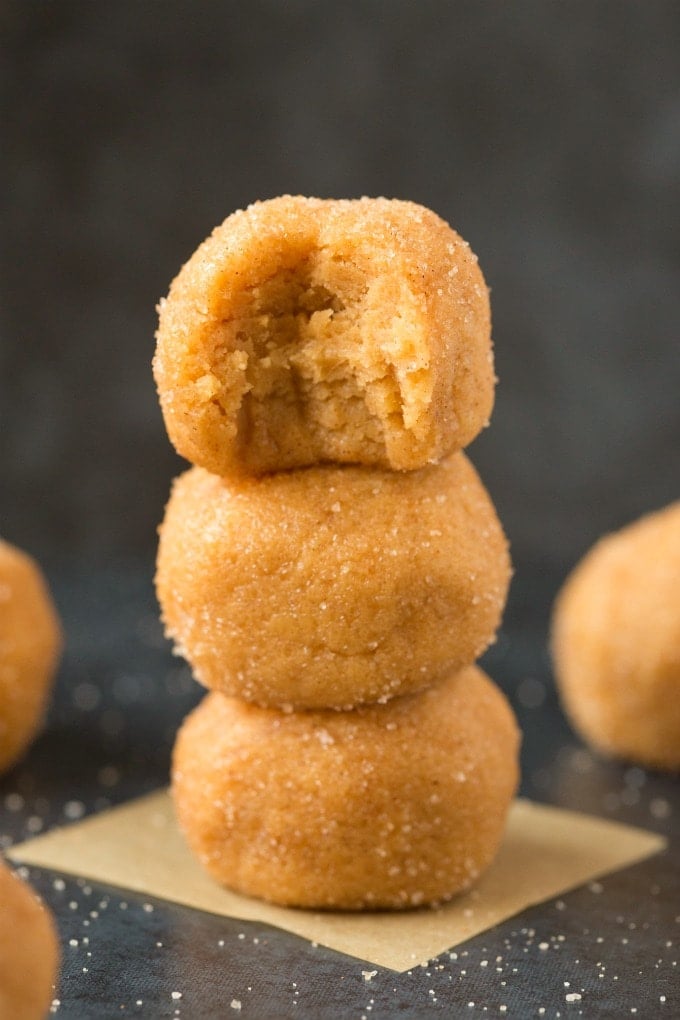 The nut or seed butter of choice-

I’m a huge fan of using almond butter, as the flavor isn’t overpowering and it is drippy enough (more liquid than stiff) to ensure it can easily be mixed. You can use peanut butter, but this isn’t paleo-friendly or suitable for those with nut allergies.

Sunflower seed butter and soy nut butter are both nut-free alternatives, which are still keto AND vegan-friendly.

Please do not substitute the coconut flour for another type of flour on a 1: 1 swap- It just won’t work. Coconut flour is like a sponge and absorbs liquids unlike any other.

For those with a coconut allergy, you CAN substitute it for almond meal or almond flour, but ensure you double the amount, and continually add more until the desired consistency is achieved.

For a non-keto, non-paleo flour, oat flour (rolled oats ground to a flour) can also be substituted. Like almond flour, you’ll need to double the amount.

Only a small amount of pumpkin puree is needed, so either use a leftover portion of canned pumpkin or even make your own!

Simply steam pumpkin until soft and tender. Using a fork, mash the pumpkin until it is smooth. You can also blend it up for an even superior consistency.

There are several sweetener options you can use for these pumpkin spice latte no bake bites.

I used liquid stevia and added several drops (around 2 servings for the entire recipe). It provided ample sweetness, and there was no bitter aftertaste.

If you don’t follow a ketogenic diet, you can use paleo and vegan-friendly sticky sweeteners, like pure maple syrup or agave. Start with 2-3 tablespoons, and taste to make sure it is sweet enough. 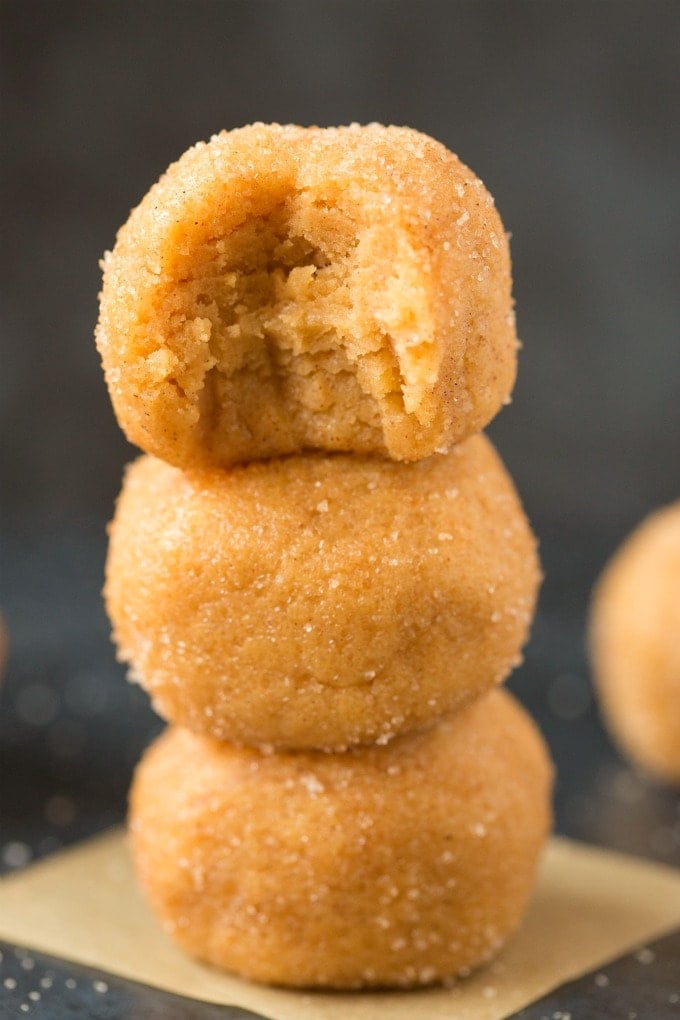 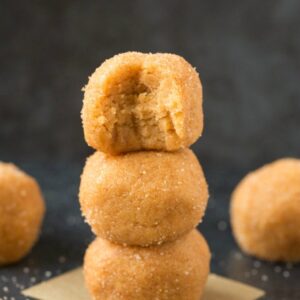 * Check the batter and if the batter is too thin, add extra coconut flour. Too thick or crumbly? Add some extra liquid/milk. ** For a non-keto option, use pure maple syrup or agave nectar. No Bake Paleo Vegan Pumpkin Spice Latte Energy Balls (Keto, Low Carb) should be kept refrigerated at all times. They are freezer friendly too. 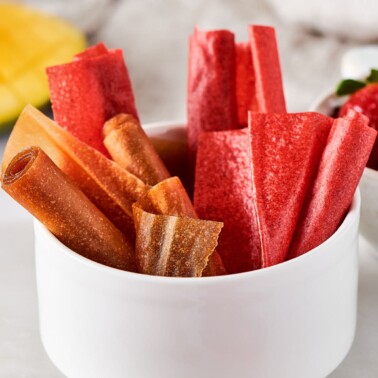 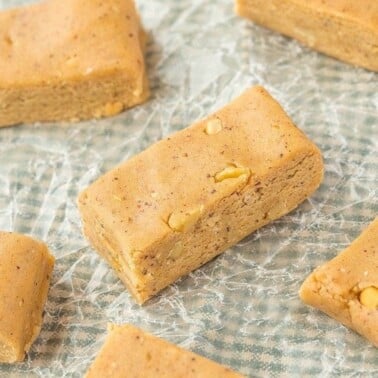 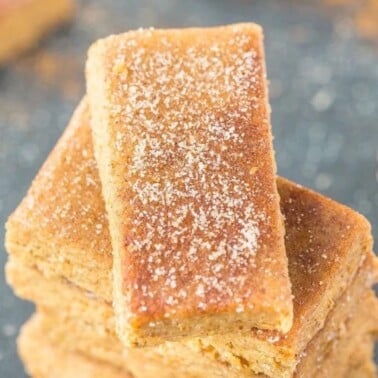 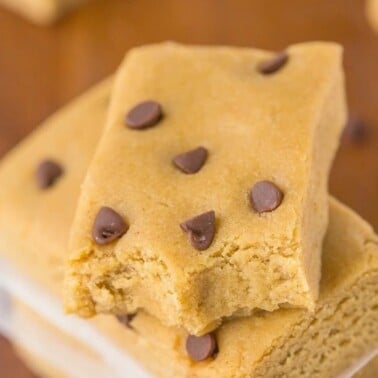