All the taste of your favourite cinnamon bun in pancake form- With a healthy makeover! High in protein, sugar free, gluten free, vegan, grain free and tasting like dessert for breakfast- These Cinnamon bun pancakes will become you’re new breakfast staple!

Whenever people go to a country or desitination, it isn’t suprising for them to create a foodie bucketlist or places they ‘must eat’ at.

I still remember the first list I made before coming to Australia for the first time. 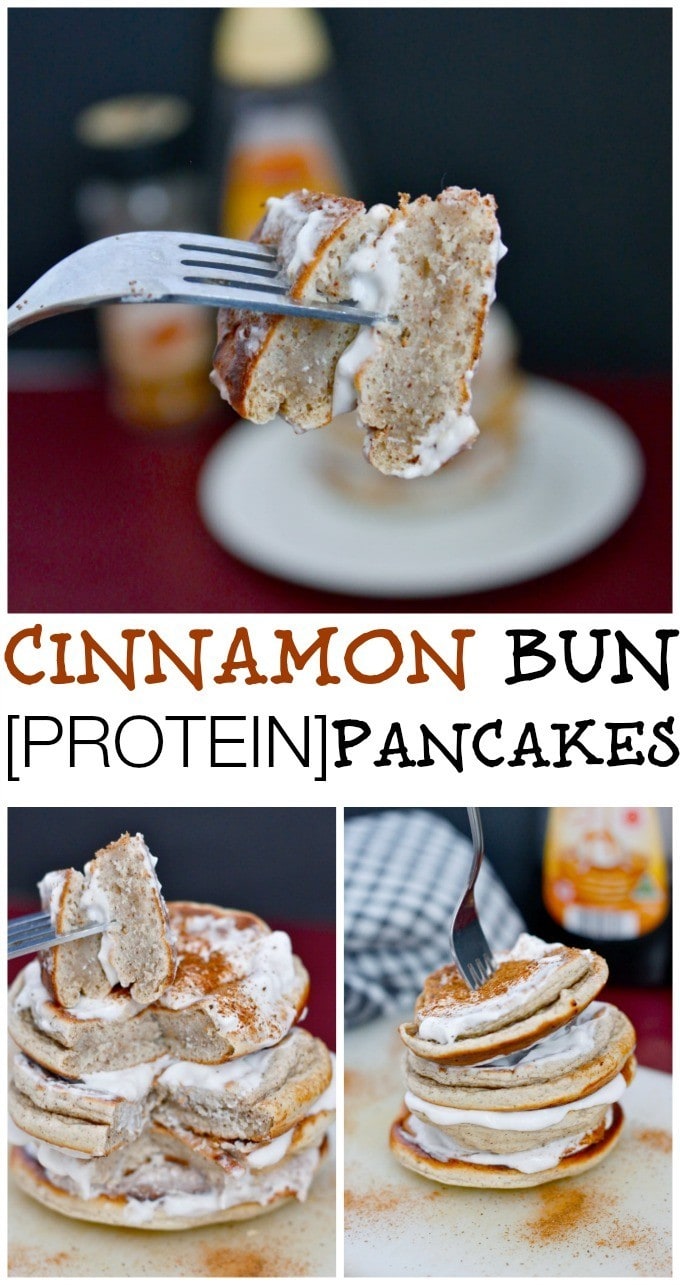 We are all friends here so let’s reserve any judgment- or blame me for being a naïve, impressionable young Australian lad. My first list-

Let’s not speak about this again.

You’d think I would have learnt my lesson and asked experts, did better research or just played it by ear but no. I made a foodie bucketlist for this quick trip to the Northern Hemisphere. Before you roll your eyes and think it’s some cliché list featuring a hot dog from a New York Stand, a pastrami sandwich from a Jewish Deli or a Clam Chowder soup out of a bread bowl- step back. It isn’t.

My foodie bucketlist is on all the foods I loved when I was over there on previous trips which are MIA in Australia. They are-

Looking over it, it actually looks pretty gourmet compared to my first foodie bucketlist before my very first trip there.

When I made my cinnamon bun oatmeal a few months ago, it was because I was missing one of my all time favourite things I tasted in America- The Cinnabon Cinnamon Rolls. I already lamented their magic in that post so it’s not necessary to do it again. 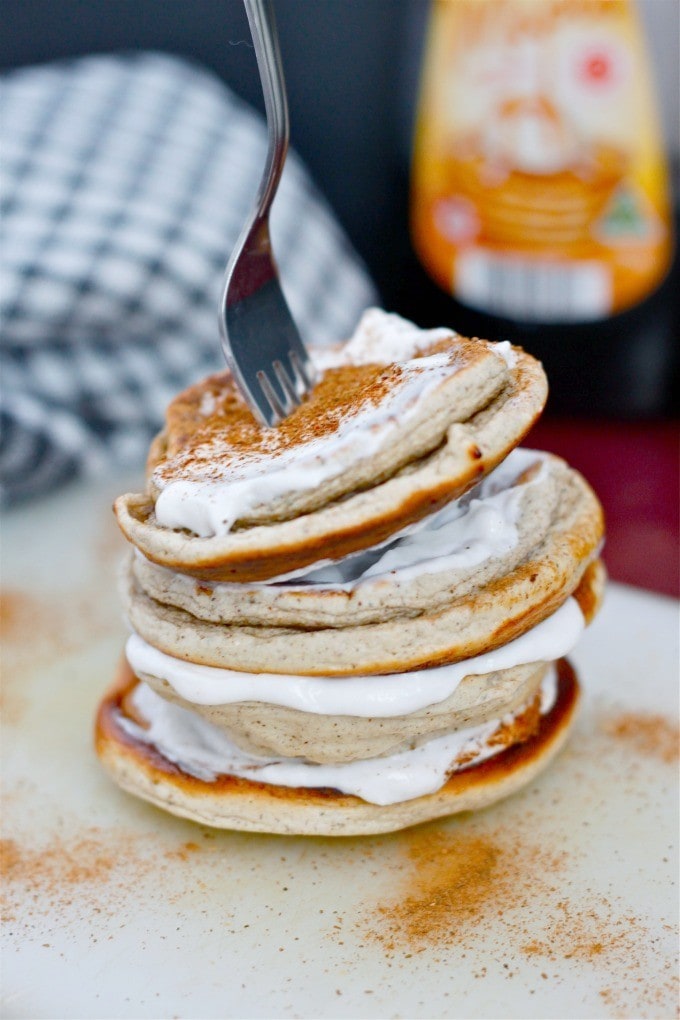 Okay, I lied- THOSE CINNABON CINNAMON ROLLS. Would it be juvenile to try and sneak them to Australia? Just kidding, I don’t want to be on border security.

Lucky, we can party under these cinnamon bun (protein optional!) pancakes. If you use Saigon Cinnamon (Costco’s hidden gem), they will actually smell like a Cinnabon! The frosting is based off the same frosting used in it’s oatmeal form which frankly, may be a cop out- seeing as Black Forest Pancakes AND the Red Velvet Pancakes used a cream cheese frosting too. C’est la vie. 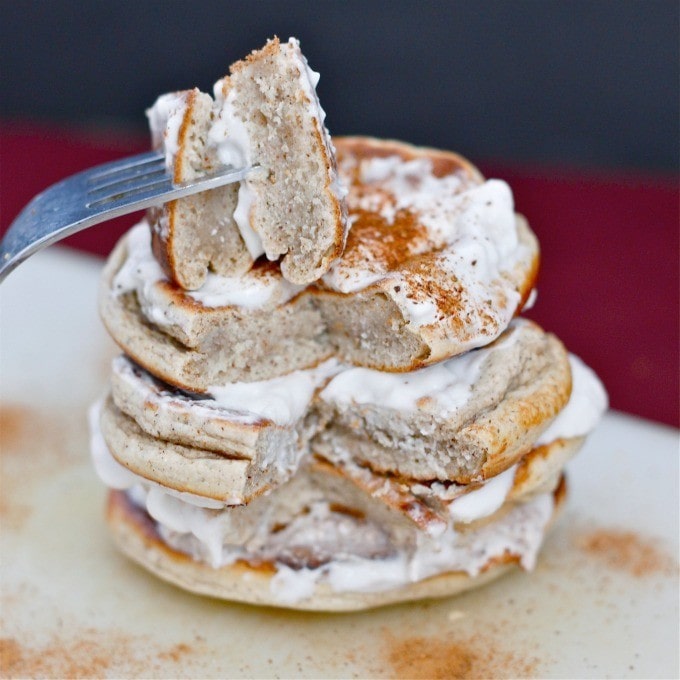 When you read this, I am hopefully down in the subway tunnels using my nose as the lead to satisfy this much awaited craving.

I’ll even be fancy and eat it with my pinky finger up- but let’s be real here. I’ll end it by licking my fingers and ensuring no icing is left behind…even on the package. 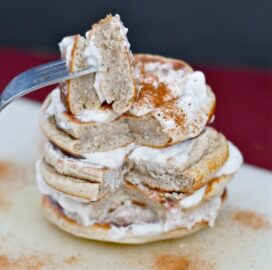 A delicious, healthy breakfast choice which reminds you of digging into a cinnamon bun- but with a healthy twist!
0 from 0 votes
Print Rate
Author: Arman @ thebigmansworld

For the cream cheese frosting

When you travel, does unique or traditional food play a big part?