These keto cream cheese brownies are the new MVP in the dessert recipe game! They are 100% dairy-free and low carb, and topped with a creamy cashew cream cheese frosting! Ready in under 30 minutes, you won’t believe them to be secretly healthy- They are moist, gooey and fudgy! 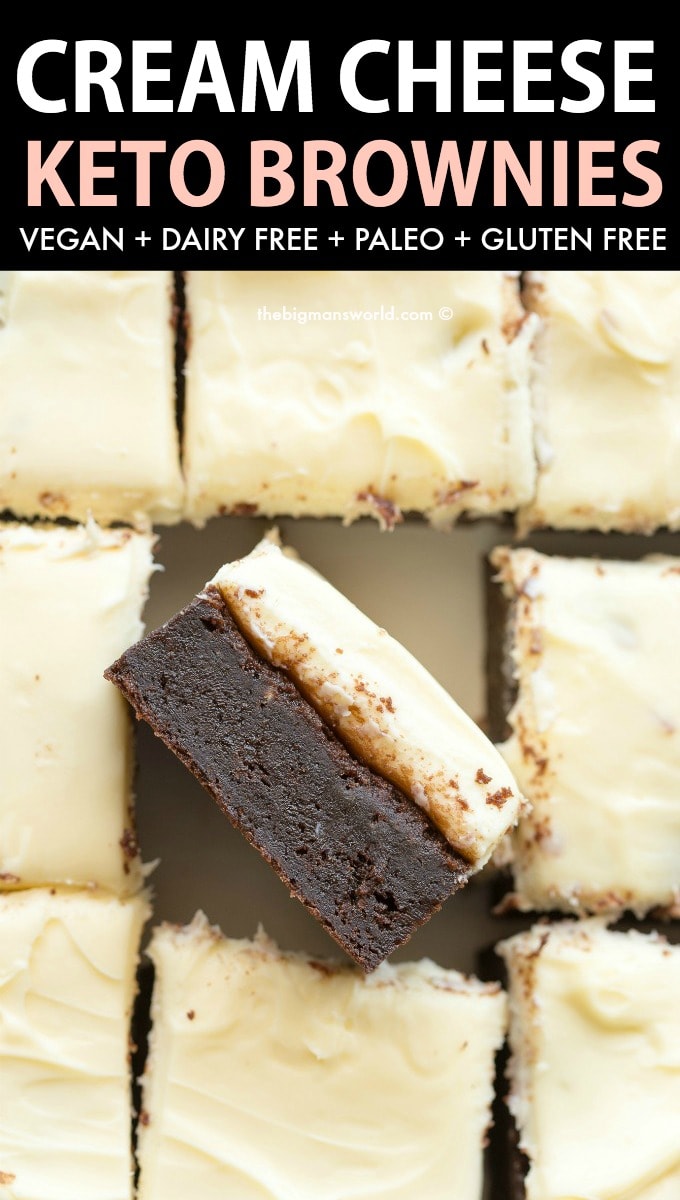 I’ve been eating these every night after dinner, and sometimes before my morning workout. Every time I make a second or third coffee, I’m sneaking away little bites then too.

This recipe came about when I made a batch of cashew cream cheese frosting and had a last-minute conference call scheduled in. I placed the frosting in the fridge, and returned several hours later to a pleasant surprise- It had thickened beautifully.

Now usually, I’d enjoy my brownies on their own, or frost it with my favorite healthy chocolate frosting. This time, I opted to spread a thick layer of the cashew cream cheese over it and voila- It tasted like chocolate cheesecake!

Unlike traditional cream cheese brownies or cheesecake brownies, mine is a little different. Instead of baking them into the brownies, you simply use it as a frosting! Once the brownies have cooled, go to town on spreading a thick layer over the chocolate brownies!

Also, I mentioned earlier that these brownies are secretly healthy…and they are! The brownies are naturally keto and low carb made without sugar or grains. The frosting is dairy-free (made with cashews!) which makes the entire recipe vegan, paleo and gluten-free! 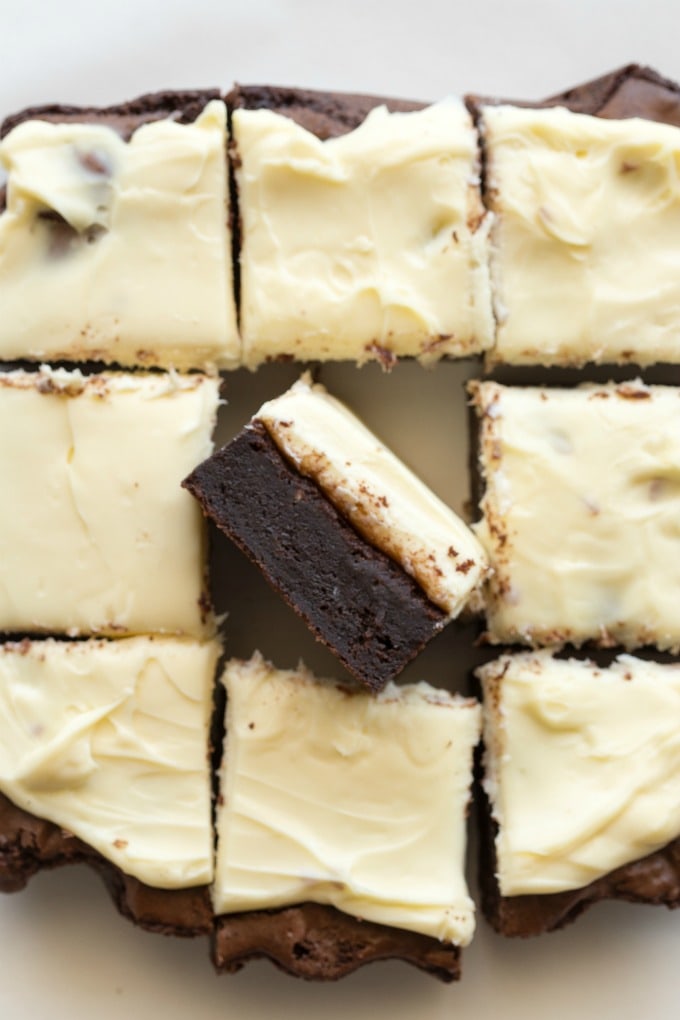 How to make keto brownies with cream cheese 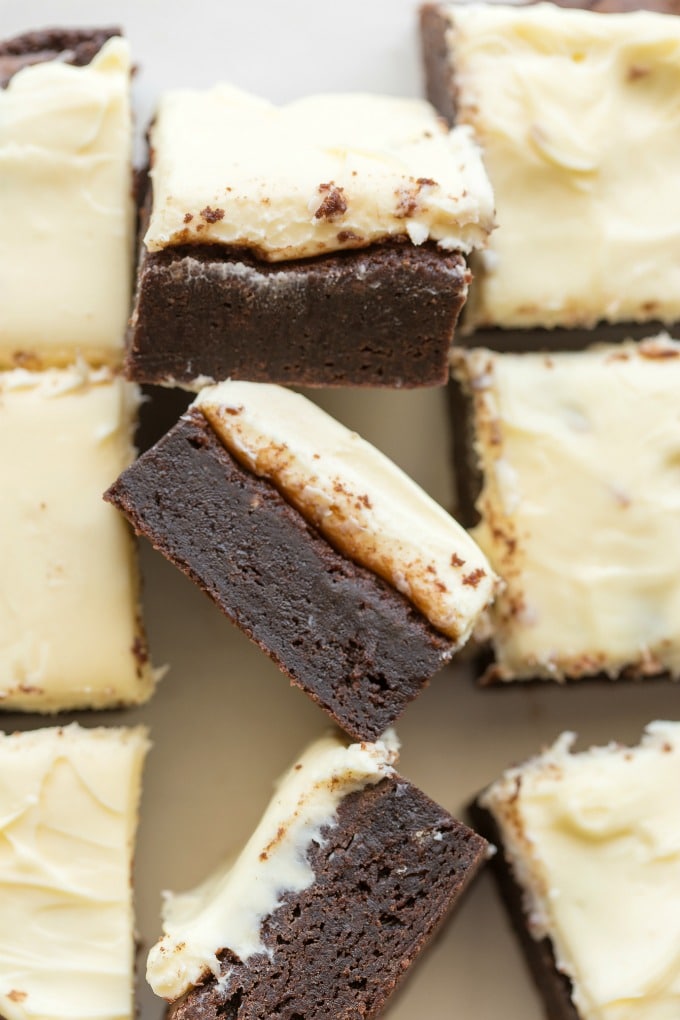 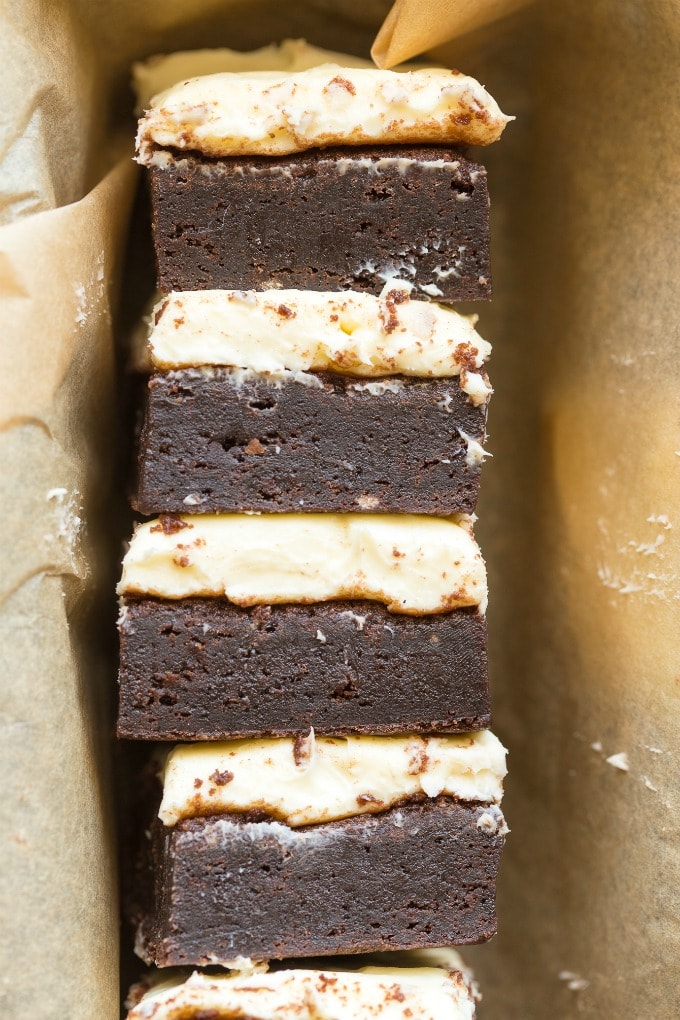 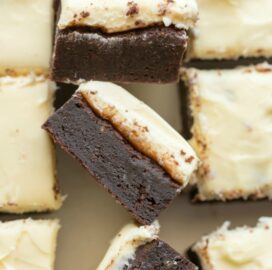