These Apple Blondies are a soft and gooey dessert recipe made with healthy and wholesome ingredients! Tasting just like apple pie, these flourless blondies need just 5 ingredients to make. 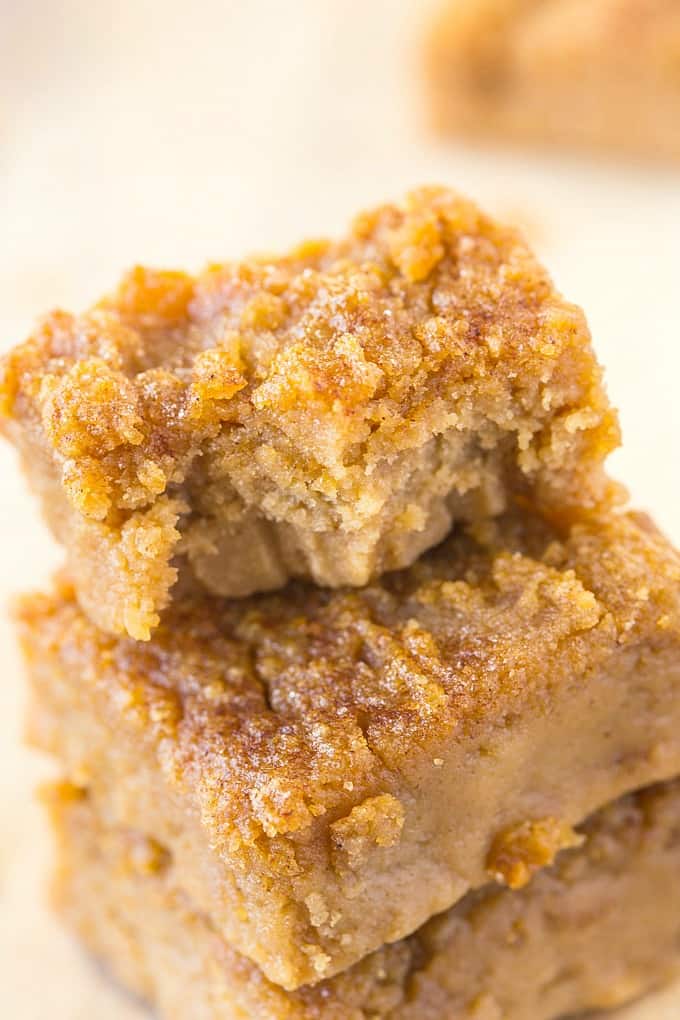 When it comes to healthy apple recipes, I love applesauce cake, applesauce bread, and these apple blondies.

When Fall comes around, I am a fan of adding applesauce to everything and anything. These apple blondies are my current favorite, as they are so simple to make, and are full of warm, fall flavors.

Initially, my intentions were to make a healthy apple pie, but I really couldn’t be bothered making a crust. Besides I already have a fabulous apple pie recipe. Instead, I wanted to try and make a kind of bar dessert, a cross between a brownie and a dessert bar. Enter- These blondies!

Made with coconut flour and naturally sweetened, they are a low carb and healthy dessert recipe. It’s a simple one bowl recipe that is made without butter and without oil, but you’d never tell. Taste wise, they have all the flavors of any good apple pie, minus the crust. The texture is what makes this stand out- Soft, fudgy, and gooey in one. 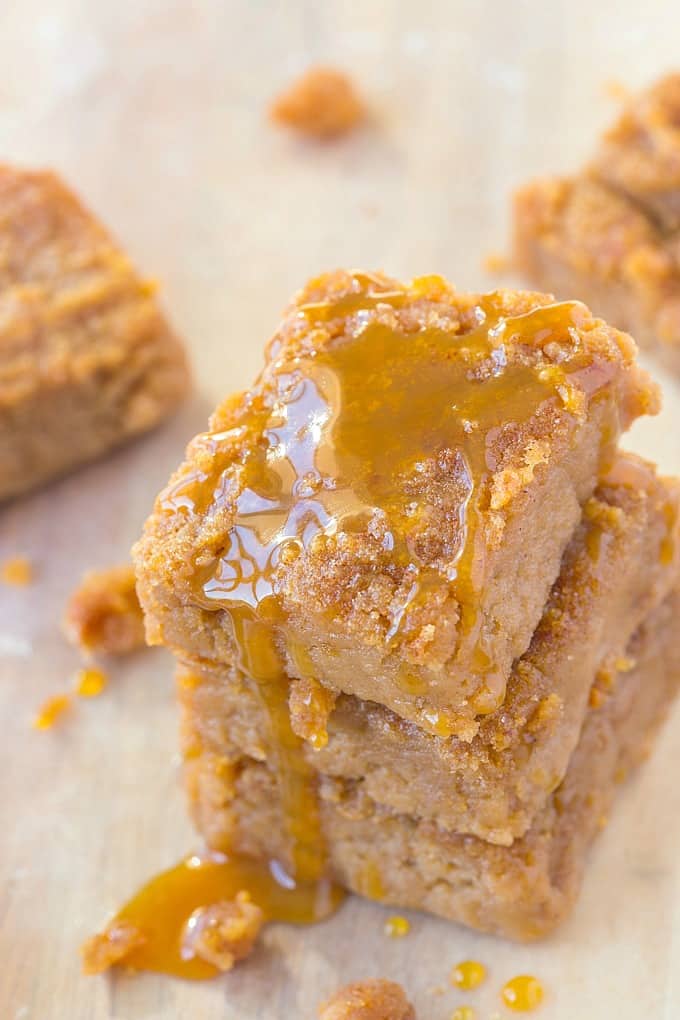 How do you make apple blondies?

In a mixing bowl, add your coconut flour and apple pie spice and mix until combined. Next, heat up your almond butter and maple syrup in a small saucepan or microwave safe bowl. Once warm, add it to the dry mixture, along with the unsweetened applesauce, and mix until combined. Transfer the blondie mixture into an 8 x 8-inch pan. If desired, sprinkle with some sweetener. Bake at 180C/350F for 30 minutes, before removing from the oven and allowing to cool completely. 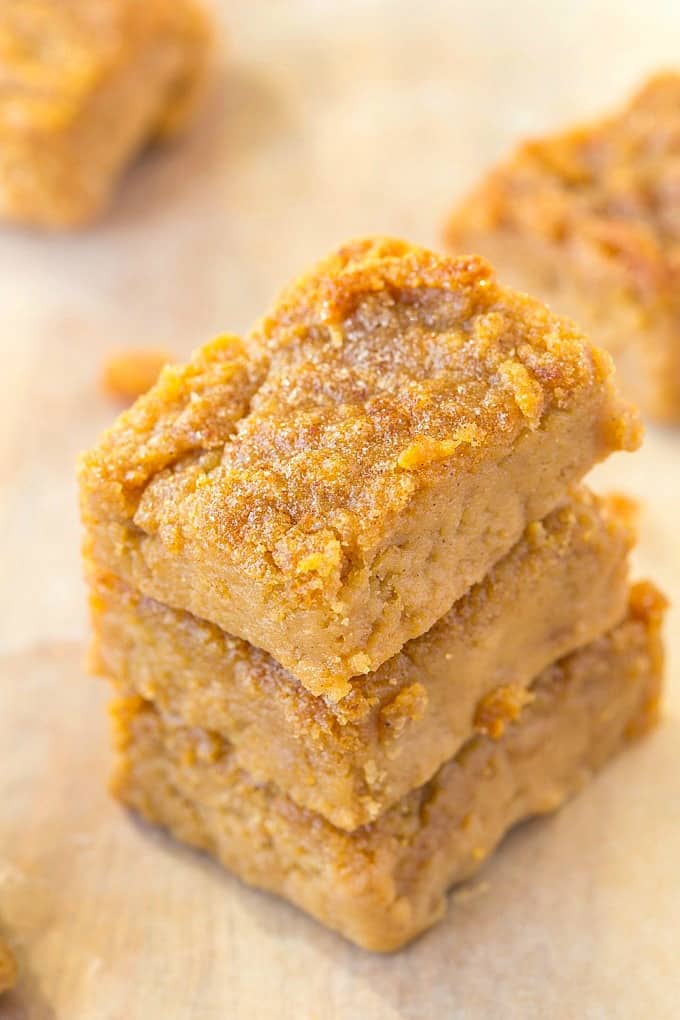 How do you make an apple pie spice?

If you can’t find packaged apple pie spice, easily make your own.

Mix together and store in an airtight container or jar. 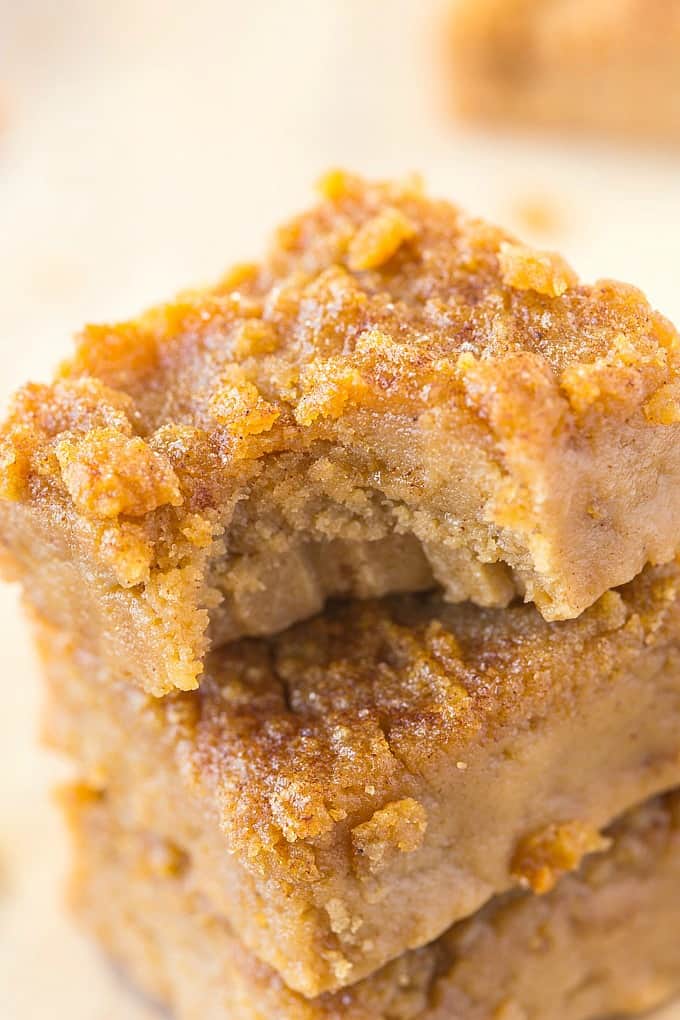 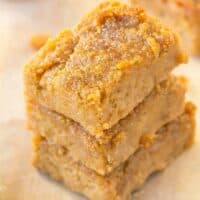 * Depending on the brand of coconut flour you use, you may need to add an extra tablespoon of coconut flour OR maple syrup to have the batter 'firm'. TO STORE: Healthy Apple Pie Blondies need to be kept in the refrigerator. They will keep fresh for up to 2 weeks. TO FREEZE: Flourless apple pie blondies are freezer friendly and will freeze well for up to 6 months.