This keto apple pie is a low carb and apple-free version of the cozy dessert! Made with simple ingredients, it’s an elegant dessert that is sure to impress! 3 grams net carbs per serving. 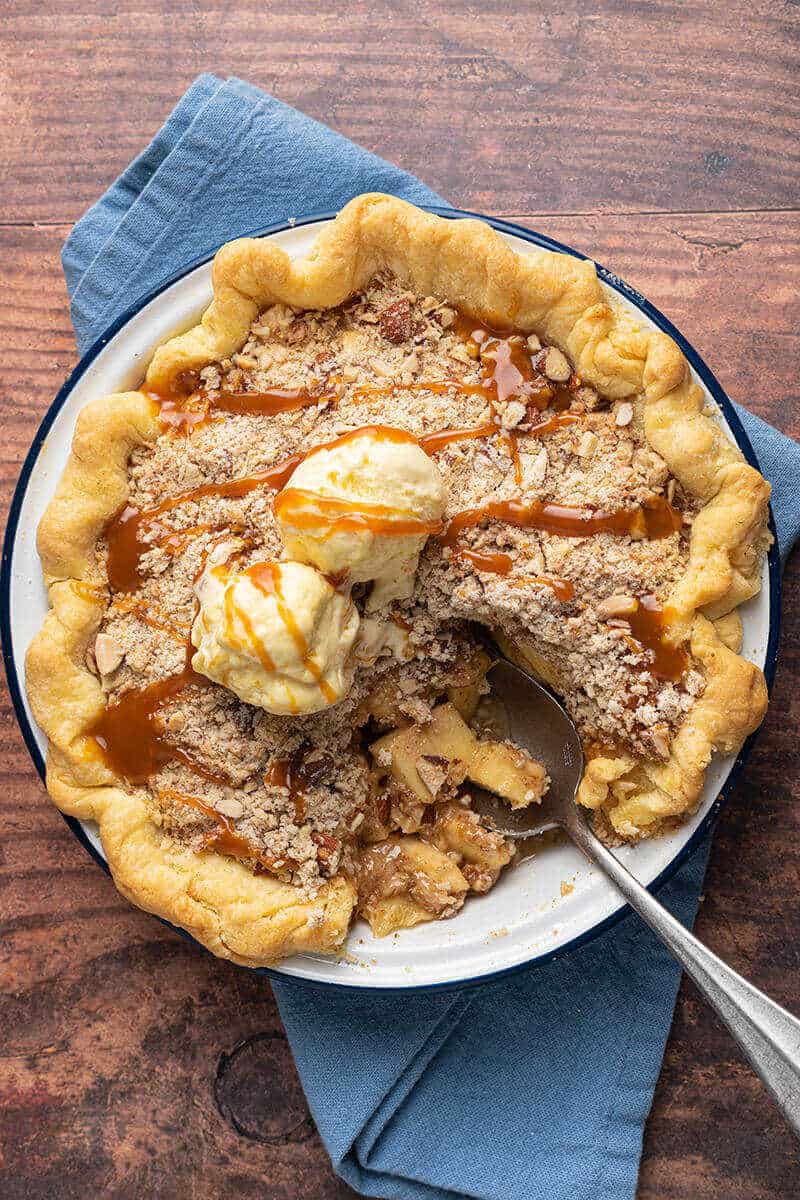 Whenever I want to make a keto dessert recipe to impress, I always make a flourless chocolate cake, blueberry cheesecake, or this keto apple pie.

One of my favorite things to do is to give low carb makeovers for my favorite desserts. There’s nothing more exciting than being able to replicate one of them and make it taste exactly like its inspiration, if not better.

Over the past few months, I’ve been experimenting with apple desserts. I’ve been using chayote squash to replace apples in all my favorite desserts, and after my keto apple crisp, I had to try something new. As someone who loves a good apple pie, that was my next endeavor!

I’ve been meaning to share a keto apple pie recipe for quite some time. It’s been my go-to dessert whenever I have friends over for dinner and everyone BEGS me for the recipe afterward!  Now, this mock apple pie may look incredibly fancy but I promise you, it is so easy to make.

No apples and no sugar are needed, but you’d never tell. The texture of the filling is gooey and comforting, and the crumb topping is crisp and buttery. It’s sweet and tastes like any good apple pie, you won’t be able to stop at one slice!

I had some friends over for dinner the other night and served this pie and dessert and NO ONE believed me when I told them there was no apples in it- They thought they could taste it!

For the crumble topping

How do you make a low carb apple pie? 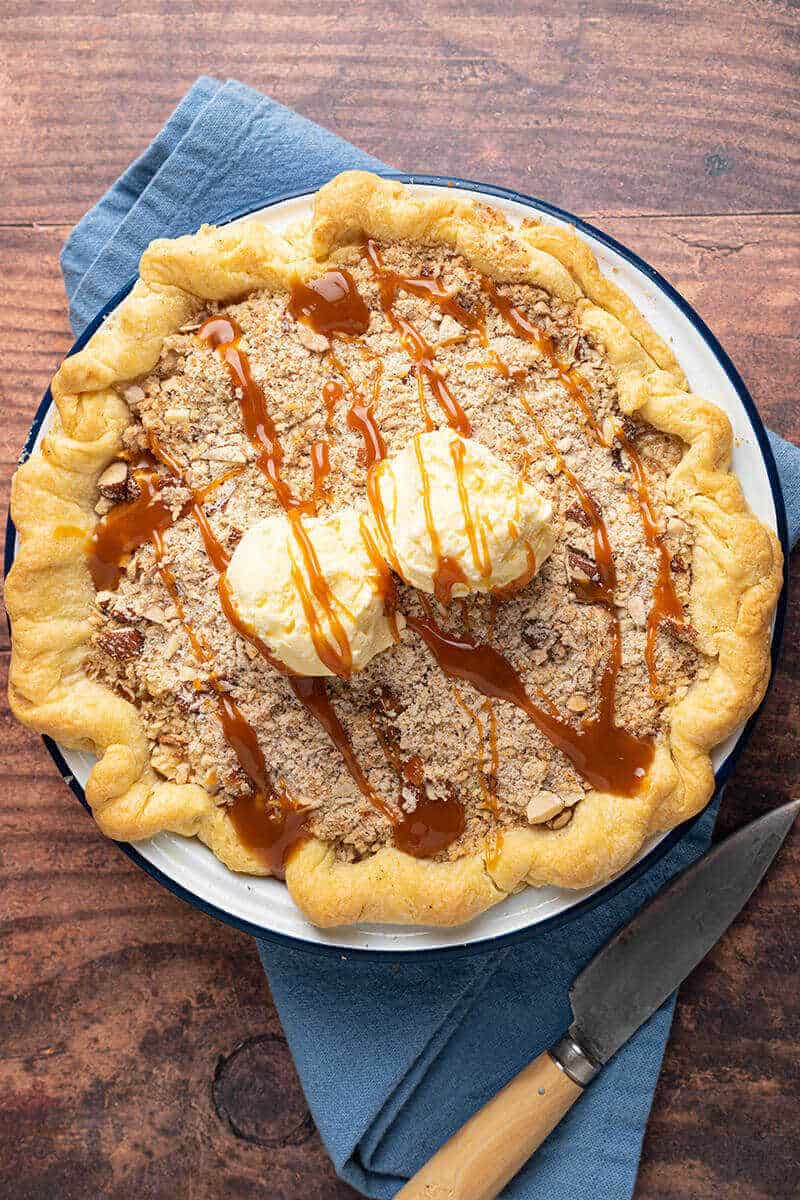 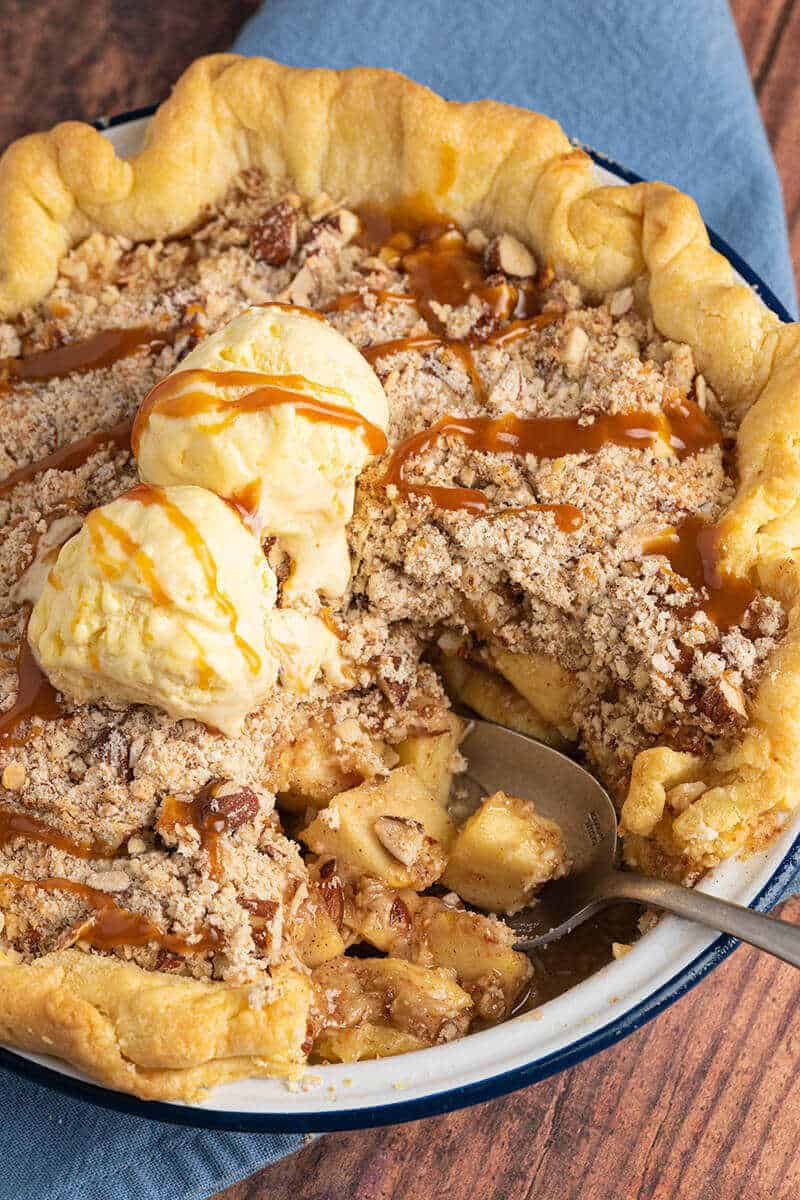 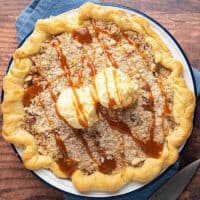 For the crumb topping

TO STORE: Apple pie must always be stored in the refrigerator, covered. It will keep well for up to 2 weeks. TO FREEZE: Place leftovers in a sealable container and store them in the freezer for up to 6 months. REHEATING: Either microwave the pie for 30 seconds or heat in the oven at 180C/350F for 5-6 minutes, until warm.