This keto blueberry pie is a gooey blueberry filling all covered in a flaky and buttery low carb crust! Made with simple ingredients, this pie is easy to put together and is sure to impress! 4 grams net carbs per serving. 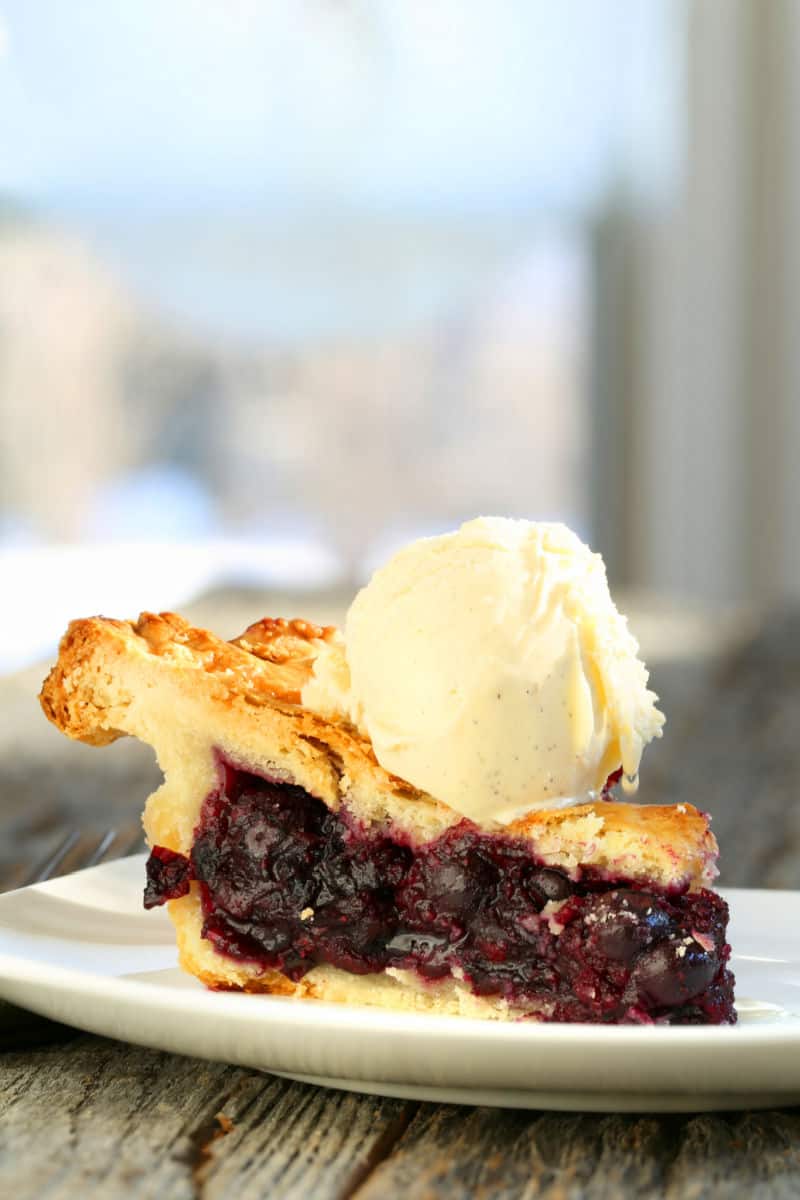 When it comes to keto recipes using blueberries, my favorite recipes to make are a cheesecake, blueberry cake, and this keto blueberry pie.

Growing up, my mom would make all our desserts from scratch. Every weekend, my sister and I would look forward to a homemade dessert that mom would spend her afternoon making. Weekend dinners would always end on a sweet note and they were something we’d look forward to.

While my mom was great at making crumbles and tarts, my favorite thing she’d make was her blueberry pie. She’d start prepping the crust in the morning and have it all put together by the time the last dinner plate has been cleaned up. When I first moved out of home, I begged her for the recipe and soon made a vegan version of it myself. Since going low carb, I was SET on making my own low carb version!

I’ve been meaning to share a keto blueberry pie recipe for quite some time. It’s a fabulous dessert that is actually much easier to make than you may think! It uses simple ingredients and the pie crust is pretty much foolproof!

Now, this pie may look incredibly fancy, but I promise you, it is one of the easiest pies you’ll ever make! No eggs and no sugar are needed, but you’d never tell. The texture of the filling is gooey and thick, and the crust is buttery and flaky! It’s sweet and full of blueberry flavor, and perfect on its own or with some ice cream!

I had some friends over for dinner the other night and shared this pie for dessert and NO ONE believed me when I told them it was low carb- They thought it had to be store bought! 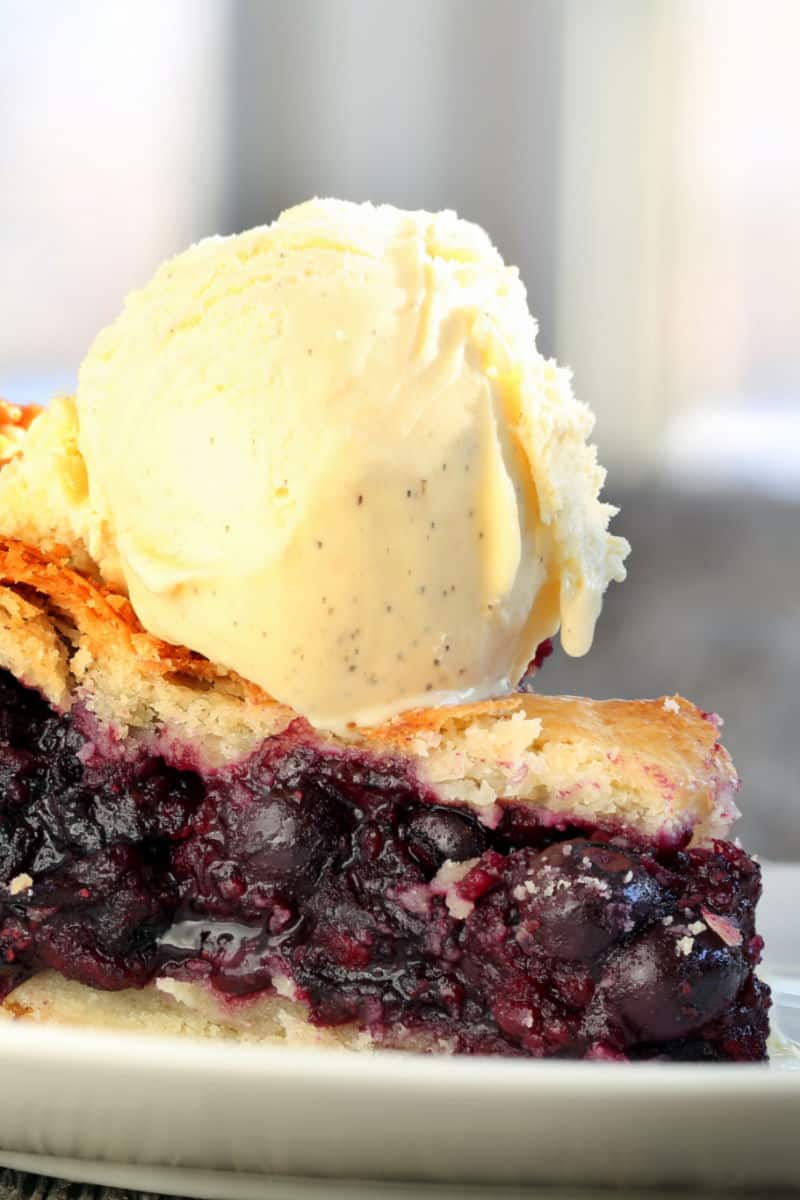 How do you make a low carb blueberry pie?

Start by preparing the pie crust. In a mixing bowl, add the dry ingredients until combined. Next, transfer into a food processor and add the cubed, cold butter. Process for 30-45 seconds, until fine crumbs remain. Using your hands, form two smooth balls of dough and cover them completely in plastic wrap. Place the dough in the refrigerator for 2 hours.

Next, roll out the two balls of dough amongst two pieces of parchment paper each. Roll out one of the balls a little large than the second one, as this will be used for the base of the pie. Transfer that rolled piece of dough into a 9-inch pie dish, reserving half an inch from the sides that can be rolled up.

Now, prepare the filling. In a mixing bowl, add the blueberry filling into a small saucepan and place over low heat. Once it begins to simmer, gently stir it for 5 minutes, before removing it from the heat. Transfer the filling into the pie dish, and spread out evenly. Place the second layer of dough on top, and pinch the edges around the side so none of the fillings seeps out. Whisk an egg and brush the exterior of the pie, to ensure a golden finish.

Finally, place the pie in a preheated oven and bake at 180C/350F for 45-50 minutes, or until golden brown on top. Remove the pie from the oven and slice and serve immediately.

Storing and freezing the blueberry pie 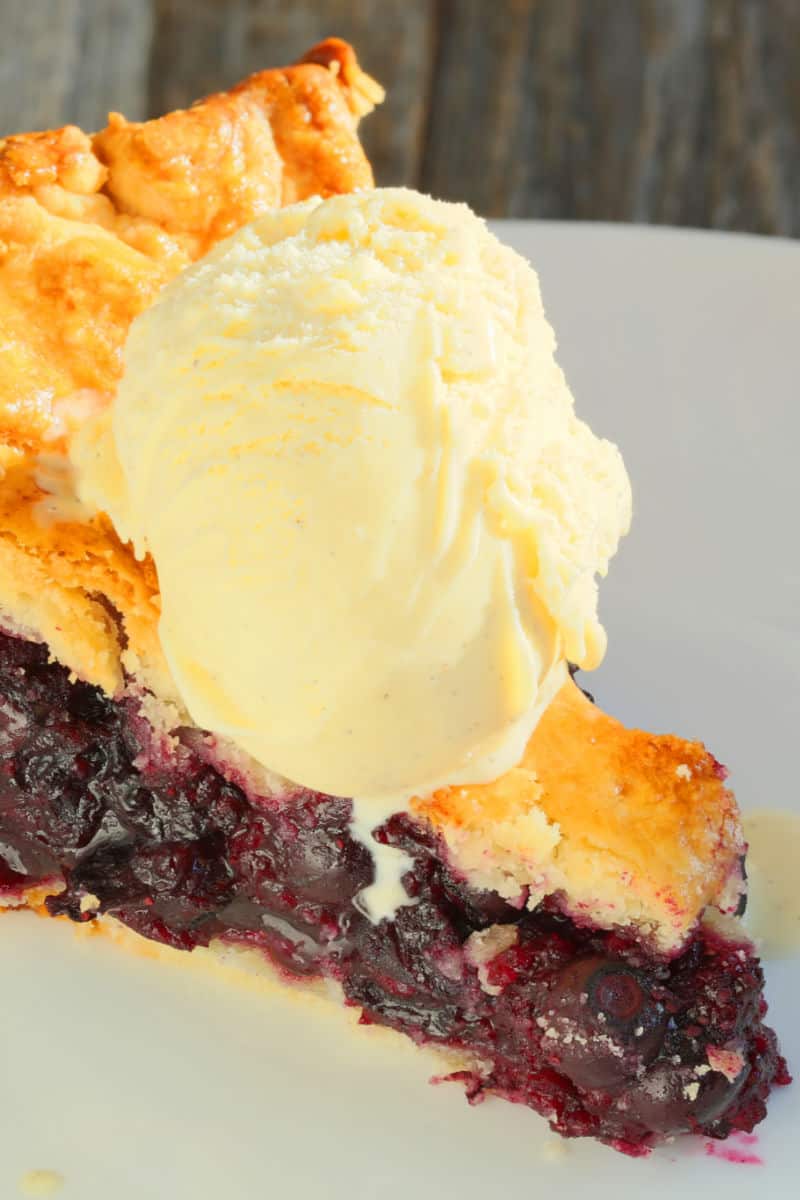 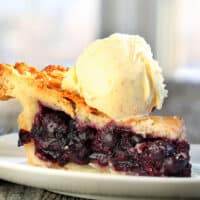 TO STORE: Blueberry pie should be stored in the refrigerator, covered. The pie will keep well for up to 2 weeks. TO FREEZE: Place the pie in a shallow container and store it in the freezer for up to 6 months.