When I’m in the mood for pumpkin, I love pumpkin spice chocolate chip cookies, pumpkin brownies, and this keto pumpkin cheesecake. 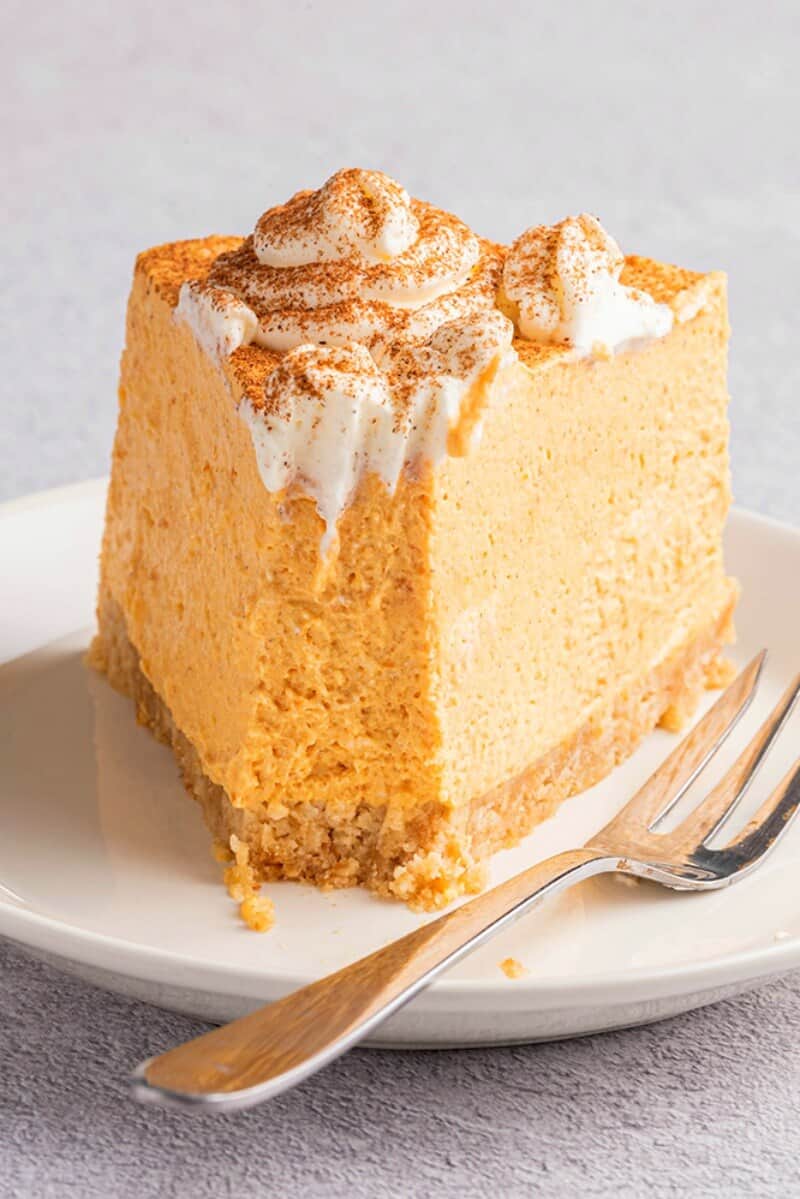 Fall season is around the corner, which means all things pumpkin. While the weather is STILL a little warm, I thought kicking things off with a no bake pumpkin dessert to be perfect to start the season! As someone who loves cheesecake, a pumpkin cheesecake was next on the agenda!

This thick and creamy cheesecake is made with no sugar and super low carb, but you’d never tell. The pumpkin filling is so creamy, so rich, and smooth and can be made with or without a crust.

Don’t let the keto in the title fool you- You won’t tell that this is a low carb pumpkin cheesecake! It tastes like the real deal, so much that my non-keto friends ADORED it. 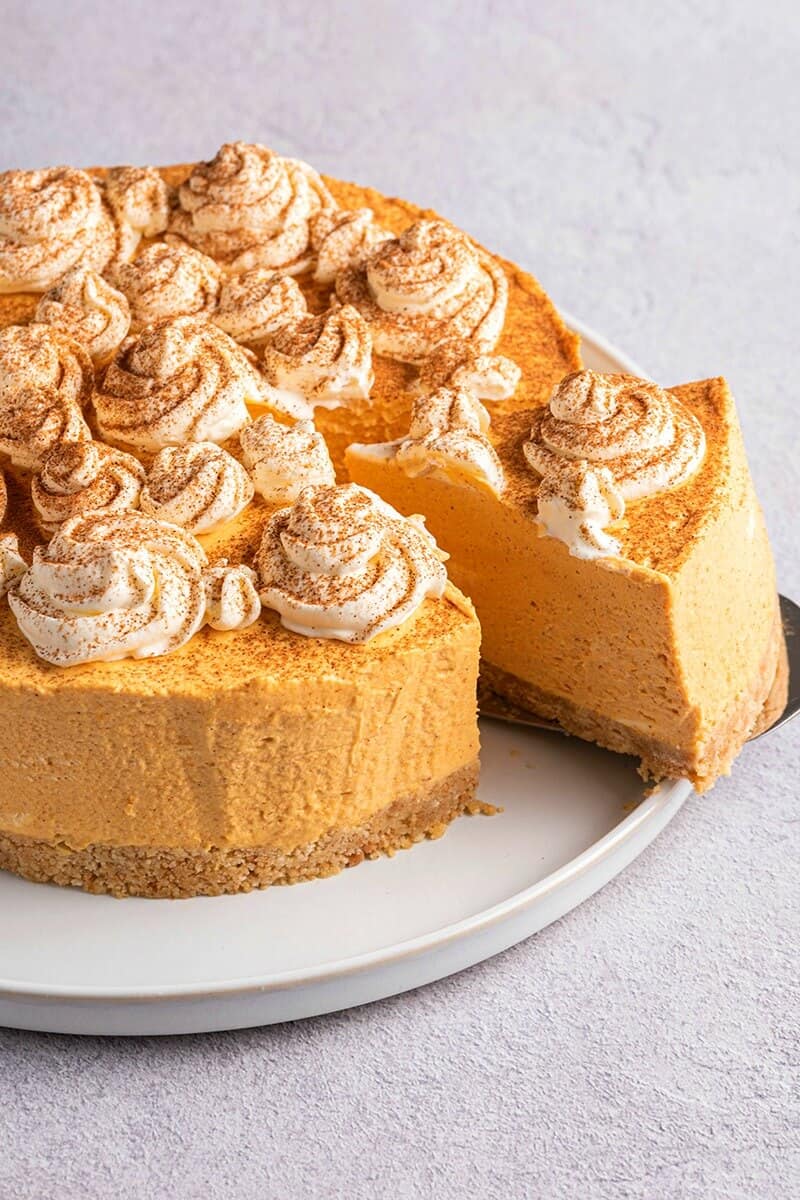 How do you make no bake pumpkin cheesecake

Start by preparing your pie crust or using your favorite crust of choice. In a medium bowl, beat your heavy cream until stiff peaks form. In a separate bowl, beat your cream cheese until fluffy. Slowly add your pumpkin puree until combined. Next, add your powdered sugar slowly, until no clumps remain. Add the spices until combined, before folding in the whipped cream. Transfer the cheesecake mixture into the crust and refrigerate overnight. 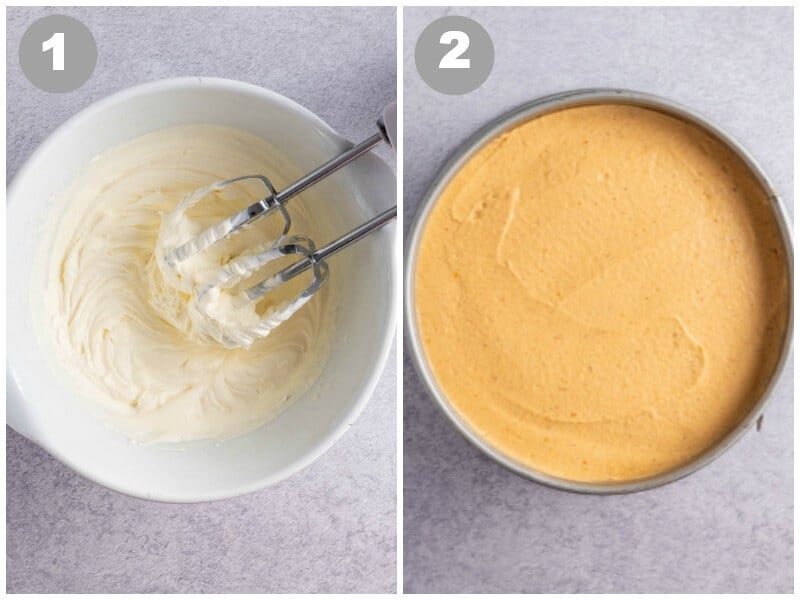 Tips for the perfect cheesecake 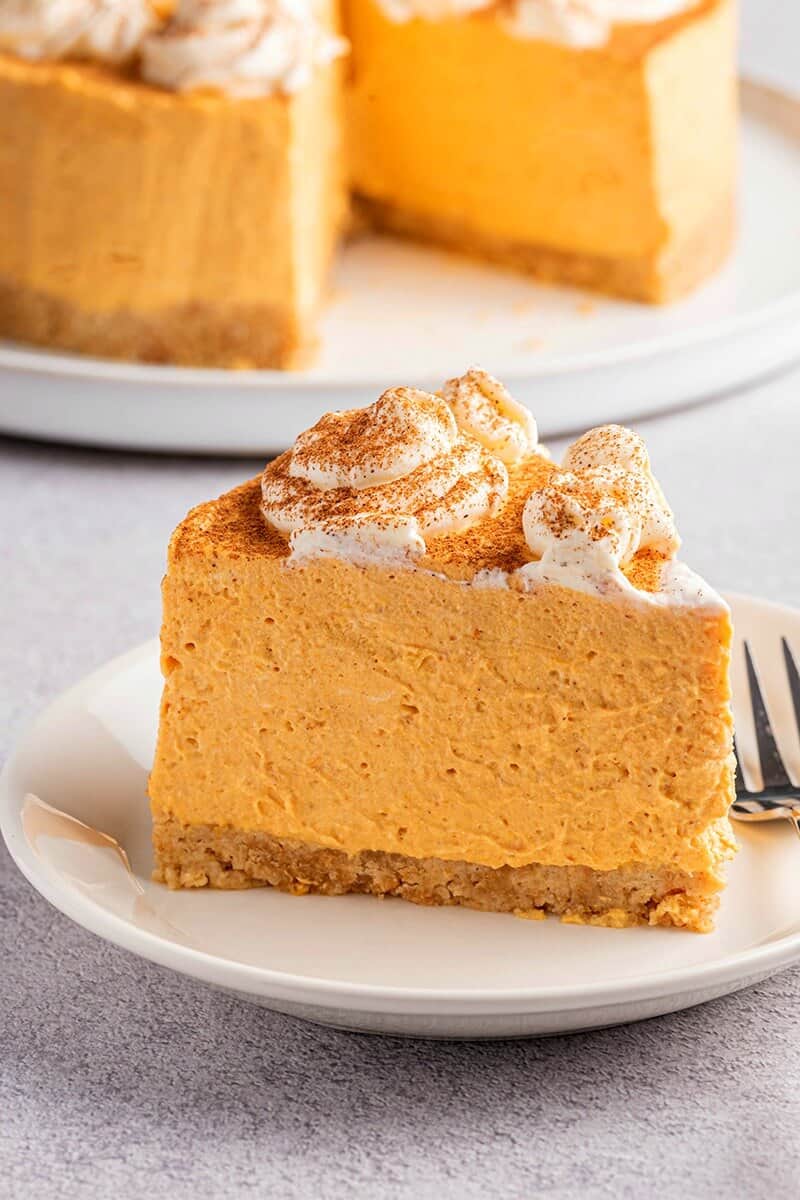 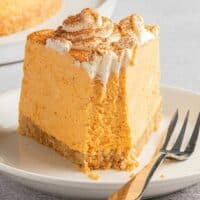 * You can use any pie crust that fits an 8 inch pie pan.  TO STORE: Store the cheesecake loosely covered in the refrigerator. It will keep well for up to 1 week.  TO FREEZE: You can freeze the pumpkin cheesecake either as an entire cheesecake or as single slices. It should be completely covered, so use a large, freezer friendly container. It will freeze well for up to 6 months.

10 thoughts on “No Bake Pumpkin Cheesecake”