Easy, delicious banana bread bites which take less than 5 minutes to whip up and require no baking! Soft and moist like classic banana bread, these no bake bites and naturally vegan, gluten free, dairy free and come with a paleo and high protein option- A delicious snack or treat anytime! 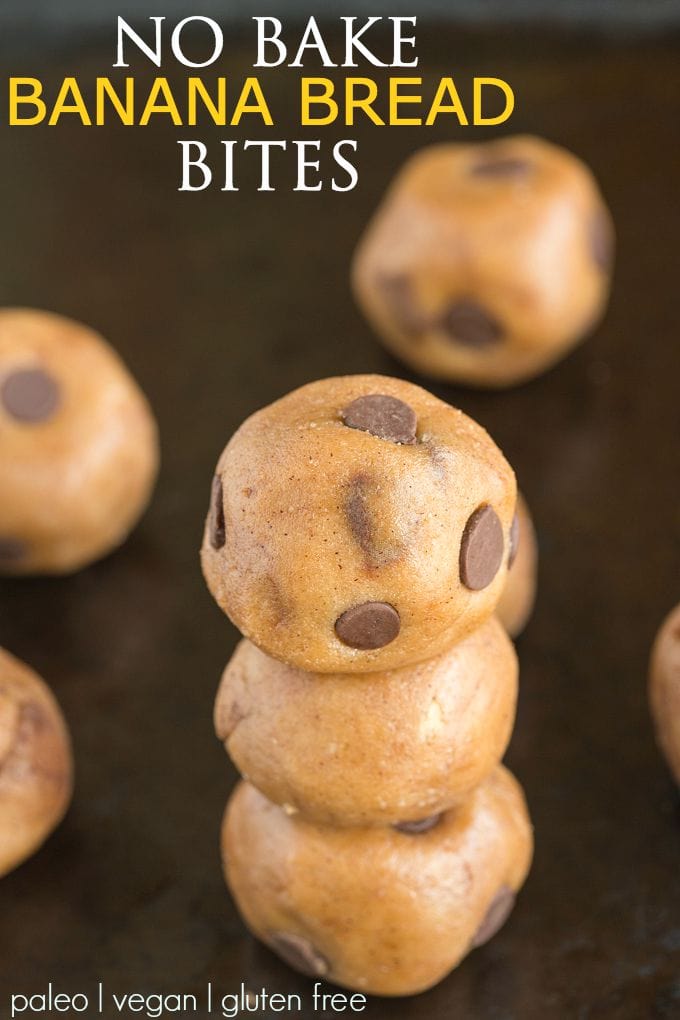 Of course I’d make an assortment of no bake bites/balls/bars and exclude what could be considered everyone’s favourite kind of bread- Banana.

Confession time- These bites were made out of spite after I received a lovely comment from someone by the name of ‘Anonymous’.

Using some very choice words which are just a tad inappropriate for the blog, ‘Anonymous’ pretty much told me to stop posting No Bake recipes. At first, I tried to take their point of view. I have been sharing a tonne of no bake recipes over the past few months. I enjoy making different flavours, I enjoy testing out different flour and liquid combinations and they are easy to make and based on feedback, people enjoy making AND eating them. I then looked through my archives and counted over 40 No bake recipes. 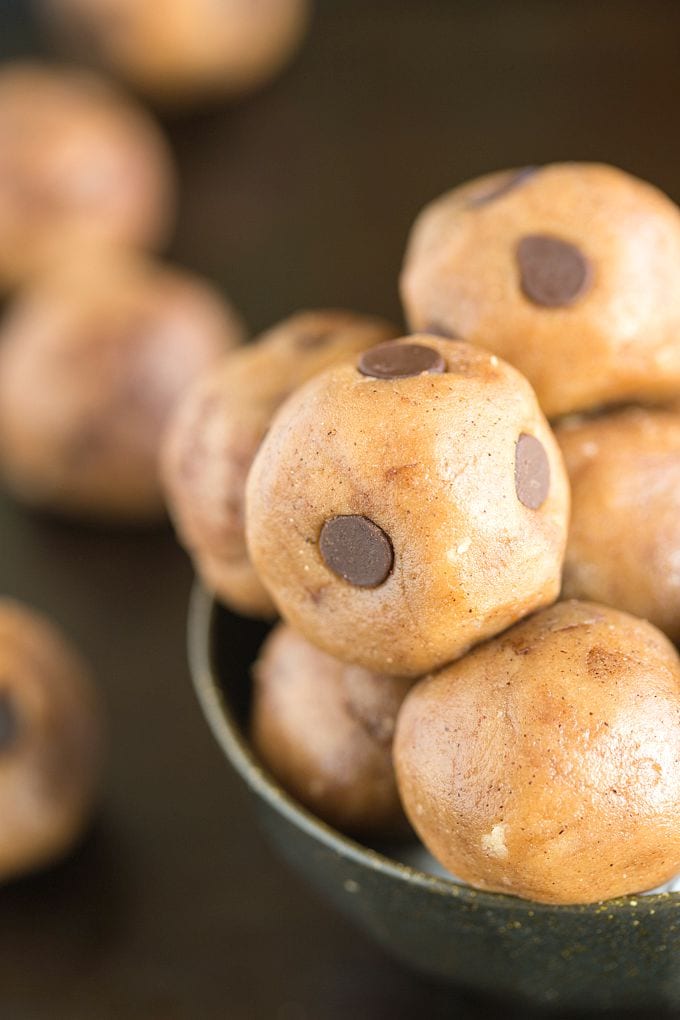 Yikes. That was quite a few.

That night, I did something I hadn’t done in a few weeks- I turned on my oven to make some roasted potatoes to go with some seafood I’d picked up at the store earlier that day. After about 20 minutes, I went to check on the potatoes and then this happened. 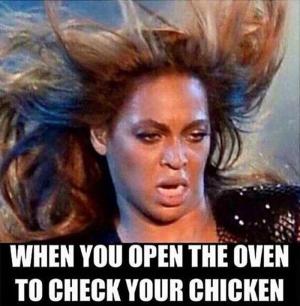 {Sub the word chicken for potatoes}

I then cursed ‘Anonymous’ (even though it was not their fault my face got the sauna treatment) and proceeded to eat my potatoes with my seafood and after that I made banana bread- NO BAKE STYLE YO.

With ‘back to school’ in full swing, my friends at Silk wanted to see what could be created with their new Vanilla and Chocolate cashew milks. I must admit- Had either of these products been available back when I was a school boy in the olden days when my phone was powered by Nokia, I would have been happy with the carton in itself. However, I am now a boy man with an iPhone and no longer in school. Also, the idea of sending a child to school with a large carton of milk sounds downright silly.

(Off topic- The word iPhone had the red line under it until I capitalised the P…….thanks Apple).

Instead, I recalled what my favourite lunch box treat was growing up, and it was my mum’s homemade banana bread. I’ll need to steal her recipe to share with you guys on here because it’s so good. Anyway, I had to make a no bake bite which tasted like her banana bread using BOTH the Silk Milks- Vanilla AND chocolate- This boy clearly plays no favourites. 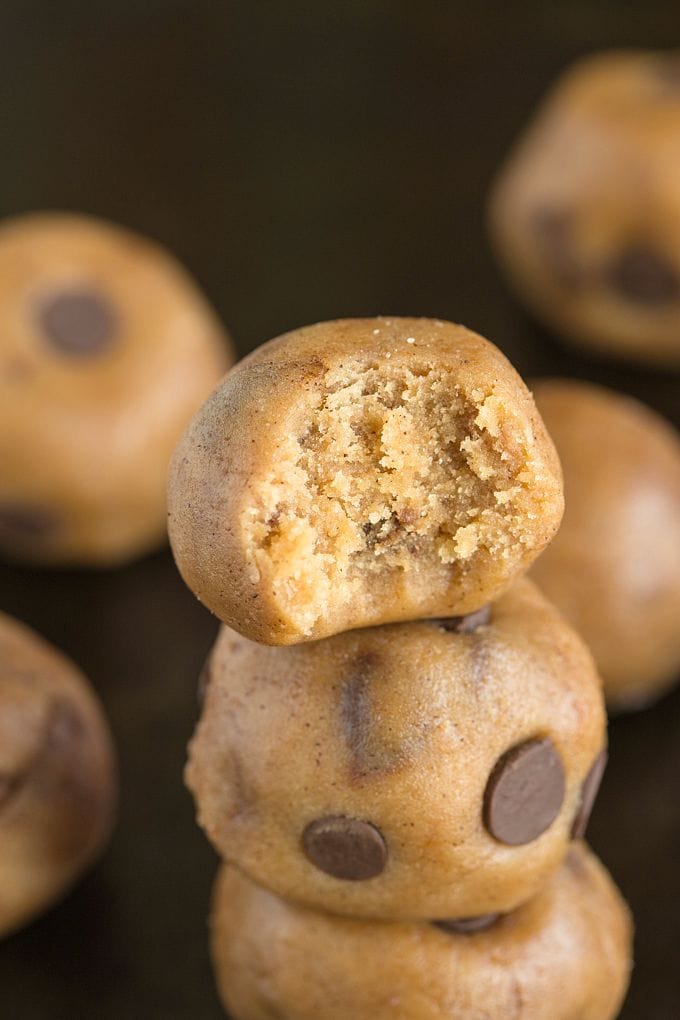 These no bake banana bread bites aren’t like my mum’s homemade loaf, but in terms of taste and texture, they come pretty darn close. As per usual, I based it around my favourite flour- Coconut. While this is key in achieving the doughy like texture, you’ll also need to use a banana which is on the verge of death. This provides a moisture but also means you won’t need as Silk cashew milk to bind them together. They take barely any time to whip up and don’t need to be refrigerated and don’t dissolve in your hands after two seconds.

These no bake banana bread bites are also naturally gluten free, dairy free and vegan. Bonus- To keep it Paleo friendly, use Silk’s unsweetened nut milks! For those wanting an added protein punch, I also tried this with a scoop of protein powder which works and tastes great! As you can see from the pictures, some of them contain chocolate chips. These were the ones which used the Chocolate Cashew milk but for those not a fan of chocolate- Stick to the ones without. 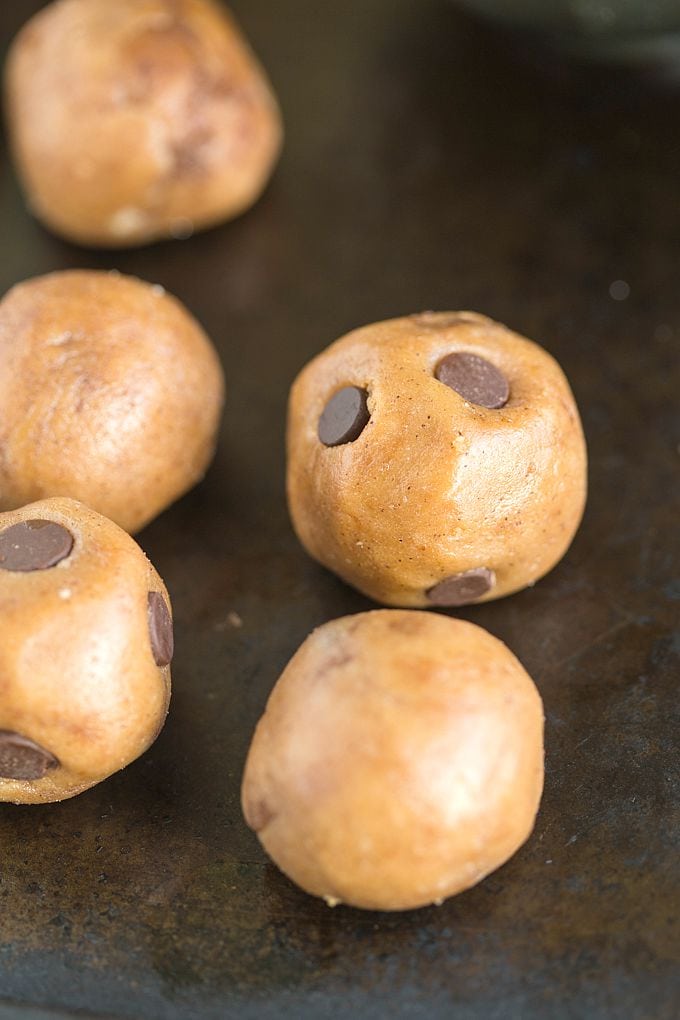 Make these healthy No Bake Banana Bread bites and whether your going back to school, back to work or back to being productive- Know your being fuelled right. 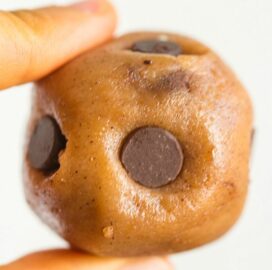 Easy, delicious banana bread bites which take less than 5 minutes to whip up and require no baking! Soft and moist like classic banana bread, these no bake bites and naturally vegan, gluten free, dairy free and come with a paleo and high protein option- A delicious snack or treat anytime!
0 from 0 votes
Print Rate
Author: Arman @ thebigmansworld

For the original version

For the Paleo version

* If your protein powder is sweetened, adjust the granulated sweetener to taste
** I prefer using less granulated sweetener as I find the overripe banana and protein powder provides ample sweetness.
*** Adjust dairy free milk accordingly- Depending on the flour or protein powder combination, you may need more- Especially with coconut flour.
Bites don't need to be refrigerated but taste amazing frozen and slightly thawed. Adapted from Banana Nut Muffin Bites
Tried this recipe?Give us a shout at @thebigmansworld or tag #thebigmansworld!
Want more No Bake Bites which taste like muffins and sweet breads? I’ve got you covered! (You too, Anonymous!) 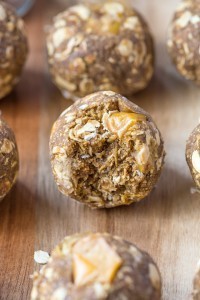 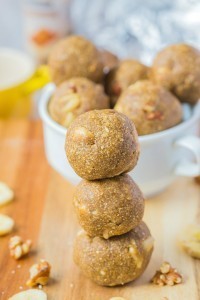 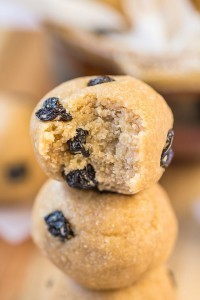 This conversation is sponsored by Silk. The opinions and text are all mine.

Cheers, hugs and handshakes for supporting companies and brands which help in making The Big Man’s World continue to grow.

Northern Hemisphere friends- Have you turned on the oven?

What is your favourite sweet bread?