This sago pudding is thick, rich, and creamy, and needs just 4 ingredients to make! Also known as tapioca pudding, it’s made without eggs or dairy and is easily customizable! 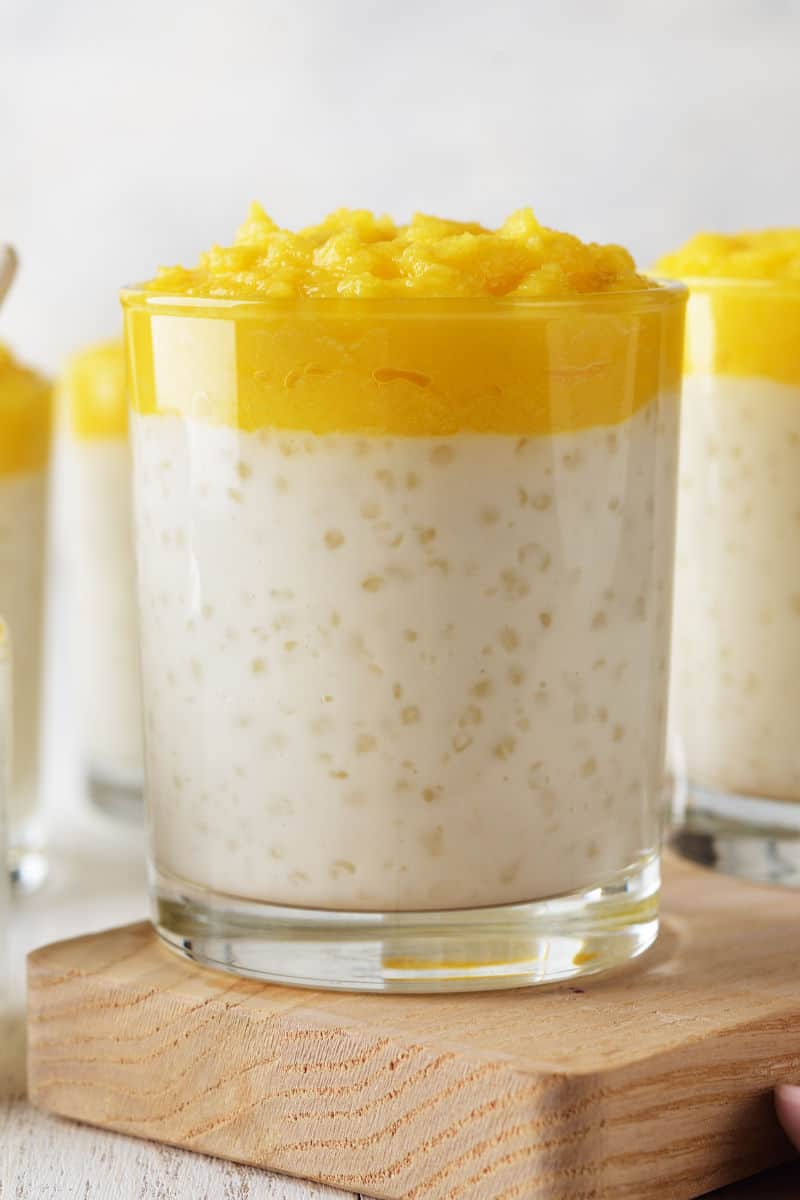 When it comes to no bake vegan desserts, my favorite recipes to make are snickers bars, crunch bars, and this sago pudding.

Coming from a half Malaysian background, my sister and I often grew up eating traditional desserts. There was plenty we weren’t fans of (think anything with red beans or pandan!) but one we would always fight over was the sago pudding!

Sago pudding was something my father would often make for us, especially whenever he visited the Asian supermaket. In those days, tapioca pearls were quite hard to find! These days, they can be found at any supermarket. As such, it became something we ate on a very regular occurance.

Is sago pudding and tapioca pudding the same?

I’ve been meaning to share a sago pudding recipe for quite some time. Coming from a half Malaysian background, it was one of the first desserts I ever made and has been a staple! Now, this pudding may look incredibly fancy but I promise you, it is so easy to make and needs just 4 ingredients!

Unlike traditional tapioca or sago puddings, this has no dairy and no eggs are needed, but you’d never tell. The texture of the pudding is thick, creamy, and slightly gooey. It’s sweet and customizable to a plethora of toppings, flavors, or enjoyed on its own!

I had some Malaysian friends over for dinner the other night and served them this for dessert and they could NOT believe it had no dairy in it- It tasted like our childhood classic!

How do you make a sago pudding?

Start by adding the tapioca pearls and coconut milk into a bowl and let it sit for 30 minutes, for the pearls to soak up the liquid. After 30 minutes, transfer into a small saucepan, along with the sweetener, and place over medium heat. Once it begins to simmer, reduce to low heat and stir it gently for 15 minutes until it has thickened. Remove the mixture from the heat and whisk in the vanilla extract.

Now, transfer the mixture into eight small glasses and place them in the refrigerator for at least 4 hours, to thicken even further. Before serving, blend up your mango and spread it over the top. 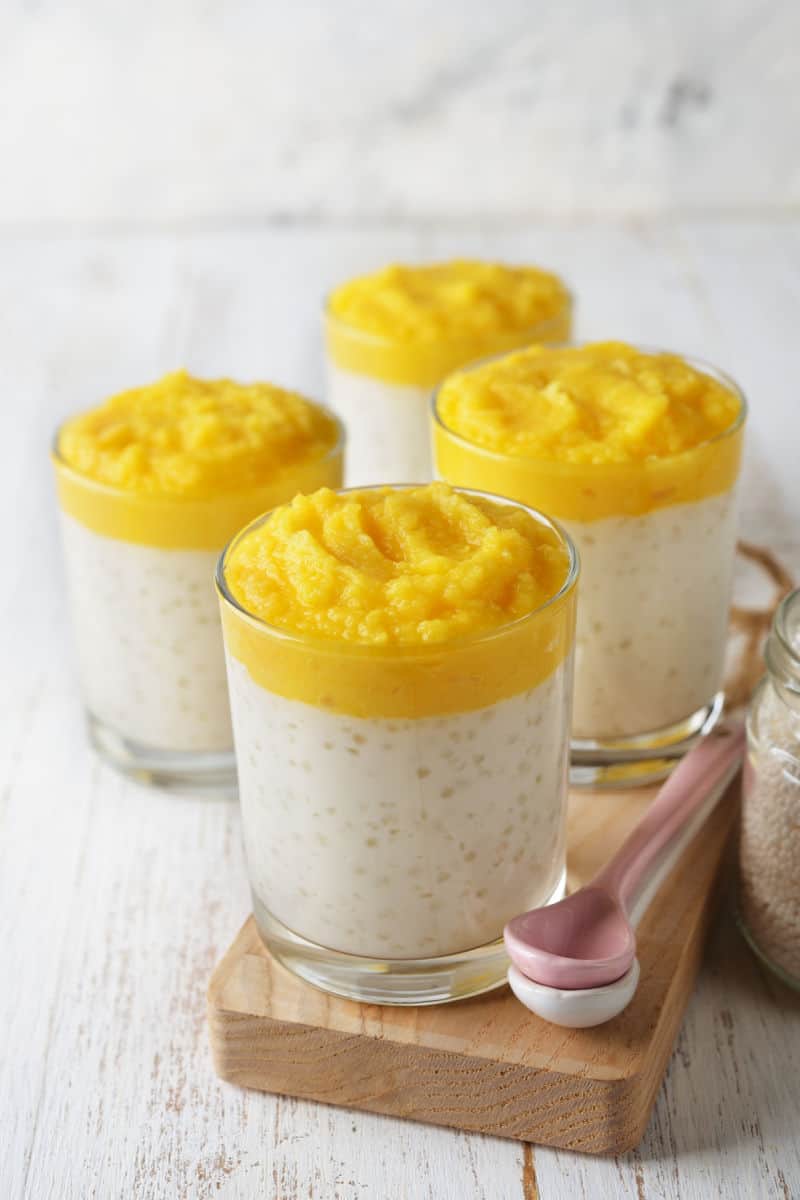 While this pudding tastes delicious on its own, here are some other flavor ideas for some variety! 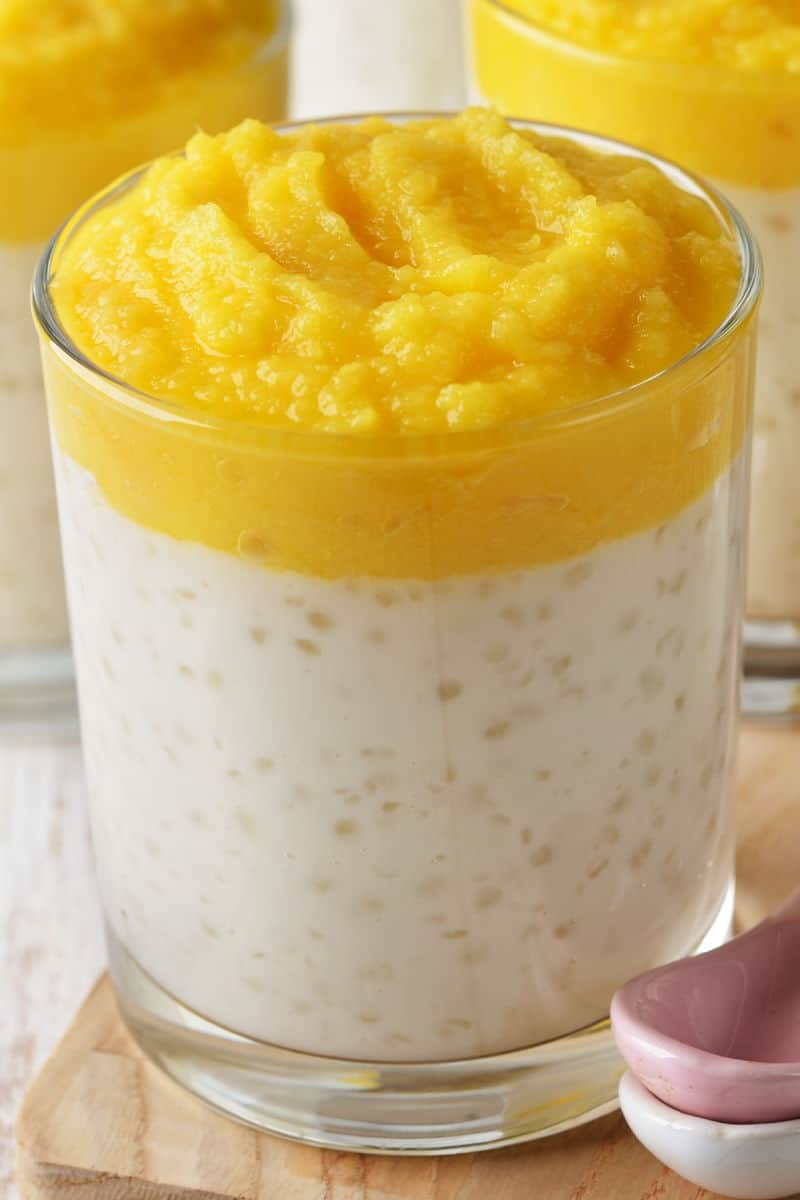 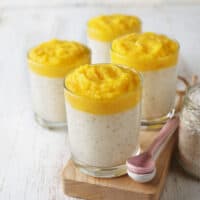 TO STORE: The pudding should always be stored in the refrigerator, covered. It will keep well for up to 2 weeks.  TO FREEZE: Cover the puddings and place them in the freezer for up to 2 months.

One thought on “Sago Pudding”