A recipe for thick and fluffy keto blueberry pancakes made with coconut flour and almond flour! These pillow-like keto pancakes come with a flourless, eggless and dairy free option- Perfect for those on a low carb, vegan, paleo, and sugar-free diet!

With pancakes that look like edible pillows, I dare you to find a better healthy pancake recipe out there! You’ll also love these keto meal prep breakfast recipes and 42 keto breakfasts which aren’t eggs! 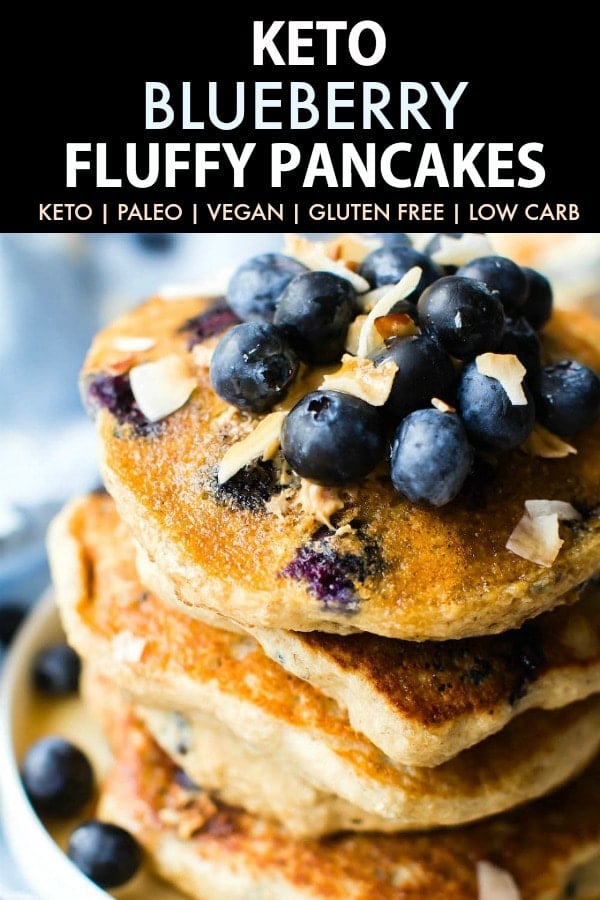 I’ve always been an advocate of making paleo low carb pancakes with coconut flour. It not only significantly reduces the carbs and ups the fiber count (which means I personally go CRAZY on the toppings), it also provides a lovely cakey texture.

However, based on reader feedback, it’s often been hit and miss when it comes to producing the perfect paleo pancake. I eventually started dabbling in sharing only flourless pancakes, but that often left my ketogenic and paleo friends missing out on the action.

As such, I perfected my keto and paleo pancake recipes, and now make them with coconut flour AND almond flour. The combination of these two flours produces slightly less thickness, but absolutely fool-proof pancakes! 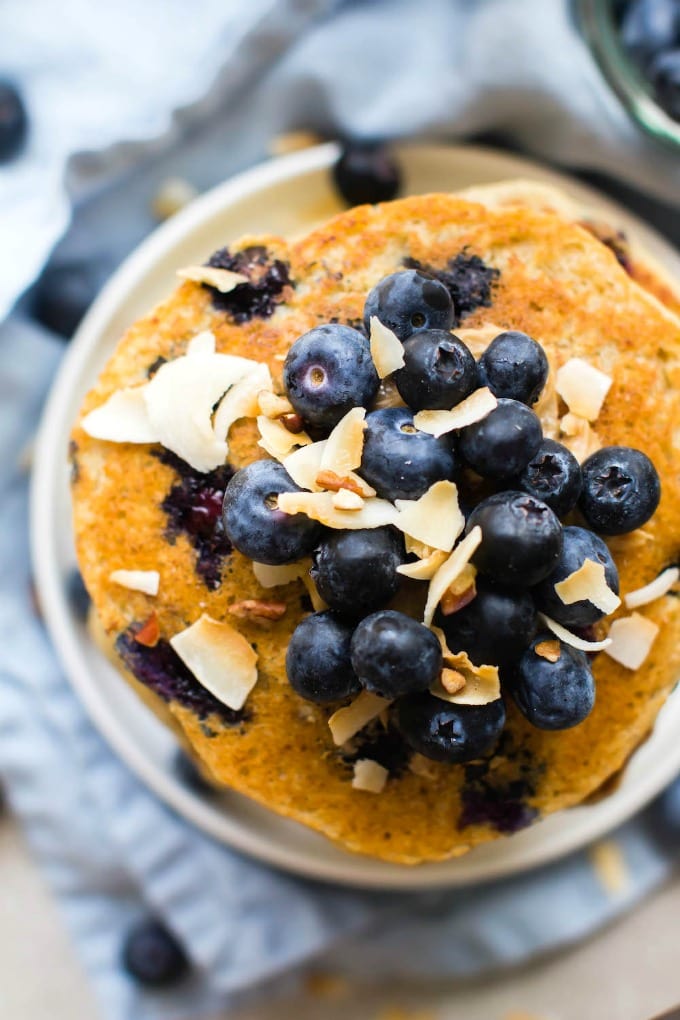 Can I eat fruit on a keto diet?

It’s often assumed that fruit cannot be eaten on a ketogenic diet. Contrary to popular belief, low sugar fruits CAN be enjoyed on a keto diet.

These low carb blueberry pancakes are the perfect example. On their own (and eaten in a very large quantity), you could argue that blueberries are a primary carb source. However, when used as part of a very low carb recipe, it barely makes a dent!

Are fruits low in carbs?

Depending on which fruits you choose, they can be considered relatively low carb. Most berries, like blueberries and strawberries, are one of the lowest carb fruits. 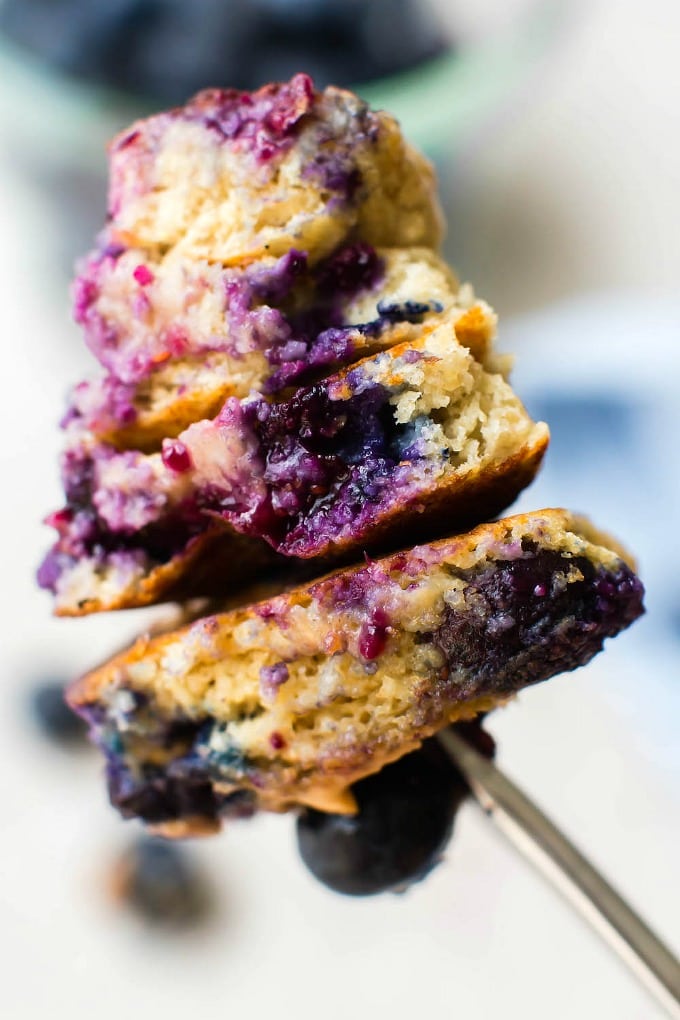 Is coconut flour good for a low carb and keto?

Again, hearing the word flour often conjures up thoughts of high carb recipes. Coconut flour is PERFECT for a ketogenic diet, as it is a high fiber, low carb baking ingredient.

The nutritional and calorie content for two tablespoons of coconut flour is 60 calories, with a mere 2 grams of net carbs!

Is almond flour good for a low carb and keto diet?

Like coconut flour, almond flour is fantastic for a low carb keto diet. It’s a higher fat, high protein grain-free flour, made of ground almonds. It can often be referred to as almond meal. It has a very nutty, light texture.

The nutritional and caloric content for two tablespoons of almond flour is 75 calories, with a mere 1 gram in net carbs!

As mentioned earlier, the combination of almond flour, coconut flour, and eggs produce the most perfect keto paleo blueberry pancakes, you’d be surprised that they were actually low carb!

For egg-free and flourless pancakes

Please read the recipe card carefully for the flourless egg-free version. This is perfect for those following a vegan and egg-free diet. You have the option to use rolled oats or quinoa flakes. If you use the latter, add an extra tablespoon to the batter. 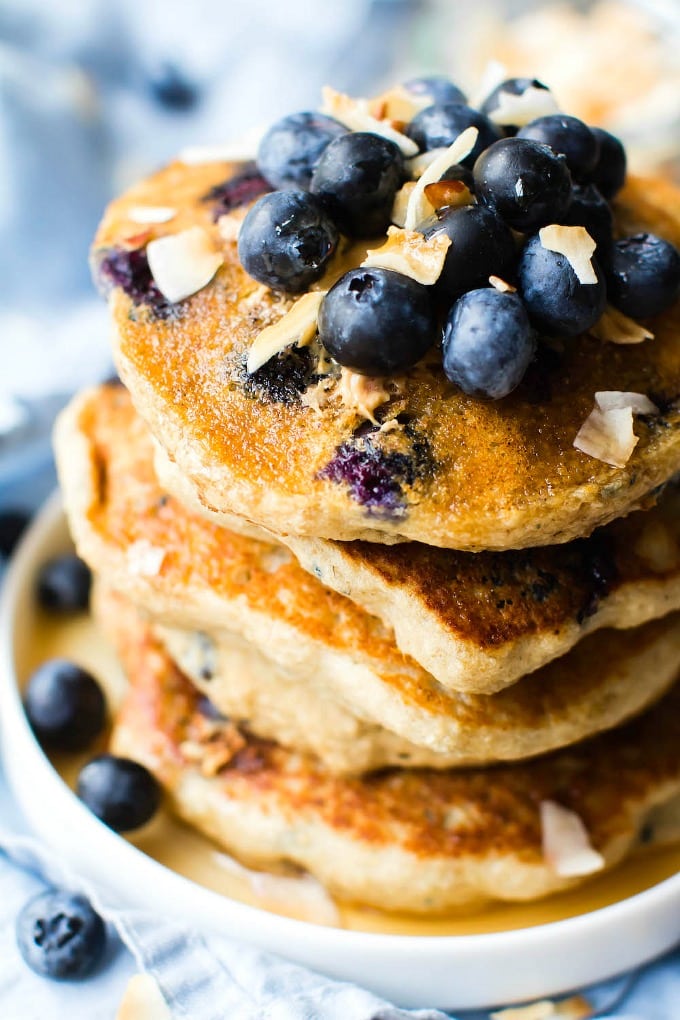 Tips and Tricks for Ultra Thick and Fluffy Blueberry Pancakes- 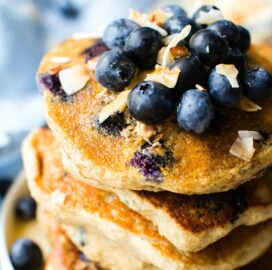