“YES. I told you that after my first trip to America. The airport was like a hypnotic scent of dancing cinnamon sticks.”

“I don’t understand that.”

“Really? You know, I used to make them all the time when I lived in England. Cream cheese frosting and all”

You guys, I cannot believe I spent over 20 years of my life without homemade cinnamon rolls. 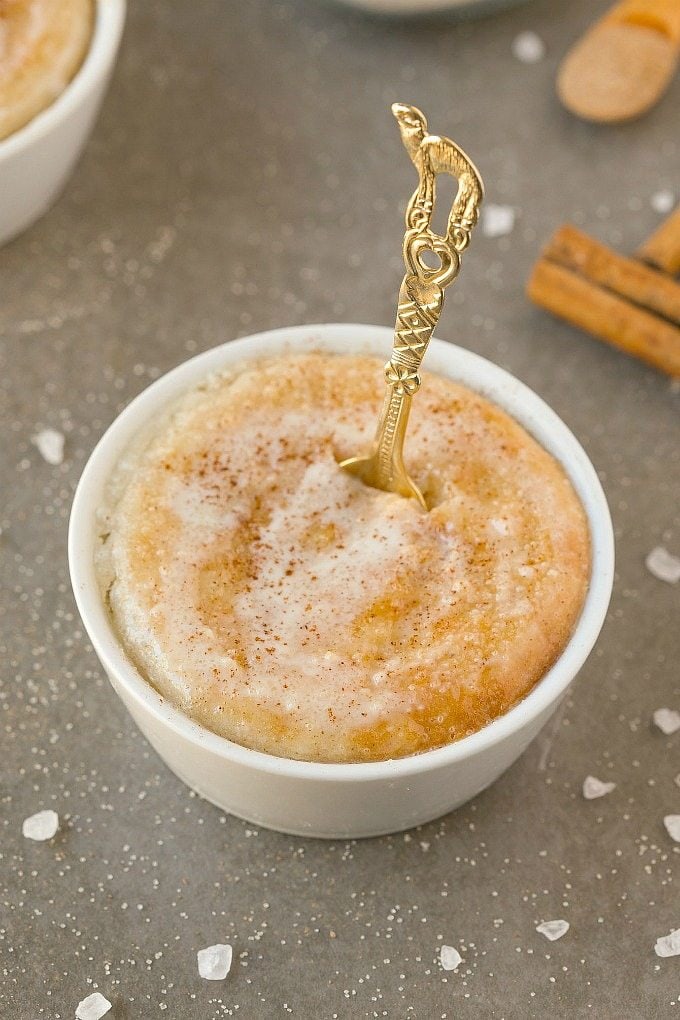 While my mum made her fair share of sweet recipes (remember when I healthified her blueberry breakfast cake?), they were usually banana muffins, Persian style tea cakes, slabs of halva and of course, baklava.

“But Niki never liked cinnamon. She said it was spicy!”

Since when was Niki queen of the Nile? I would have made excess cinnamon rolls just to spite her!

Unfortunately, my mum loves both her children, so took my sisters’ taste buds into consideration. Looking back, I think she probably did me a favor. I can only imagine what further similarities to an elephant I would have, should I have consumed them on the regular back then.

After our discussion, my mum promised to make a batch of them and you bet I’m holding her to it. In fact, it’s written here so it’s proof. The next What I Ate Wednesday, you’ll (hopefully) see a cinnamon roll on my plates.

I’m greedy, and I have no qualms about it.

As much as I’d like to whip up my own cinnamon rolls, laziness prevails and I’d often buy my own (hello, Cinnabon) or whip up a single serving version.

Now that I’ve started hitting up the gym again (aka lying on the bench press and scrolling Instagram), I’ve come to fall back into some nutritional habits, like eating something with some protein post workout. I never drink shakes (I’m not ‘bro’ enough), but something edible? You bet.

While the vanilla mug cake and chocolate mug cake are two delicious options, something we want to be a little bit fancy. A few simple tweaks and voila- A mock cinnamon roll, minus the nasties!

Let’s jump into the recipe, hey! 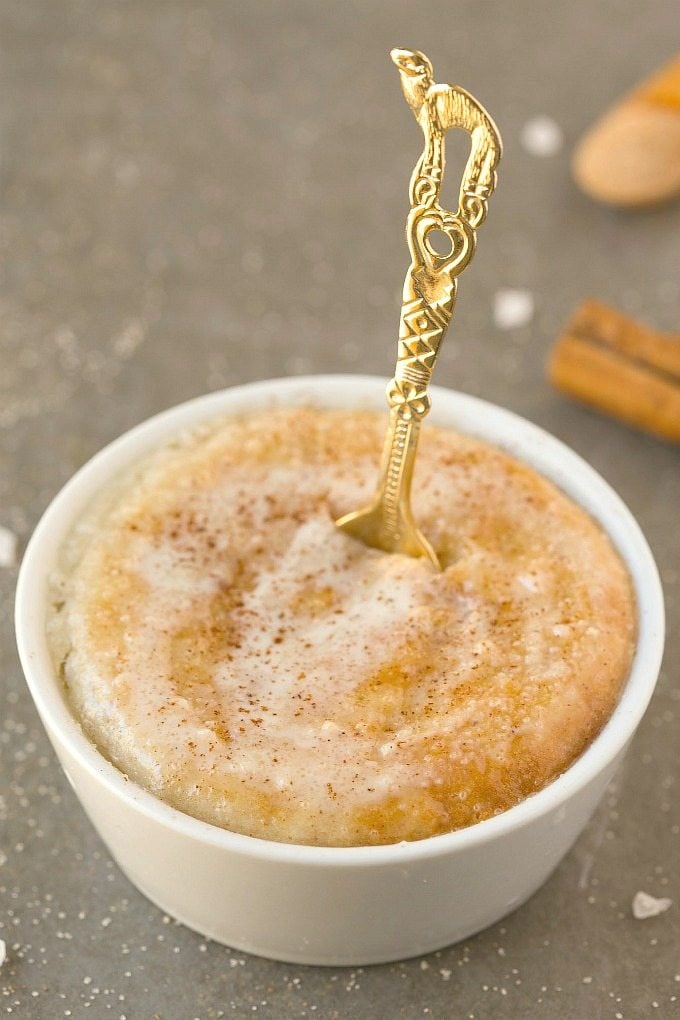 This quick and easy low carb cinnamon roll mug cake is light, fluffy, and slightly moist on the inside! It’s loaded with protein and fiber, making it the perfect low carb snack or healthy dessert to satisfy the sweet tooth. It also takes less than a minute to whip up! It has the taste and texture of a classic cinnamon roll (a big factor is this Saigon cinnamon– It’s a game changer!) minus the usual suspects- There is NO butter, oil, grains or sugar in the entire recipe, but you’d never be able to tell!

Depending on which protein powder option you choose, this recipe is naturally gluten-free, ketogenic, paleo, vegan, dairy free and completely sugar free! Oh, and those without a microwave, there’s a tested oven option!

When it comes to protein, not all powders are created equal. After trying out many brands and blends in the past few years, I’ve narrowed down my favorites. I have a select few I always stick to because I know they will always yield fantastic results- No hockey pucks or gummy products.

Don’t want to use protein powder? This classic vanilla mug cake is still low carb and omits it completely!

HACK! No cinnamon roll is complete without one thing- A frosting! Traditional frostings would usually involve cream cheese, heavy cream, sugar or a combination of all.

However, we’ll be using a sneaky trick here- Coconut butter thinned out with liquid and drizzled over. 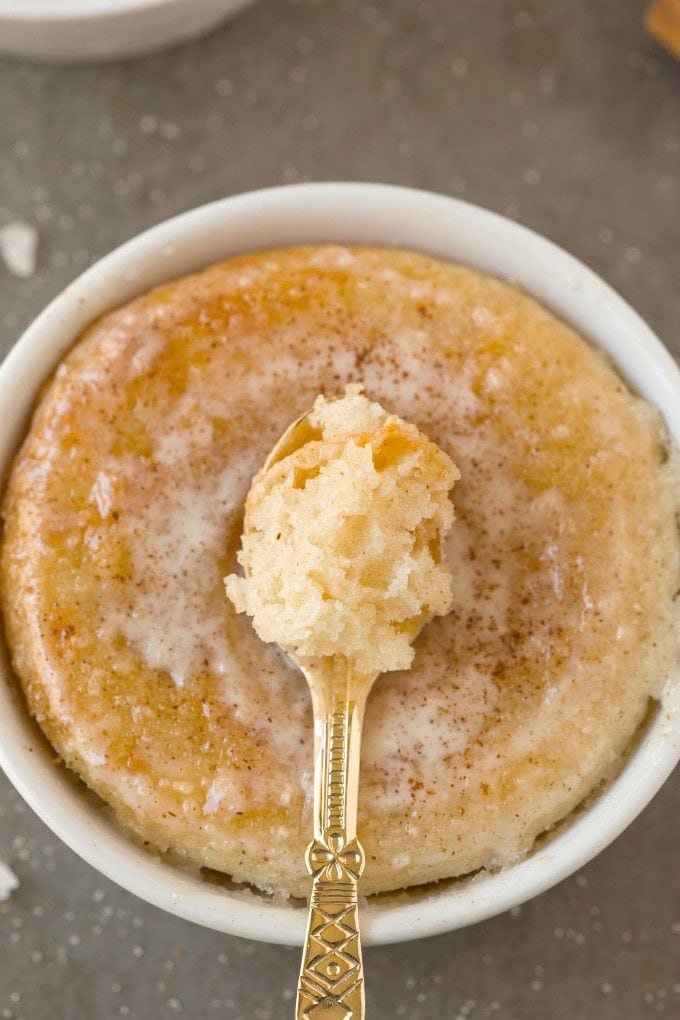 Make this healthy 1 minute Low Carb Cinnamon Roll Mug Cake and you guys are all invited over next week..

For mum’s cinnamon rolls. Are you reading this, mum? It’s motivation to get busy in the kitchen.

Watch the recipe video below! 1 minute.

For the microwave option

For the oven option

* Adjust according to taste- If protein powder is sweetened, feel free to omit completely.
For the vegan option, you won't need any flax eggs/egg substitute- Simply omit and slowly add milk of choice until a thick batter is formed. Microwave/bake until 'just' cooked in the center.