Fluffy on the inside, crispy on the outside, these healthy cinnamon roll waffles are the ultimate guilt-free breakfast! Packed with protein, secretly low carb and grain-free, these eggless keto waffles are amazing! Drizzled with a simple glaze, they take minutes to prep! 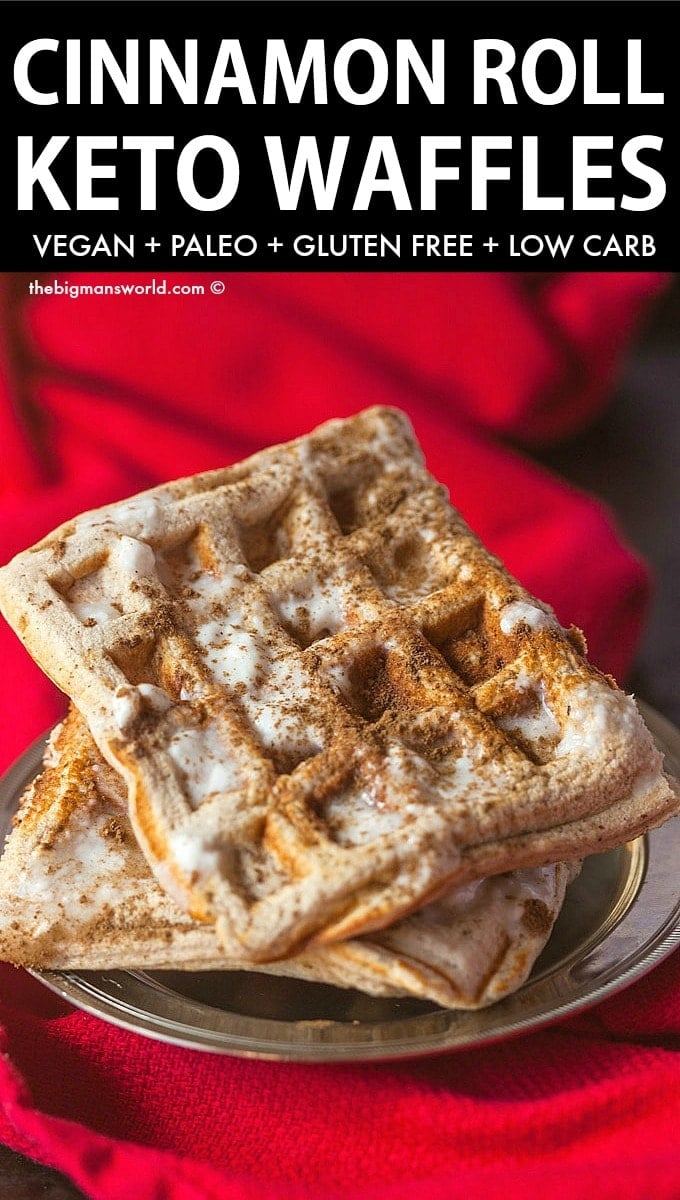 Go plug in your waffle maker right this second. A wholesome, healthy and protein-packed breakfast that tastes like dessert will happen!

I always thought I was a die-hard pancake fan until I made my very first waffle. All I needed to do was heat up my waffle iron, prepare the waffle mixture and voila- two minutes later I’d have delicious waffles on my plate!

Made with healthy, wholesome ingredients, these crispy and fluffy waffles are the best breakfast. They use low carb and grain-free flours, perfect for a keto and paleo diet. They also have an added punch of protein, thanks to the protein powder. For my vegan and eggless friends, I’ve included a tested option so you don’t miss out!

Waffles tend to be associated with a weekend kind of breakfast, but here’s the catch- These waffles freeze beautifully and can be individually frozen for a quick grab and go breakfasts during the week!

How to make cinnamon roll waffles from scratch

Making these fluffy and crispy cinnamon roll waffles is ridiculously simple- You simply prepare the ingredients, let it sit for 5 minutes, before cooking it up in the waffle maker! 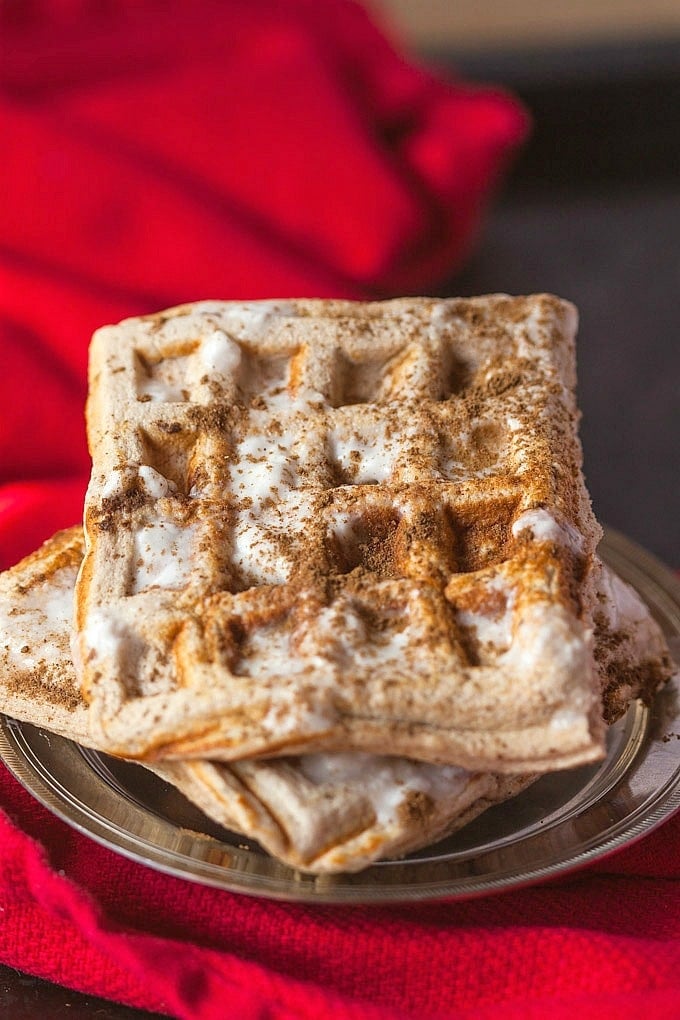 Easily make these waffles vegan-friendly! Instead of the coconut flour and eggs, here are the main swaps

Full instructions and ingredients in the recipe card!

How to freeze waffles

Waffles can be enjoyed as part of a breakfast meal prep! Make a double or triple batch on the weekends or during your meal prep and freeze them.

Allow waffles to cool completely. Once cool, place single servings in a ziplock bag and place in the freezer to enjoy later.

Frozen waffles will keep fresh for up to 2 months.

To reheat waffles in the oven/toaster oven

To reheat waffles in the microwave 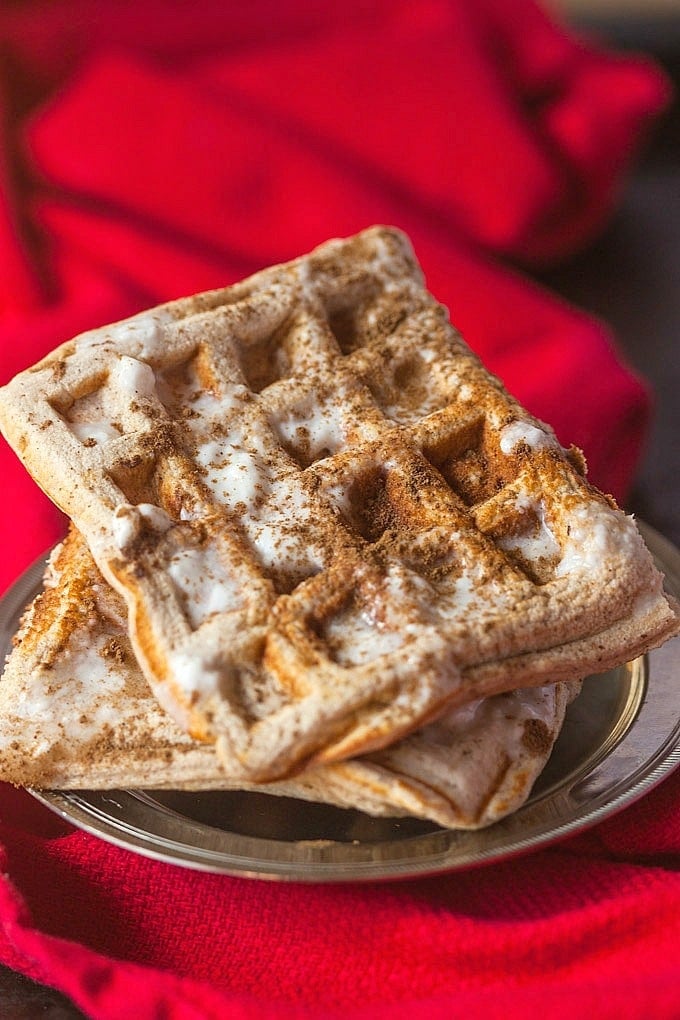 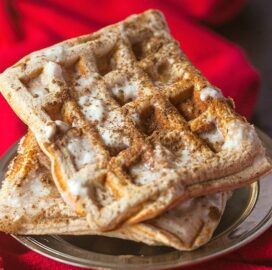 Waffles can be frozen to be enjoyed later. See the post for freezing tips and tricks.