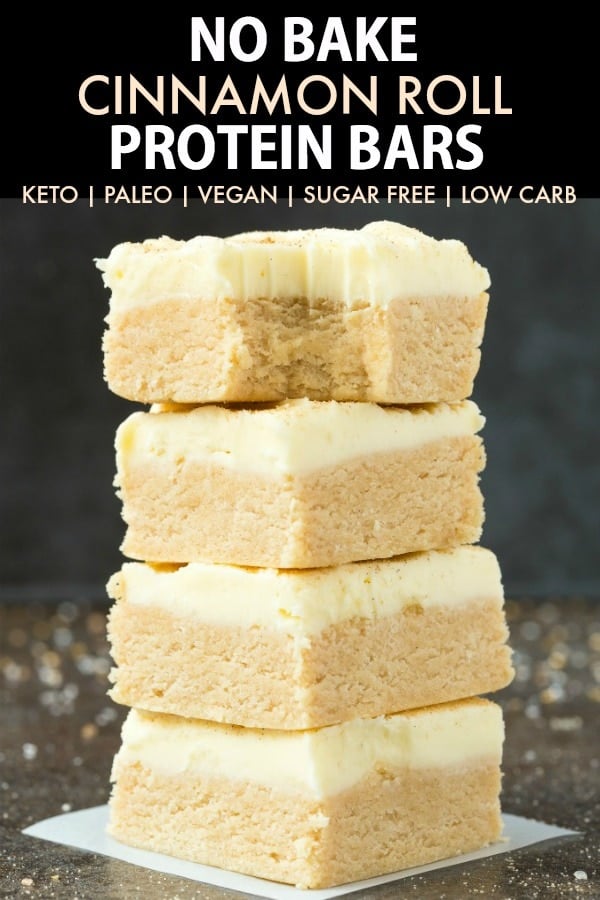 There’s something about a cinnamon roll that gets me every time, and it HAS to be the thick layer of frosting.

These healthy cinnamon roll protein bars tick all the boxes. A thick and chewy base topped with a fool-proof smooth and creamy protein-rich cream cheese frosting.

Made with wholesome healthy ingredients, you won’t believe these no bake cinnamon bars are completely paleo and vegan. Not only that, because of the ingredients used, it is naturally low carb, sugar-free, keto-friendly and dairy free.

Bonus? These protein packed snack bars are made without any protein powder!

Don’t let all the diet labels attached to it fool you though- It tastes anything but, and frankly, could be even an acceptable breakfast! 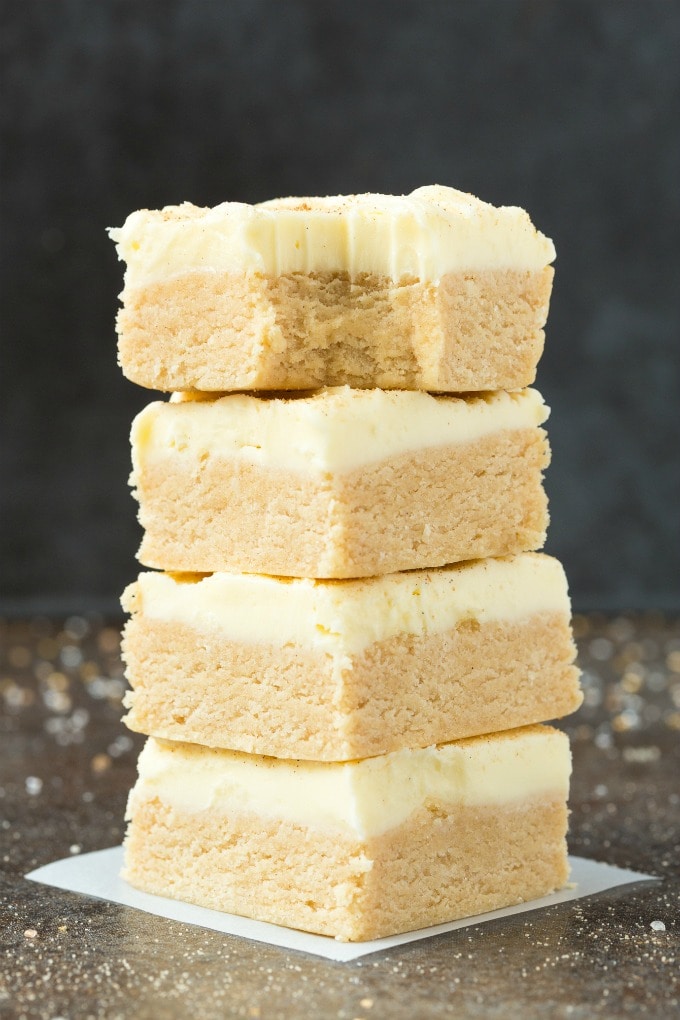 Coconut flour also provides the delicious cake-like texture, which works perfectly when paired with the nut/seed butter and sticky sweetener.

If you cannot tolerate coconut products, you can substitute it for almond meal or almond flour. However, please be wary that you’ll need to double the amount required, purely because coconut flour absorbs liquids differently to almond flour.

Although any nut or seed butter can technically be used, I opted to use cashew butter, as it is mild tasting and really lets the cinnamon flavor shine through. Almond butter would also be a fantastic option.

If you can tolerate peanuts, smooth peanut butter will be fine, but the flavor is very overpowering. It also isn’t suitable for my paleo friends. 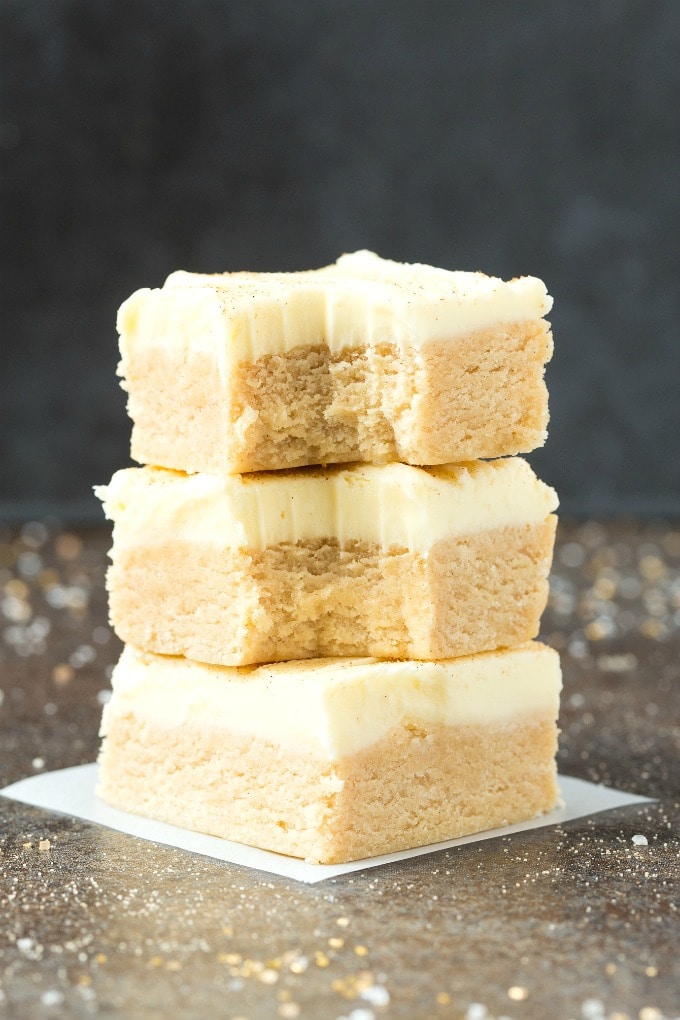 Both a sticky sweetener and granulated/liquid sweetener needs to be used to make these healthy no bake bars.

For the liquid sweetener, I use a monk fruit sweetened maple syrup, as it is keto-approved, low carb and is sugar free.

Paleo and vegan readers, you can use pure maple syrup, which is refined sugar free.

Granulated monk fruit sweetener is suitable for all diets, and is keto, paleo, and vegan-friendly. If you don’t possess any dietary restrictions, any granulated sweetener of choice will work.

Alternatively, you can use a few drops of liquid stevia. Different brands yield different servings, so adjust accordingly. I love using this vanilla stevia and find 10-15 drops to be perfectly sufficient.

The market is full of many diet-friendly cream cheese options, suitable for keto and vegan readers alike. Using a store-bought cream cheese would be the easiest and quickest choice for these no bake bars.

Any full-fat cream cheese is keto-friendly. Do not use a reduced fat or fat-free version, as the lack of fat is compensated for with extra carbs, which will no longer keep someone in ketosis.

Vegan friends, any dairy free spreadable cream cheese will work. Be wary NOT to use a flavored one, and ensure it is plain. 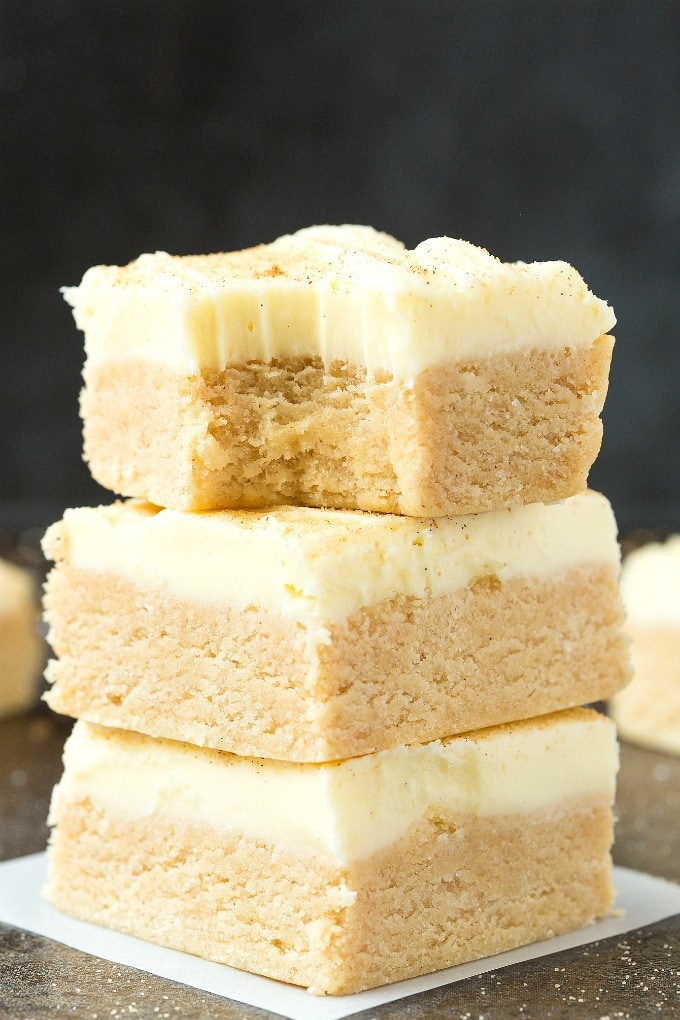 A protein-packed breakfast, wholesome snack or a little cinnamon-spiked dessert to satisfy the sweet tooth- This healthy no bake keto cinnamon Roll bars recipe are your quick and easy answer! 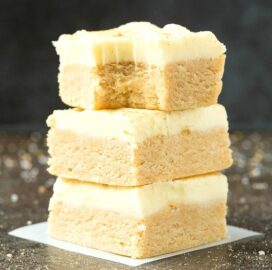 © thebigmansworld.com ® All content, recipes, and images are legally protected by copywrite. Please do not use my images or recipes without permission. Please contact Arman if you need further clarification.