The most delicious “healthy” fudge you’ll ever have based off cashew and coconut flavours- Paleo, vegan, dairy free and gluten free options, it’s the perfect snack or after dinner treat with an optional protein boost! No baking required!

I should rename this post to ‘How to potentially convert colleagues into enemies’ or something along those lines.

I am grateful to have friends, family and colleagues whom are willing to be taste testers on many of my recipes. Scrap that- All my recipes. I know how all of us have different tastes and my level of sweetness may be too much for others, and visa versa. That is why I always ensure at least 3-4 other people try my recipes before I post it because quality control is important…except for pancakes. I make the judgement call for those.

When I brought this Paleo friendly Cashew Coconut Protein Fudge to work, this is the interaction between myself and a colleague.

Colleague- “Wow, you made my favourite- Iced lemon slice!”

So come 10.30 am when half my office would do a coffee or pastry run, my colleague and I went into the break room and while I poured my third cup of coffee, she dug into the fridge and had a piece of this protein fudge. The protein fudge which she thought as an iced lemon slice. 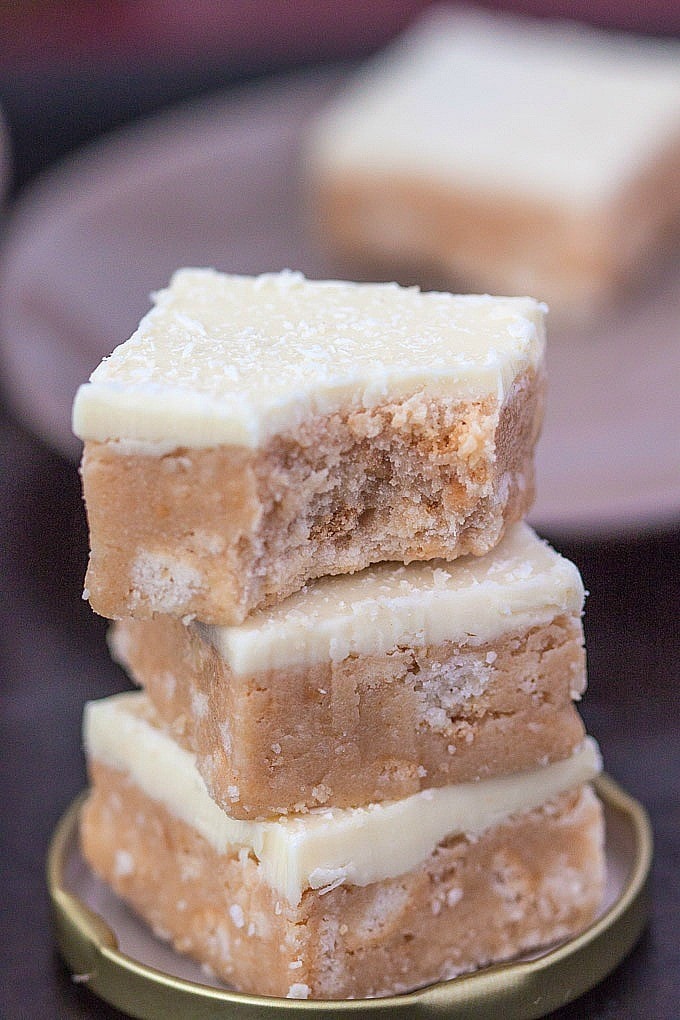 Colleague- “Um. Arman, Did you forget the lemon by any chance and add coconut instead? Iced lemon slice is made of oats and biscuits in the base and the icing tastes like lemon. This looks like a lemon slice but tastes nothing like one.”

Colleague- “I also have a cashew stuck in my tooth. Lemon slices are nut free. YOU BASTARDISED MY FAVOURITE DESSERT!”

Friends, maybe choose who you try to fool recipes with. I ended up buying a store bought iced lemon slice for her to make up for it later that day. It also contained almonds in the base and she was not happy. Again.

Like I mentioned yesterday, paleo, high protein and vegan recipes were some of my most popular requests for 2015. For some it may be easier to stick to true and tested ways but I do enjoy the challenge- Especially with some fun experiments coming up very soon. I first tried this recipe out completely Paleo before trying out a vegan option which wasn’t difficult at all- It just involved using a different protein powder and a different twist on the icing!

When I was in America, I picked up a paleo friendly protein powder purely to see how it would work with recipes. I’ve come to a few conclusions as you’ll see in the recipe below. 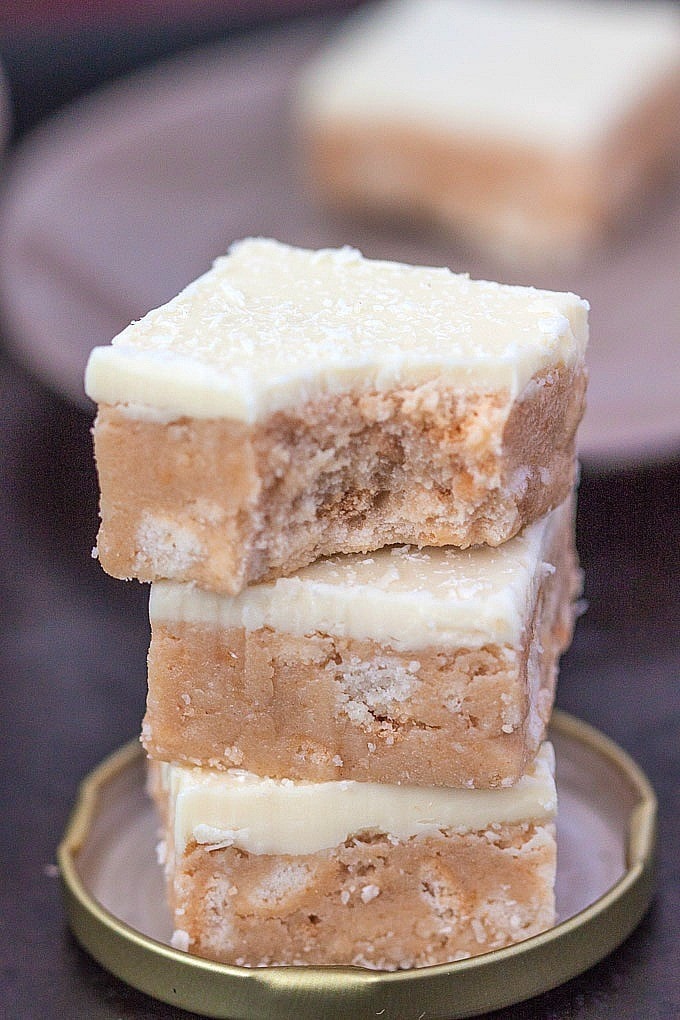 Inspired and similar to my favourite No Bake Cashew Coconut Protein bars, this Paleo No Bake Coconut Cashew Protein fudge looks impressive but really- It’s quick and easy to whip up. The base is made from just four key ingredients (five if you include a sweetener)- Coconut flour, chopped cashews, protein powder and a liquid of choice (I used cartoned coconut milk). The frosting is so easy too- A vanilla frosting made with just coconut oil, honey and vanilla essence based off this recipe.

For the Vegan version, I opted for a vanilla brown rice protein powder and instead of the paleo friendly frosting, I simply combined vanilla protein powder with almond milk and added it very slowly until a thick frosting formed- Spread. Done.

Also. Be mindful of which colleagues you trick. 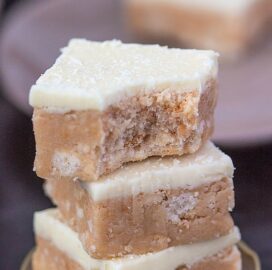 A delicious Paleo no bake protein rich snack which come with a vegan option too- Very low in carbs, high in fiber and protein and completely sugar free!
5 from 1 vote
Print Rate
Author: Arman

For the fudge base

For the fudge frosting- (Paleo version)

For the fudge frosting- (Vegan)

For the fudge base

For the Paleo frosting

For the Vegan protein frosting

Coconut flour differs brand by brand- When adding the milk, do it tablespoon at a time. Based on some readers, some have used as little as 1/4 cup whereas others had to use an extra full cup- That's dependent as well as which protein powder you use.
If your protein powder isn't sweetened, add granulated sweetener of choice- Monk Fruit (by Norbu) is paleo friendly.
If you do not have any dietary restrictions, I would recommend using Casein protein powder for both the fudge base and the protein frosting.
Tried this recipe?Give us a shout at @thebigmansworld or tag #thebigmansworld! 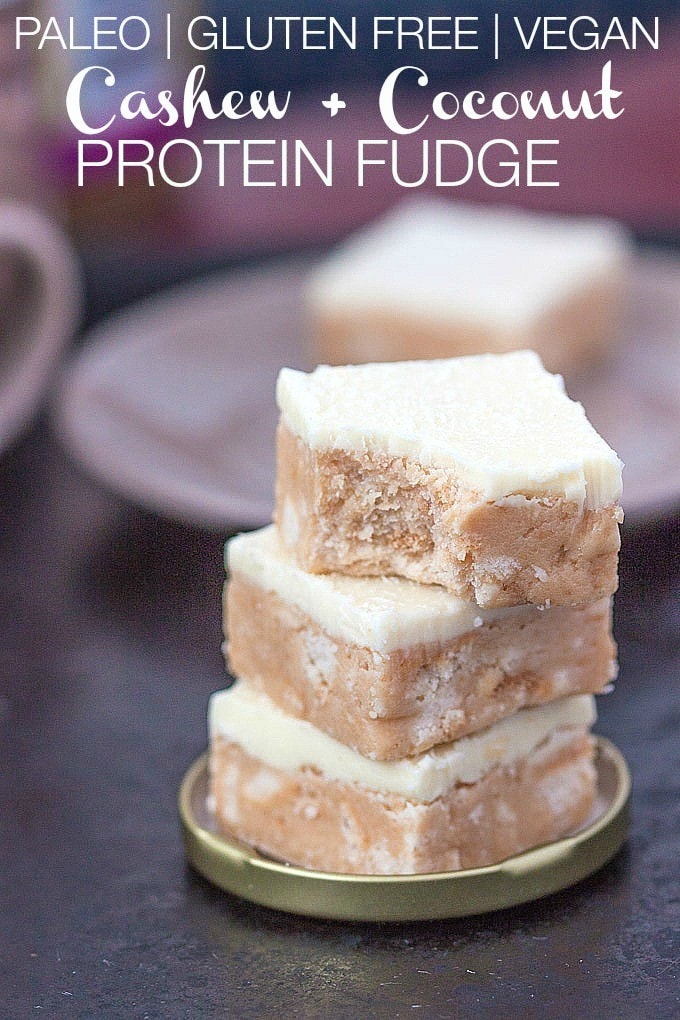 Want more of my favourite high protein, No bake recipes? Check these out! 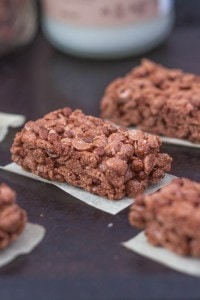 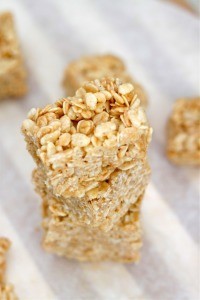 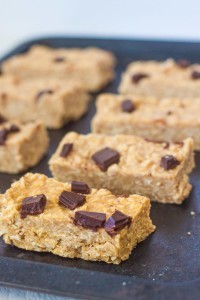 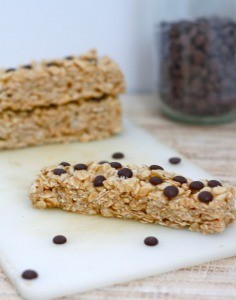