These keto soft pretzels are made using fathead dough and baked to perfection. Covered in a sugar free cinnamon sugar, they are low carb and grain free, but you’d never tell. No yeast, 2 net carbs per pretzel.

When it comes to keto bread recipes, my favorites include English muffins, naan bread, and low carb soft pretzels. 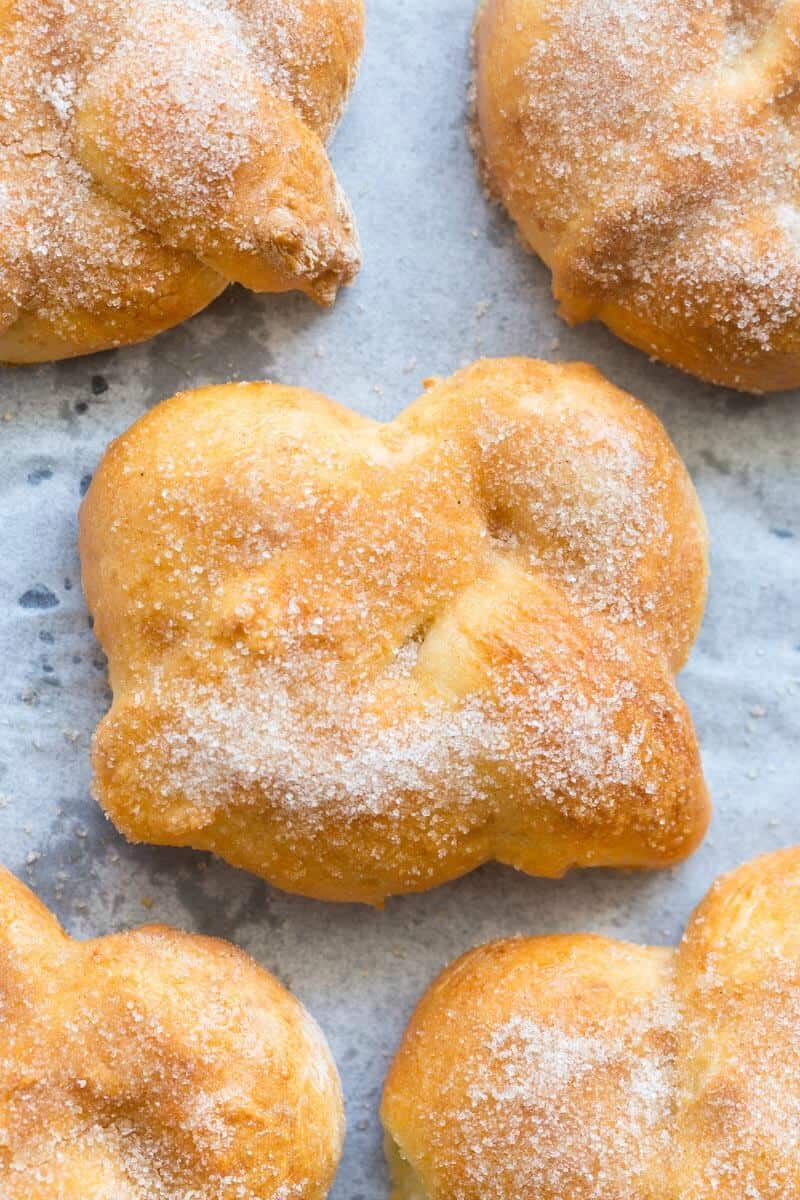 After making my fathead pizza dough, I wanted to use it to make other delicious keto baked goods. I’d read about how fathead dough can be used to make keto pretzels, so I wanted to try this version out. The beauty of fathead dough is that it is super mild tasting so I had no qualms about any savory flavor coming through.

These keto pretzels taste just like Aunt Annie’s pretzels, minus the carbs and sugar. They are chewy, fluffy and soft, and loaded with cinnamon and sugar flavor. If you’d like a savory pretzel, see my tips below to make original soft pretzels.

I made a few friends try them, and NO ONE could tell they weren’t made with flour or yeast!

How do you make keto soft pretzels?

Start by preparing your pretzel dough by mixing together your almond flour, melted mozzarella cheese, yogurt, and egg. Mix until completely combined and gently knead to form a ball of dough. Roll out the dough on a flattened surface and divide the dough into 6 portions. Roll out the pieces of dough into a thin, hot dog shape, around 10 inches. Carefully cross the dough over to form a pretzel shape. Bake at 180C/350F for 12 minutes, until golden on top. Remove from the oven and let cool completely, before dipping in the melted butter and covering in the cinnamon and sweetener mixture. 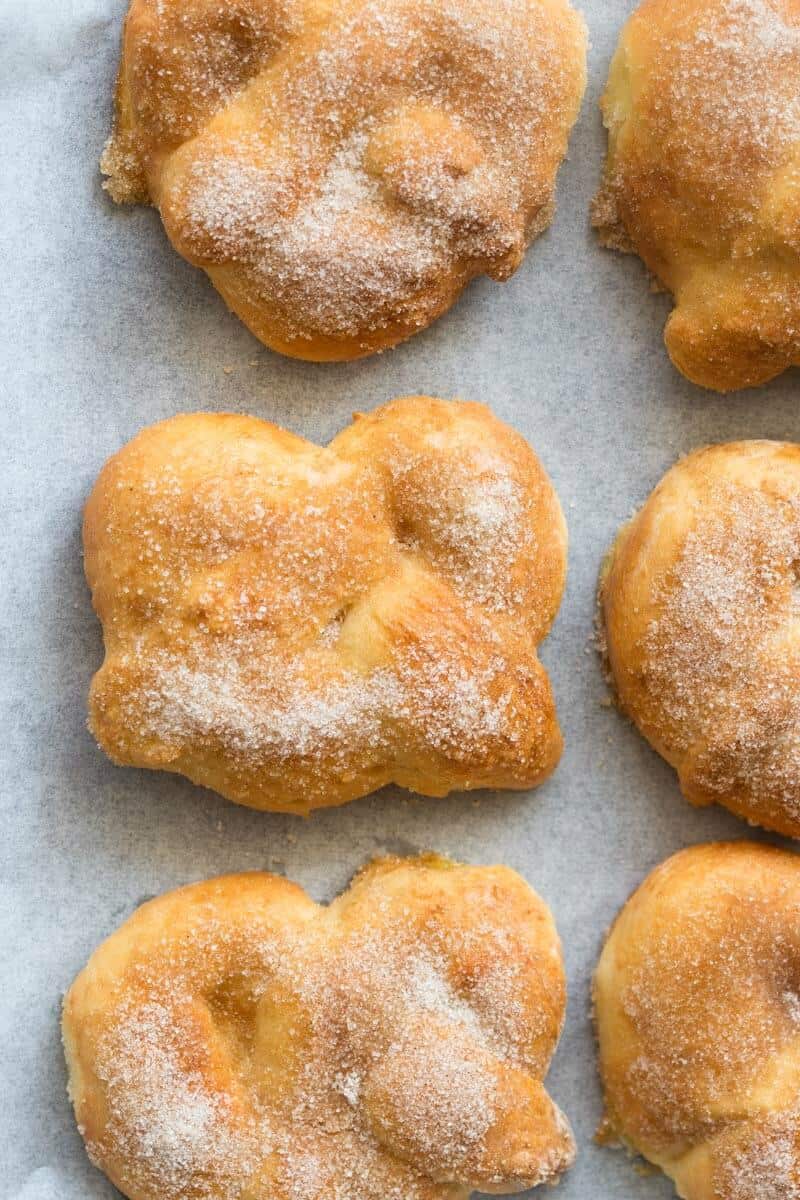 Can I make plain keto pretzels?

Yes, if you’d like to make plain keto pretzels, you can omit the cinnamon and sugar mixture. Instead, lightly brush the tops of the pretzels with melted butter or a whisked egg. 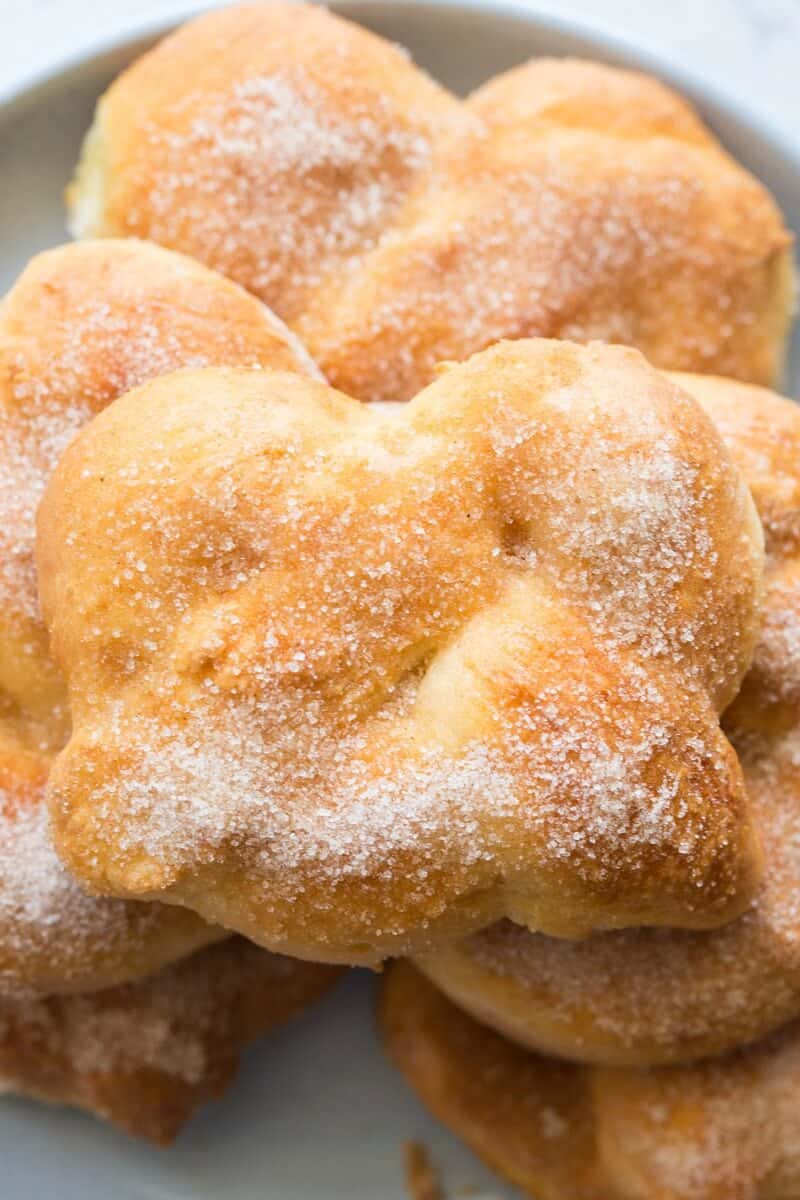 Can I make these pretzels vegan?

This recipe won’t work with subbing out the egg and using a dairy free cheese. You will enjoy making 2 ingredient soft pretzels or 2 ingredient cinnamon sugar pretzels. 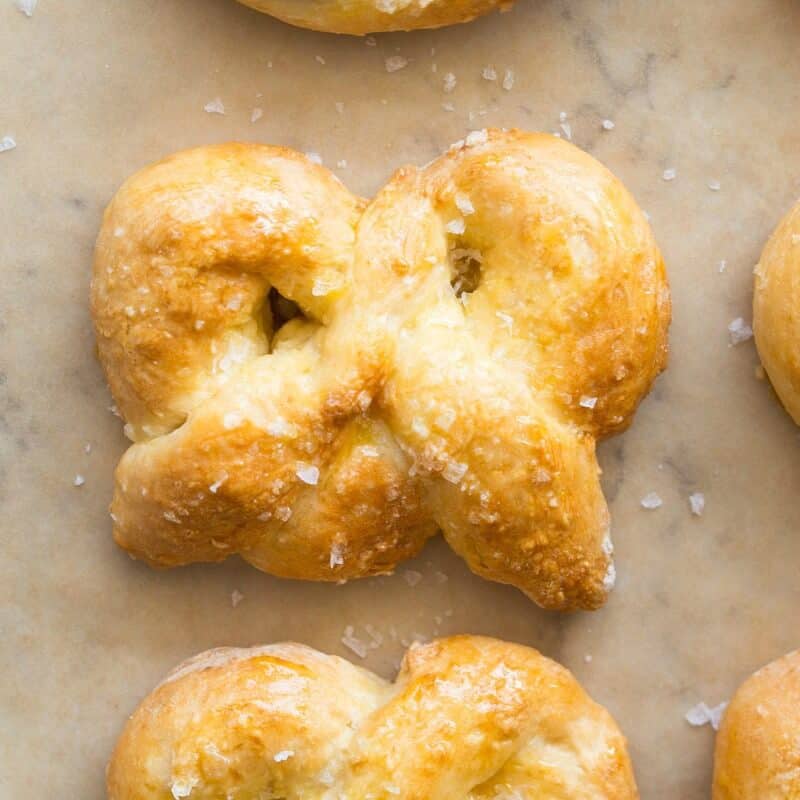 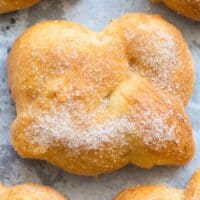 For the cinnamon sugar topping

For plain pretzels, omit the cinnamon sugar mixture.  TO STORE: Leftover soft pretzels should always be stored in the refrigerator, otherwise, they will spoil. Keep them in a covered container or ziplock bag, for up to 2 weeks.  TO FREEZE: Place pretzels in a ziplock bag and store in the freezer for up to 6 months. Thaw overnight in the refrigerator before enjoying it.  TO REHEAT: Soft pretzels are best enjoyed warm, so zap in the microwave for 30 seconds or in a toaster oven/oven for 5-6 minutes.