An easy recipe for gooey and fudgy keto chocolate brownies with raspberries baked in them! Made without butter, without grains, and without sugar, these gooey raspberry brownies are eggless, but you’d never tell! They are also low carb, vegan, paleo and gluten-free.

Brownie recipes are some of my favorite kind of chocolate dessert recipes. Is there anything better than a brownie loaded with zucchini, strawberries or baked with cookie dough?

Ever since I made these almond flour brownies, I knew I had to incorporate real raspberries in them somehow.

Can you bake brownies from scratch with raspberries?

I’d tried raspberry brownies in the past, but those brownies didn’t have real (fresh) raspberries in them. Instead, they used raspberry preserves and jam.

After making these brownies twice with fresh (and frozen) raspberries, I can attest that they work VERY well, as long as you distribute the raspberries both inside and on top of the brownies.

Soft and gooey on the inside, tender and with the crackly tops on the outside, these raspberry brownies will be your new favorite dessert!

Not only are these fudgy brownies with raspberries low carb and keto friendly, but it’s also grain free. I purposely made them without eggs and without sugar, meaning that they are also suitable for a paleo, vegan and gluten-free diet. 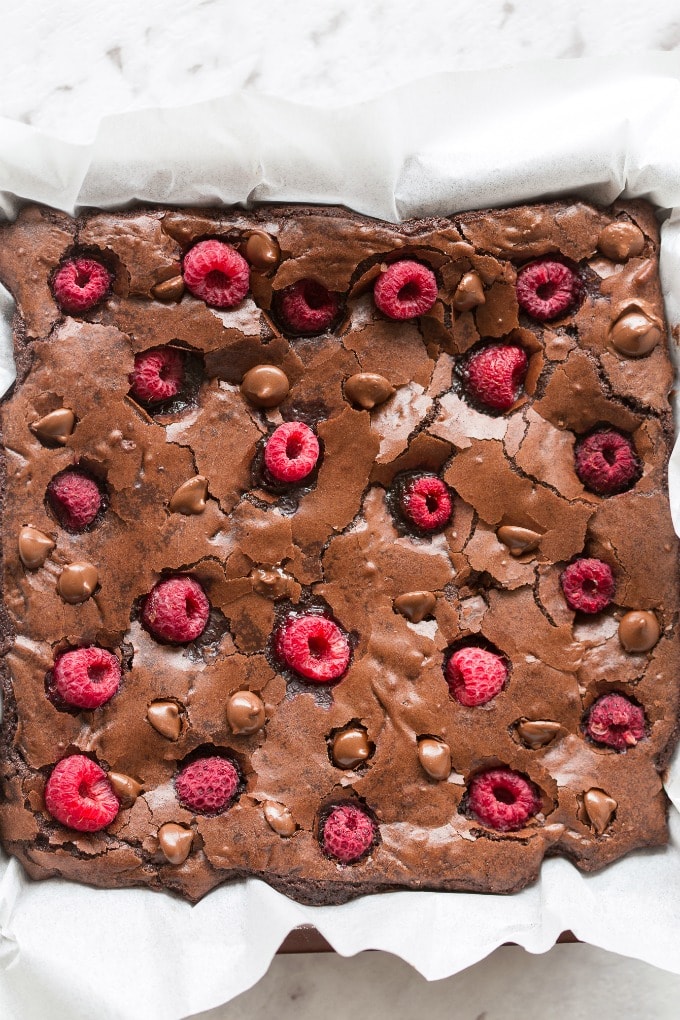 How to make chocolate and raspberry Brownies

How to prepare the Flax Egg

This recipe would typically use 4 eggs, so you will need to prepare the equivalent of 4 flax eggs. 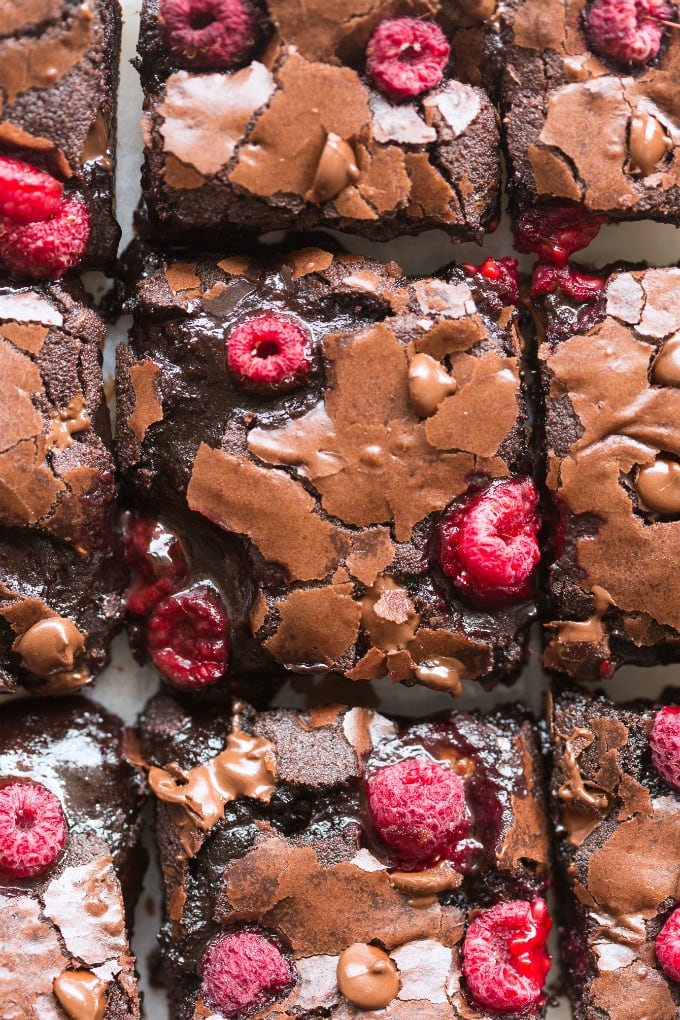 Can you refrigerate them? YES! Refrigerating the brownies is the best way to go, as they will maintain a thick and gooey fudgy texture, along with keeping fresh for at least a week.

Wrap each brownie individually in parchment paper and place in a ziplock bag.

To enjoy brownies from the freezer, thaw out at room temperature.

What to serve with raspberry brownies

These raspberry brownies taste delicious on their own, but take them up a notch by serving them with some fresh fruit, whipped dairy free cream or one of my homemade ice creams- 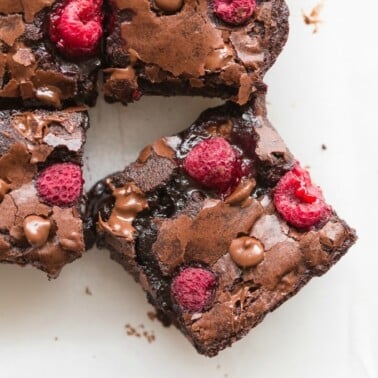 5 from 18 votes
An easy recipe for gooey and fudgy keto chocolate brownies with raspberries baked in them! Made without butter, without grains, and without sugar, these gooey raspberry brownies are eggless, but you'd never tell! They are also low carb, vegan, paleo and gluten-free.
Servings: 12 servings
Prep: 10 mins
Cook: 35 mins
Rate This Recipe Pin Recipe Print SaveSaved

Keto Chocolate Raspberry Brownies are best stored in the fridge and will keep for 7 days, covered. These brownies are also freezer friendly and keep well frozen for up to 6 months. 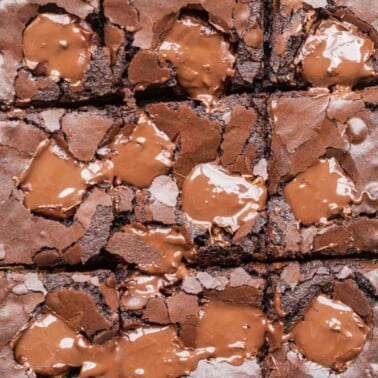 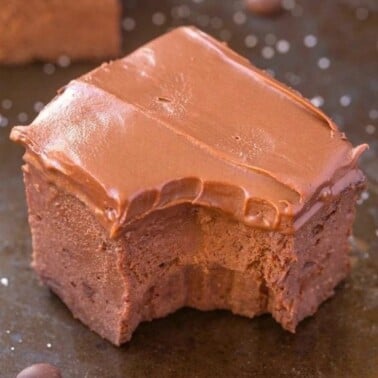 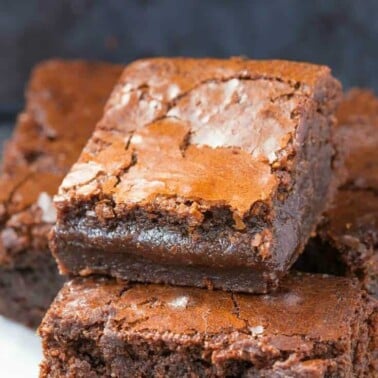 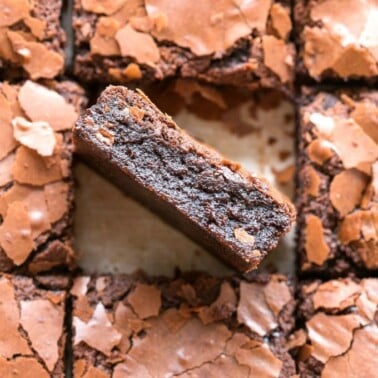