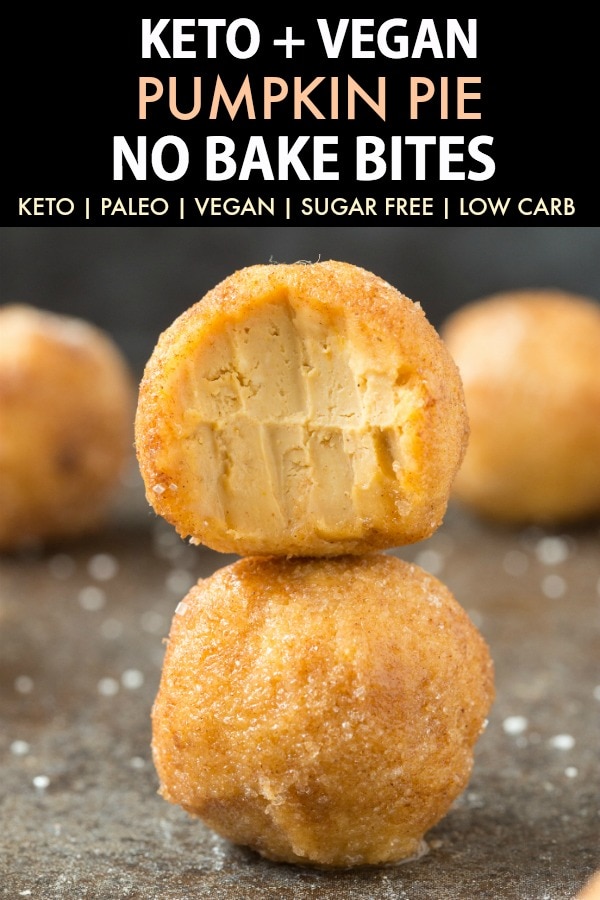 I’ve already shared a keto pumpkin cheesecake bites recipe, but that was lacking a little in the pumpkin flavor. Now in the midst of fall and Autumn, I feel like it’s the perfect time for the classic pumpkin pie to come into play.

I’ve wanted to do a play on a bunch of my keto fat bomb recipes. We’ve had almond joy, chocolate and coconut, and even pumpkin pie filling. It’s time for the creamy, delicious pie to get its fill!

I’m a huge fan of cheesecake, but it’s something I can only tolerate in small doses. These pumpkin pie no bake bites are the perfect recipe to satisfy the craving. Thanks to the use of dairy-free cream cheese, it has a slightly tangy yet smooth and creamy texture….while also loaded with pumpkin pie spices.

This might be sinful to some, but another reason I love these no bake bites is that unlike a traditional pumpkin pie, it has no crust. I’ve always been one to eat the fillings of pies and cheesecakes, so this recipe is my dream.

Of course, I wanted it to be quick, easy and healthy and this ticked the bill. In fact, I brought a batch of these for some friends to try, and they thought I was giving them straight up pumpkin cheesecake filling.

These no bake keto and low carb pumpkin pie bites may sound a little too healthy, but I promise they taste anything but. We’ve mentioned the texture already (Smooth, creamy, melt-in-your-mouth level) but the ingredients are all wholesome, healthy and suitable for most diets, including paleo and vegan readers. 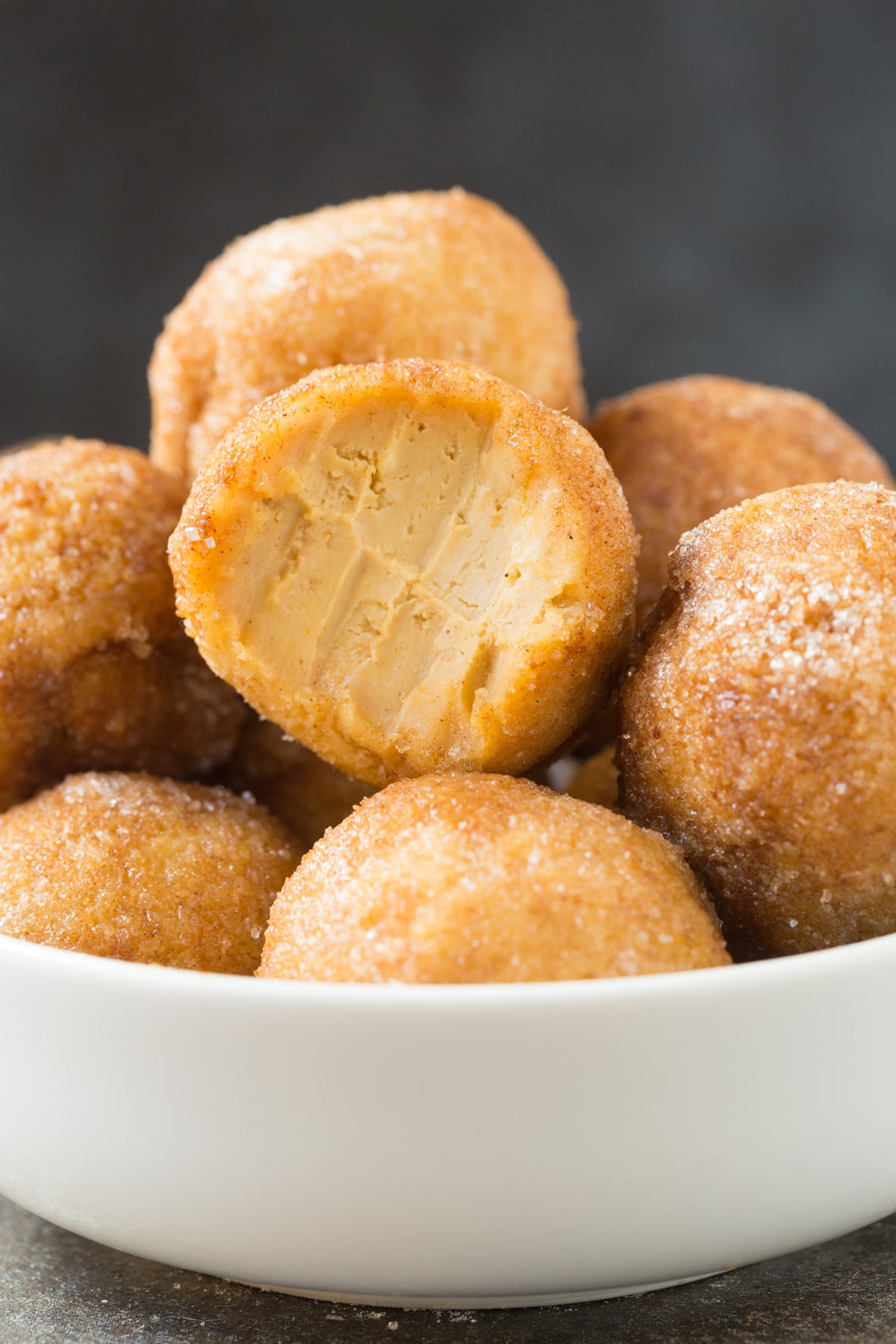 There are several options for the cream cheese part of the recipe.

Using a store-bought cream cheese is easiest, and most dietary lifestyles can be covered (and I’ve tested too!).

Keto friends, any full-fat cream cheese of choice will work. You can use some reduced fat varieties, but please be wary that the carbohydrate content generally increases, and some brands considerably.

There are many vegan and dairy free cream cheese varieties available on the market. Just be cautious that many have savory flavorings, so choose a plain version. Spreadable or softened cream cheese works best.

Making your own homemade dairy free cream cheese works too, and I’ve included a recipe and instructions in this post.

THE NUT OR SEED BUTTER

While any nut or seed butter works, I wanted to keep these no bake pumpkin pie bites nut-free. As such, I used a no added sugar sunflower seed butter. It combined well with the cream cheese and had a nice overall flavor.

If you don’t have a nut allergy, almond butter or peanut butter (not technically paleo) can be used. Cashew butter is also fantastic and would be best for a more pumpkin cheesecake fat bomb flavor. 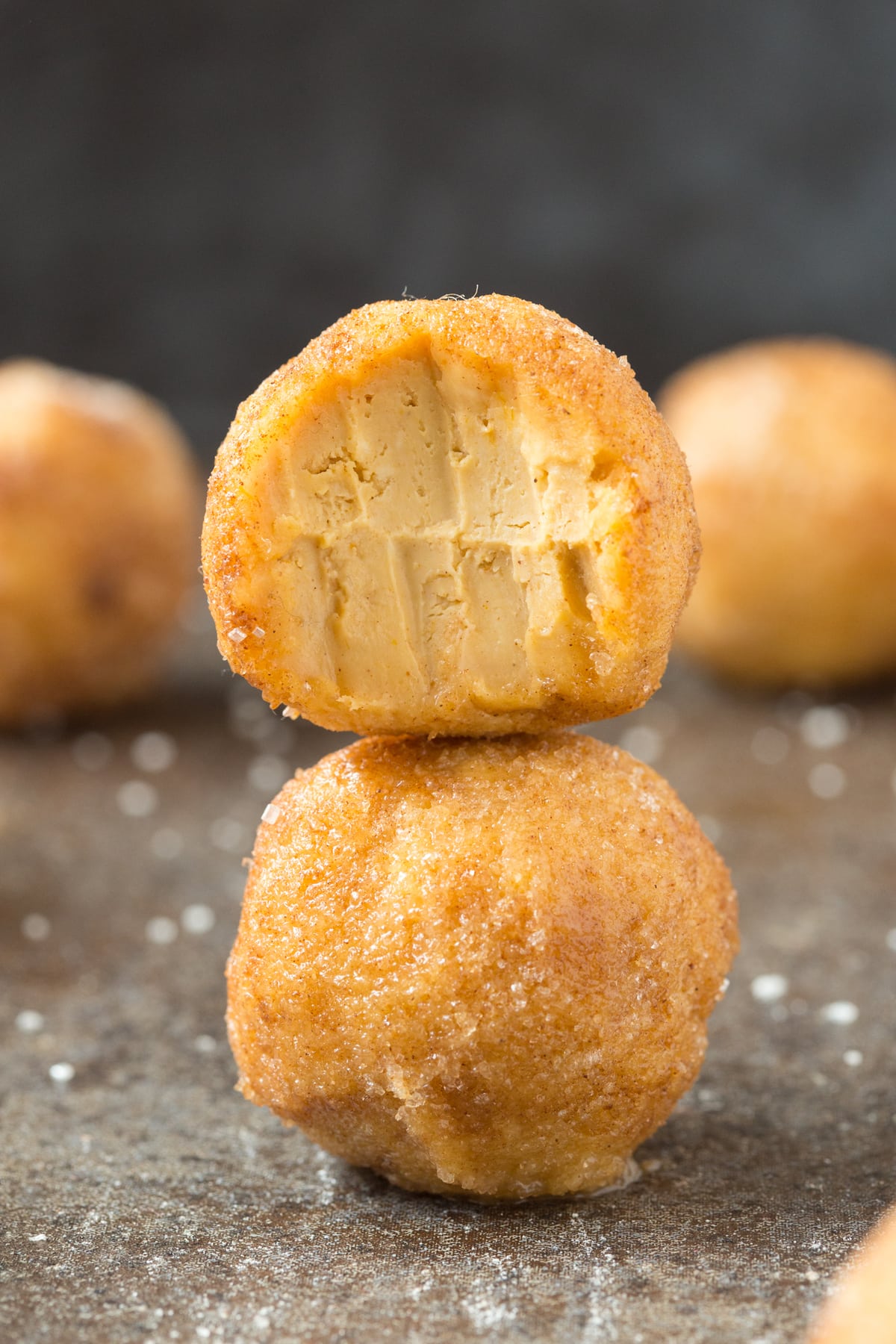 After traveling extensively outside of America, making homemade pumpkin puree is easier than we think!

Alternatively, if you have access to it, using an unsweetened 100% pumpkin puree is perfect. Don’t use pumpkin pie filling, as that is pre-sweetened and loaded with sugar.

THE GRANULATED SWEETENER OF CHOICE

To make these pumpkin cheesecake slash pumpkin pie fat bombs, I used a monk fruit granulated sweetener. Not only is it keto and vegan-friendly, but it also has the perfect sugar-like texture. Monk fruit sweetener is also low carb and stevia sweetened, so it is all natural. 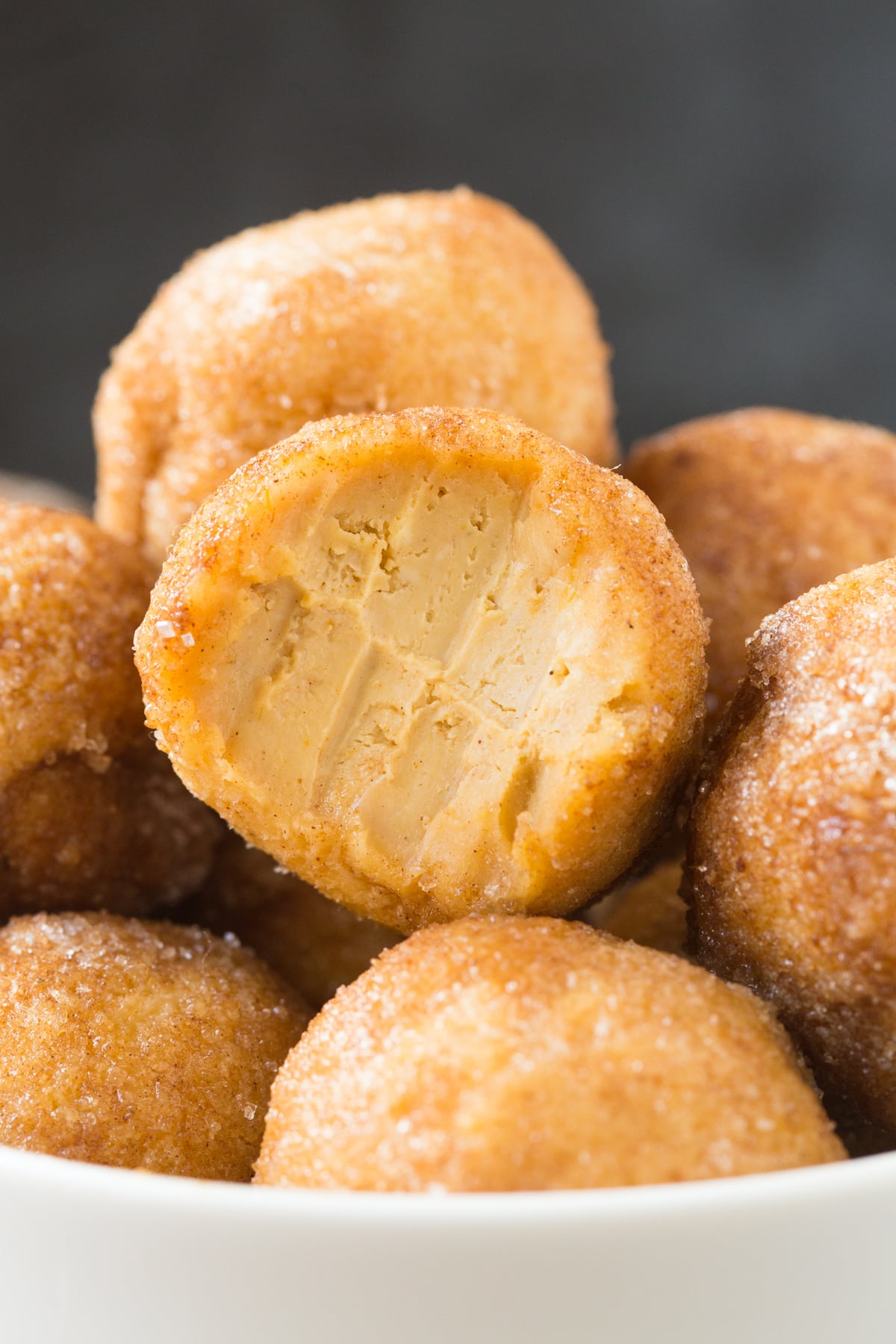 Pumpkin pie fat bombs, keto pumpkin cheesecake fat bombs or paleo vegan no bake pumpkin bites- The name may change but the taste and texture of this healthy no bake pumpkin dessert remain the same- It needs to be made, STAT! 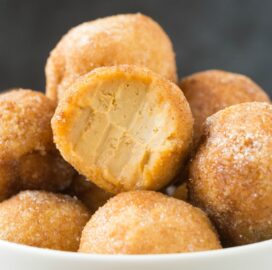 * For keto followers, any cream cheese of choice works- Ensure it is full fat. For vegan/dairy free followers, any plain vegan cream cheese works, ensure it is not flavored or savory. See post for the homemade option. No Bake Low Carb Pumpkin Pie Bites (Paleo, Vegan) should be kept frozen, and enjoyed slightly thawed at room temperature. They keep for up to a week.